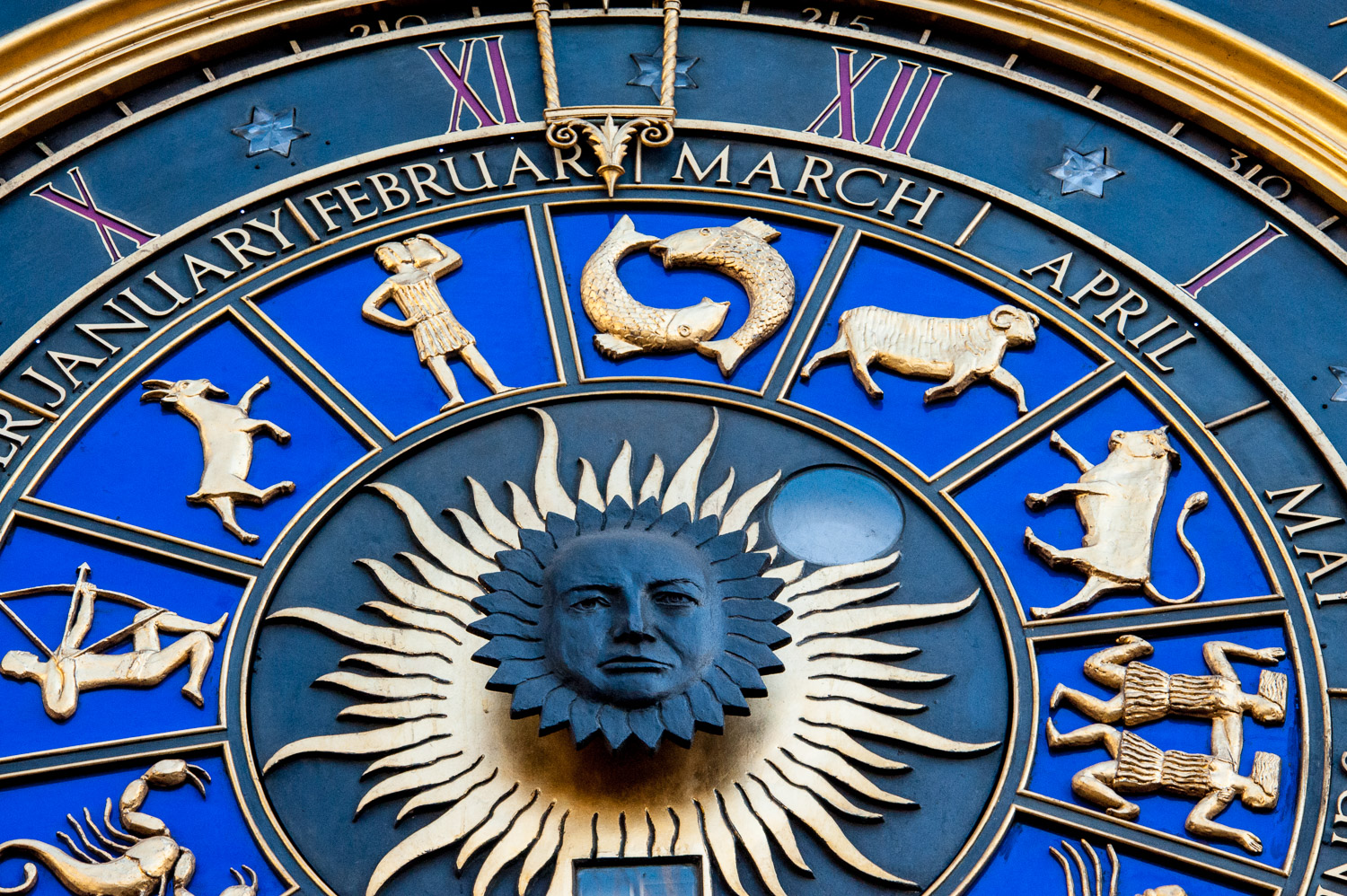 Walking along Cannon Street one day I was captivated by this wonderful Zodiacal clock – especially as one wouldn’t expect to see astrological symbols in the pragmatic, businesslike, City of London. Configured like a dial, the names of the months are inscribed around the circumference and the inner ring has panels with signs of the Zodiac corresponding to the months. What also caught my eye was the gilt bronze sunburst at the centre, on which can be plainly seen the features of Winston Churchill. The building is called Bracken House and used to be the head office of the Financial Times. It is named after Brendan Bracken, its chief editor after the war.

During the War Bracken served in Churchill’s wartime cabinet as Minister of Information. George Orwell worked under Bracken on the BBC’s Indian Service and deeply resented wartime censorship and the need to manipulate information. If you like slightly wacky theories, there is one that the sinister ‘Leader’ in Orwell’s novel 1984, Big Brother, was inspired by Bracken, who was customarily referred to as ‘BB’ by his Ministry employees.

Only a five minute walk away at 107 Cheapside you will find another splendid collection of Zodiacal signs arranged in twelve relief panels around the main door. The building was originally the headquarters of the Sun Life Insurance Company. When the Lord Mayor opened the building in July 1958 he said he felt sure that the signs would ‘attract a considerable number of people to inquire what you can do for them’. This would have been a remarkable marketing success, but sadly there is no record of long queues forming to purchase life insurance. The sculptor was John Skeaping who, incidentally, was Barbara Hepworth’s first husband. 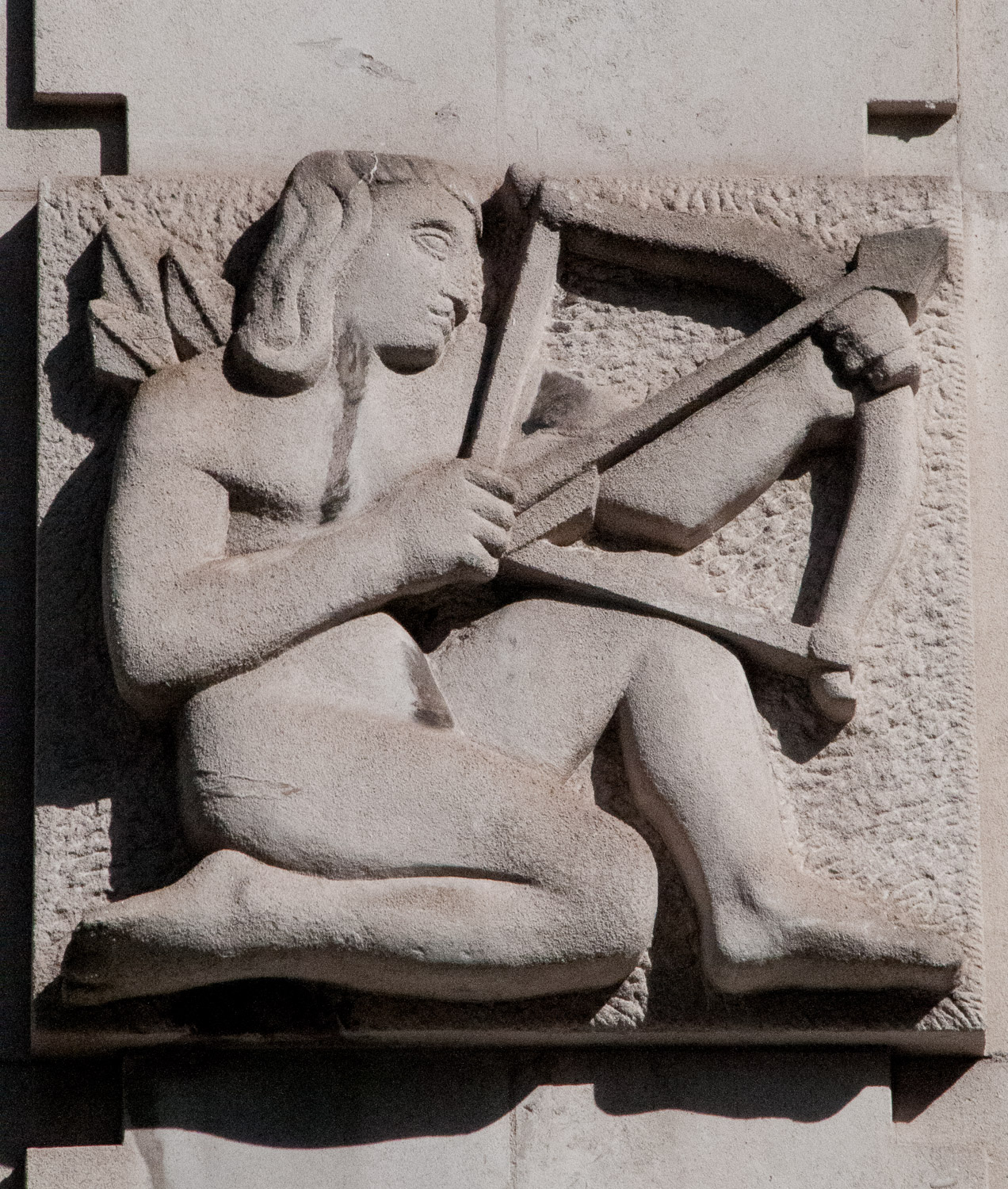 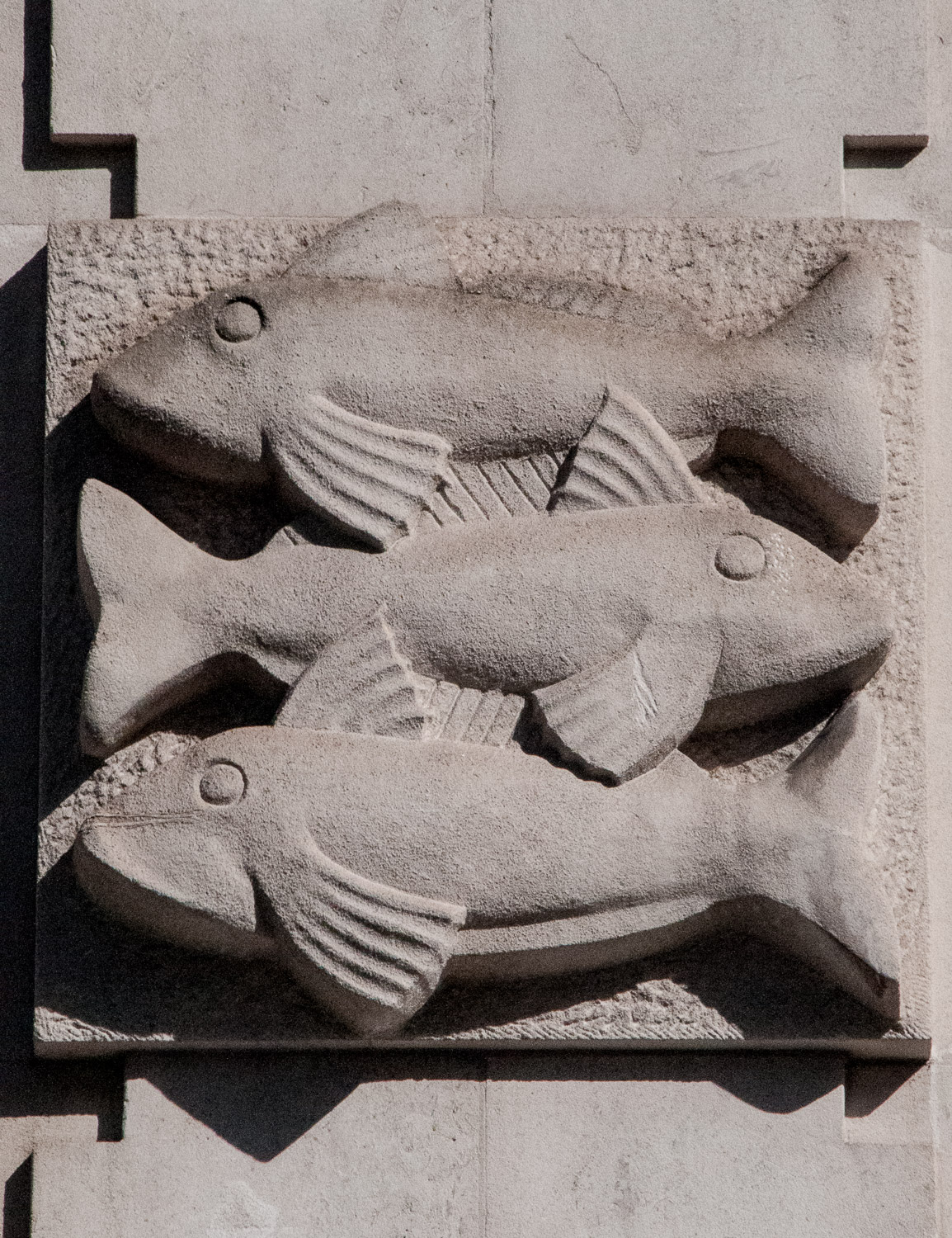 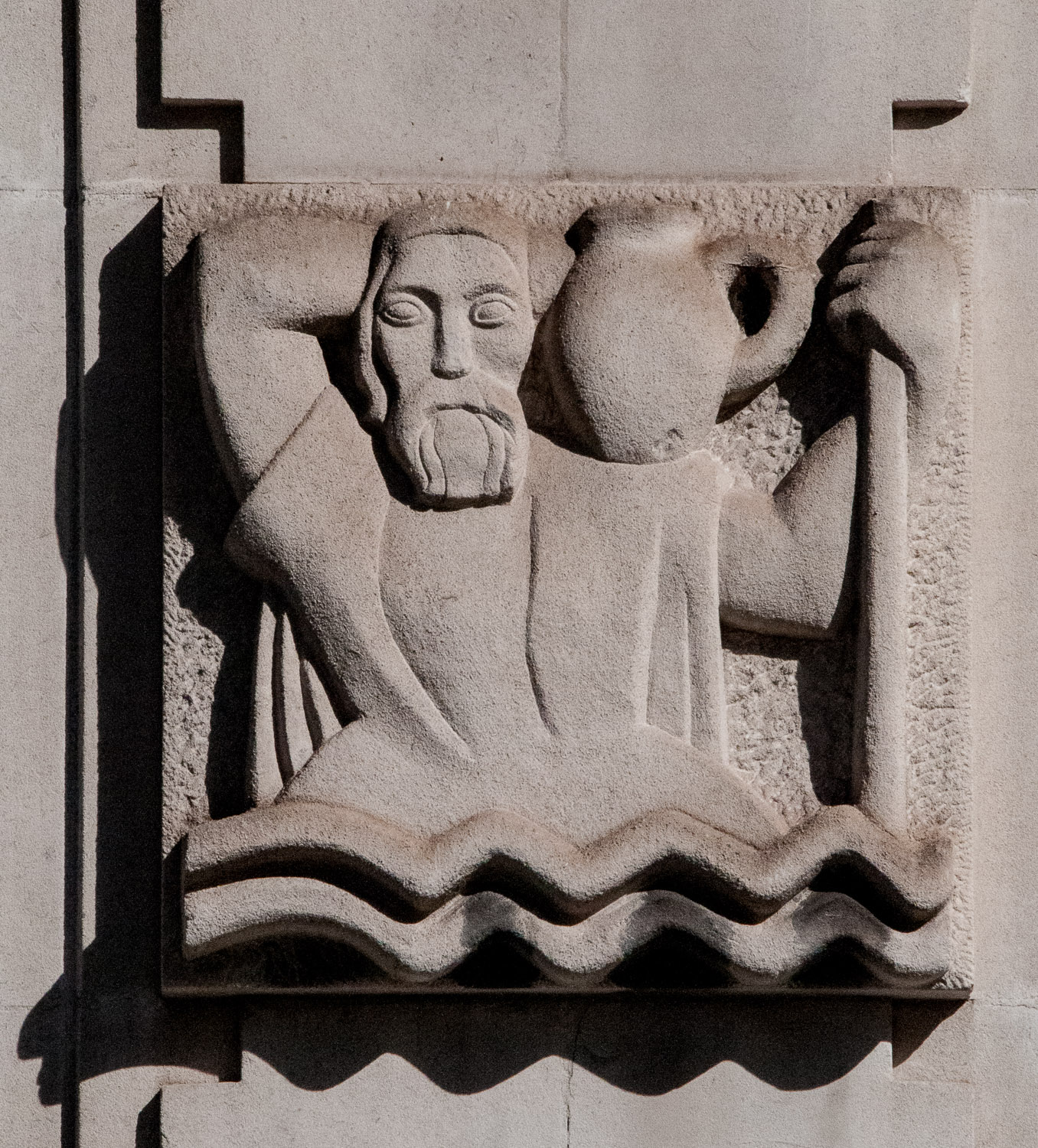 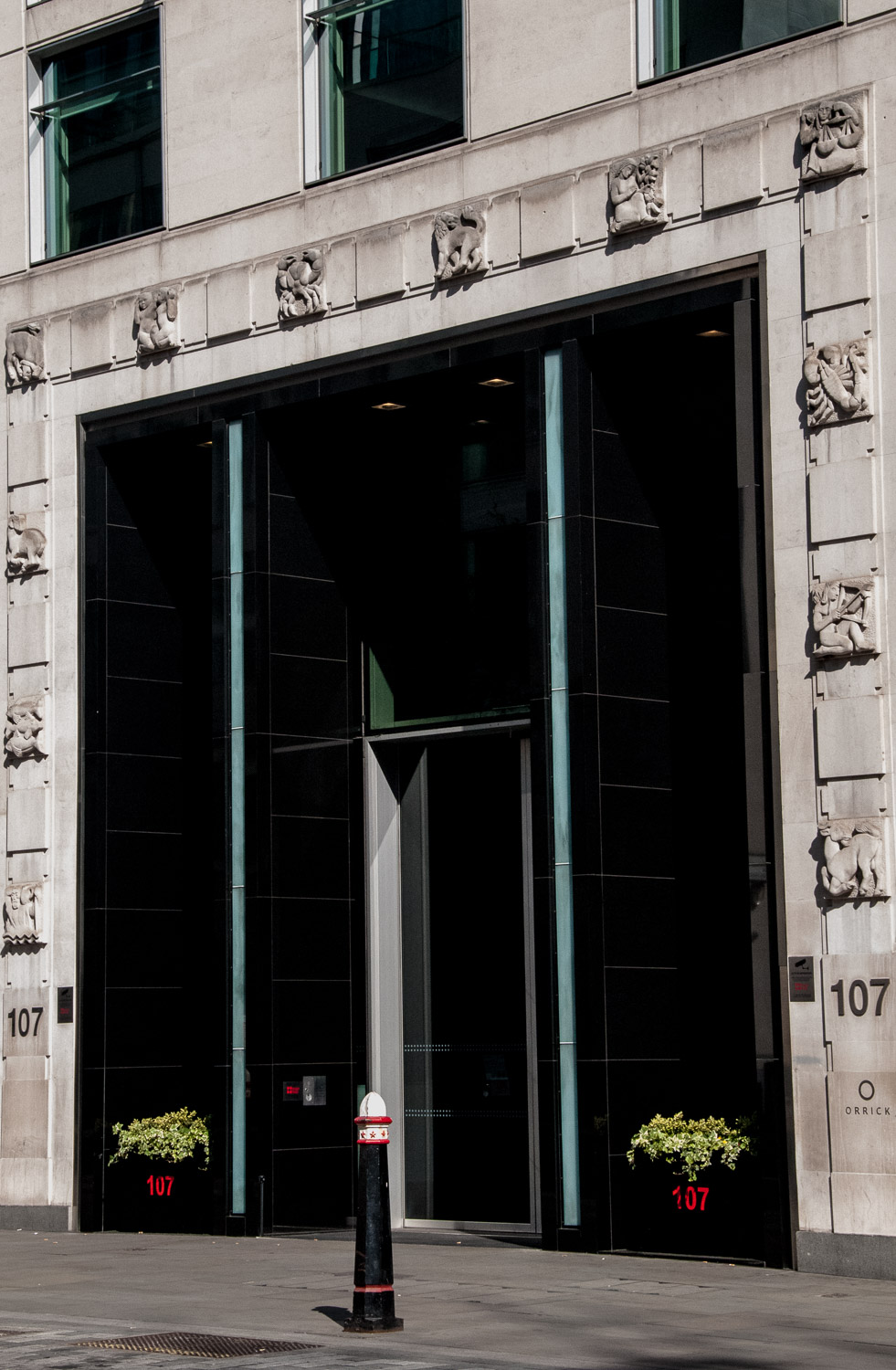 The entrance to 107 Cheapside