In today’s blog I have pulled together two subjects that I have found really interesting in my City wanderings. They are not linked thematically at all, but I hope you will still enjoy reading about them.

When we think of ‘London at War’ we tend to think of the Blitz, but Londoners were also at considerable risk during the First World War.

The first Zeppelin raid on London took place on 30 May 1915. At 10:50 that night Zeppelin LZ38 looped around London and, from a high altitude and barely heard, it dropped eighty-nine incendiary bombs and thirty ‘man killing’ grenades. The historian Jerry White tells us, in his splendid book Zeppelin Nights, that there were seven fatalities that night, including four children. Two of the children and two of the adults were burnt to death as a result of fires started by the incendiaries. He goes on to say …

Londoners met the raids with that unpredictable mixture of sangfroid and blind terror that characterised their response to aerial warfare throughout the First World War.

The last attack on Britain did not take place until 5 August 1918, when four Zeppelins bombed targets in the Midlands and the North of England.

There is still some evidence to be seen of the destruction, and the terrible danger you were exposed to if you were on the street during a bombing raid … 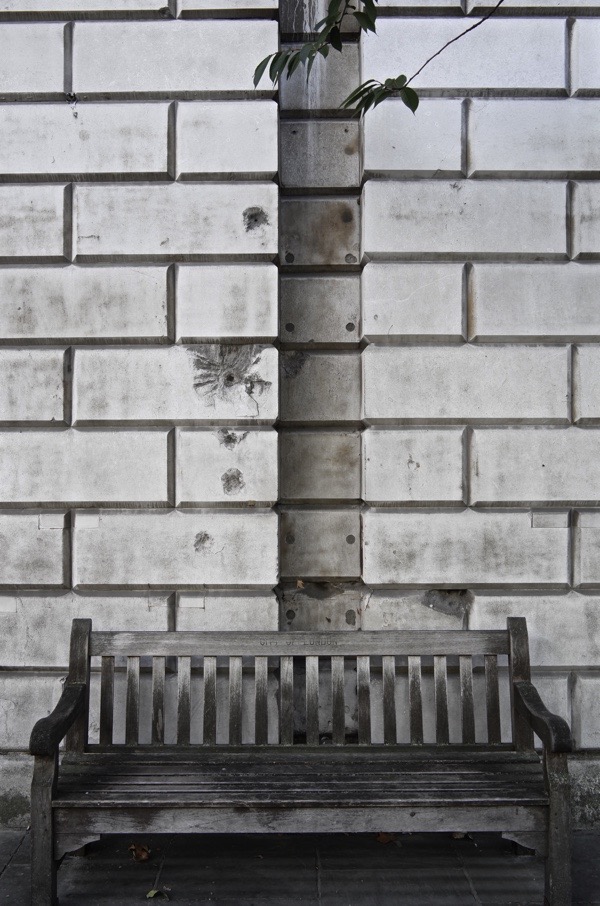 Damage at St Bartholomew’s Hospital from Zeppelin raids on 8th September 1915 and on 7th July 1917. Photo courtesy of Spitalfields Life. 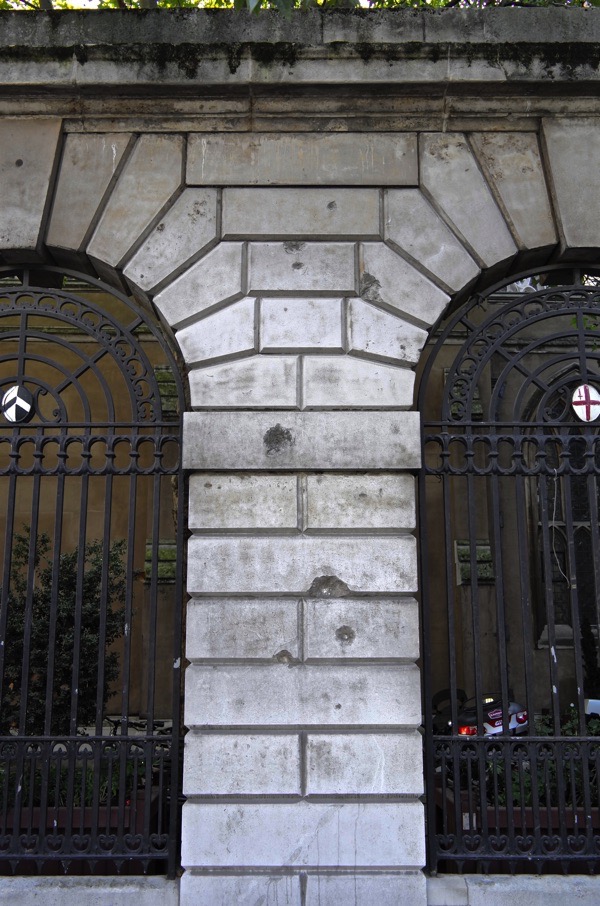 And damage from the Second World War … 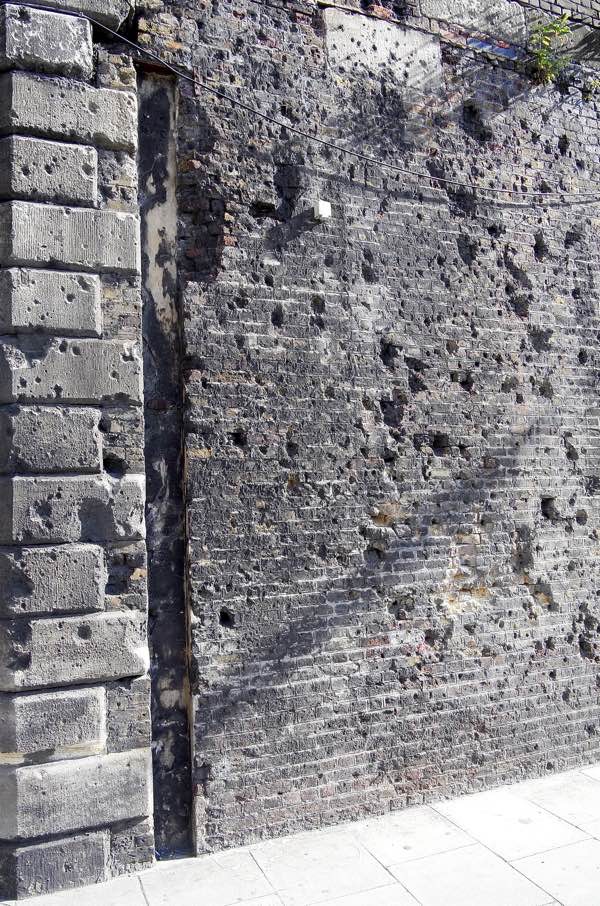 Once I saw the pictures in Spitalfields Life I kept an eye open for other evidence and, sure enough, on the wall of the Bank of England in Princes Street … 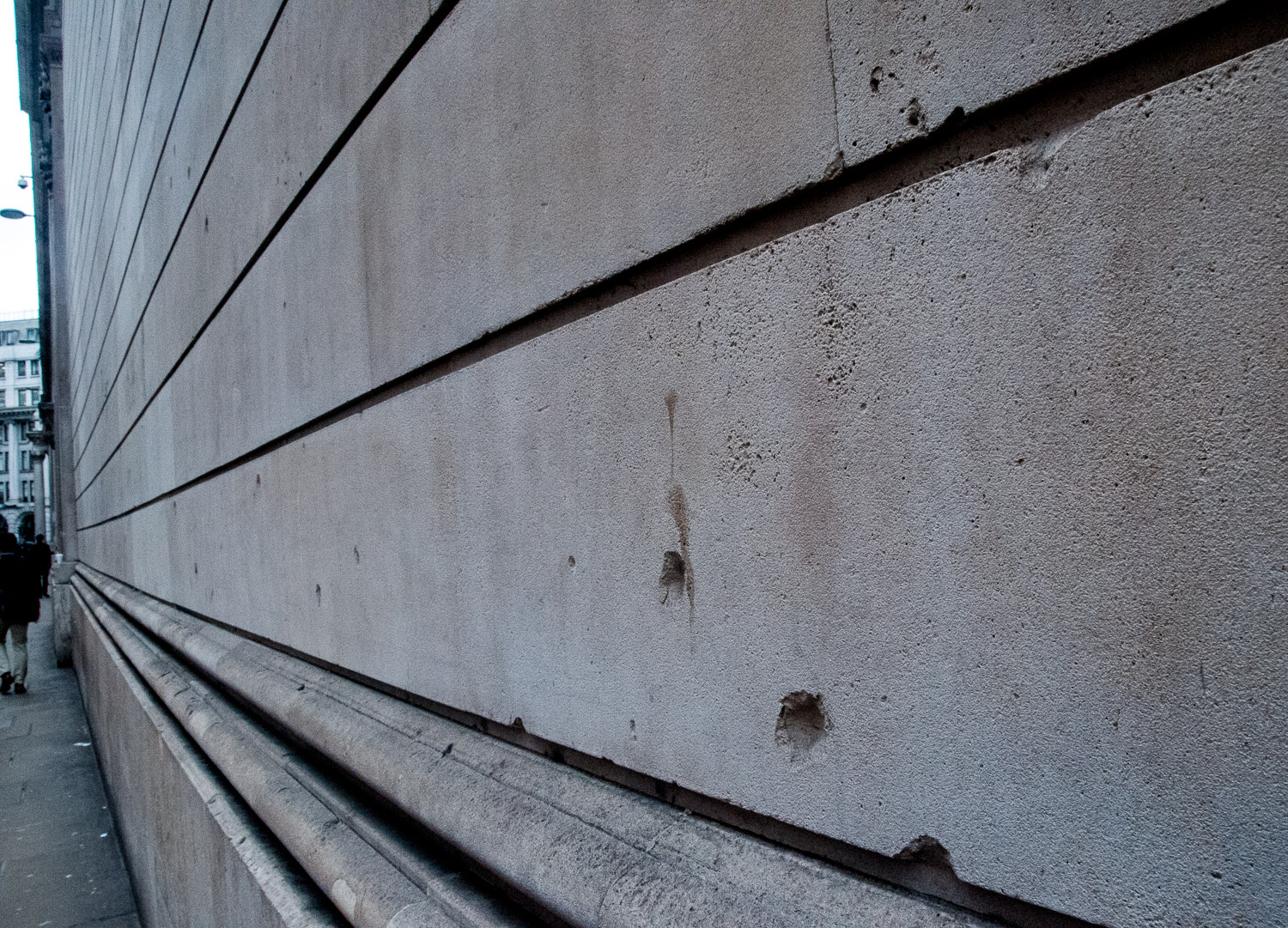 Wall of the Bank of England.

And more of the same … 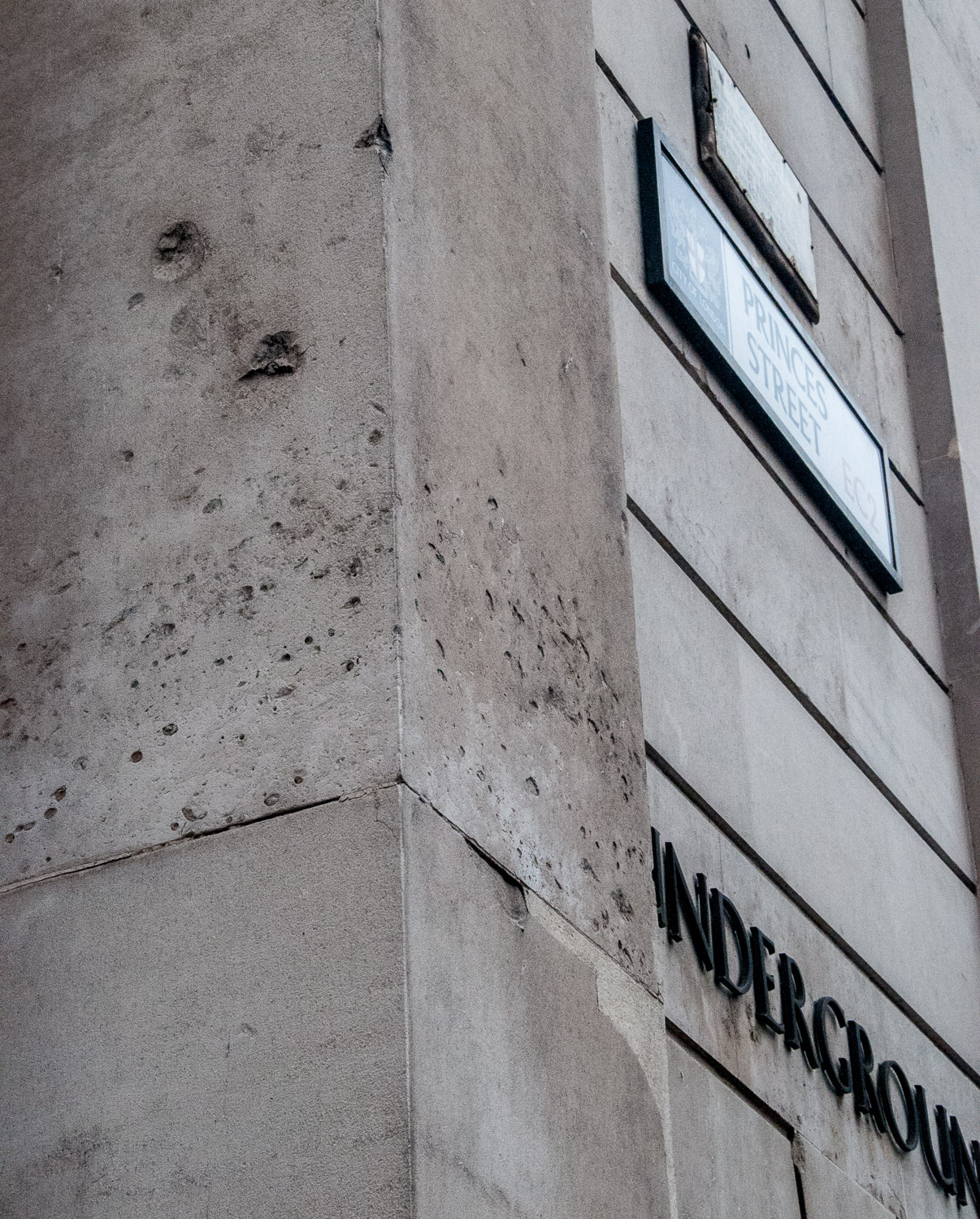 Beside the entrance to Bank Underground. 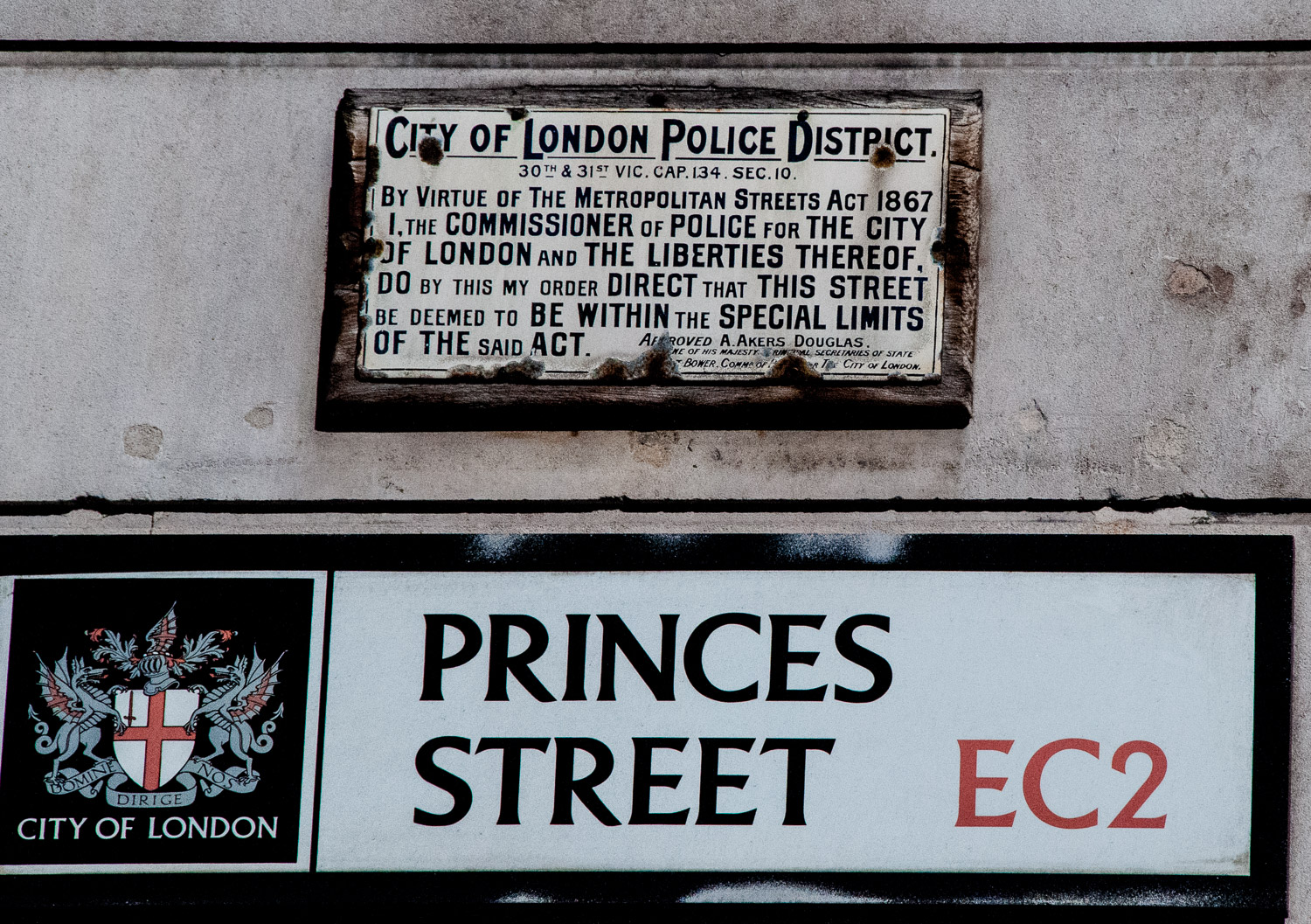 The signatory, Aretas Akers-Douglas was First Commissioner of Works from 1895-1902, so the notice is a remarkable survivor.

Parish boundary markers will probably be a familiar sight to anyone who has worked in the City.

Long before the advent of the London borough, the parish already existed for spiritual purposes and had a form of management.  This was the ‘vestry’ and so a mechanism was in place for getting local people together, either in the church or in a nearby vestry hall. It was to the parish that local administrative responsibility was gradually given by Parliament. Even when new statutory bodies were set up to deal with lighting, policing, paving, sewerage and so on, the parish remained as the local unit capable of raising its local rate or tax. It was therefore important that people knew what parish they lived in and where the boundaries were. From this emerged the need for distinctive markers.

Here are some example I have found … 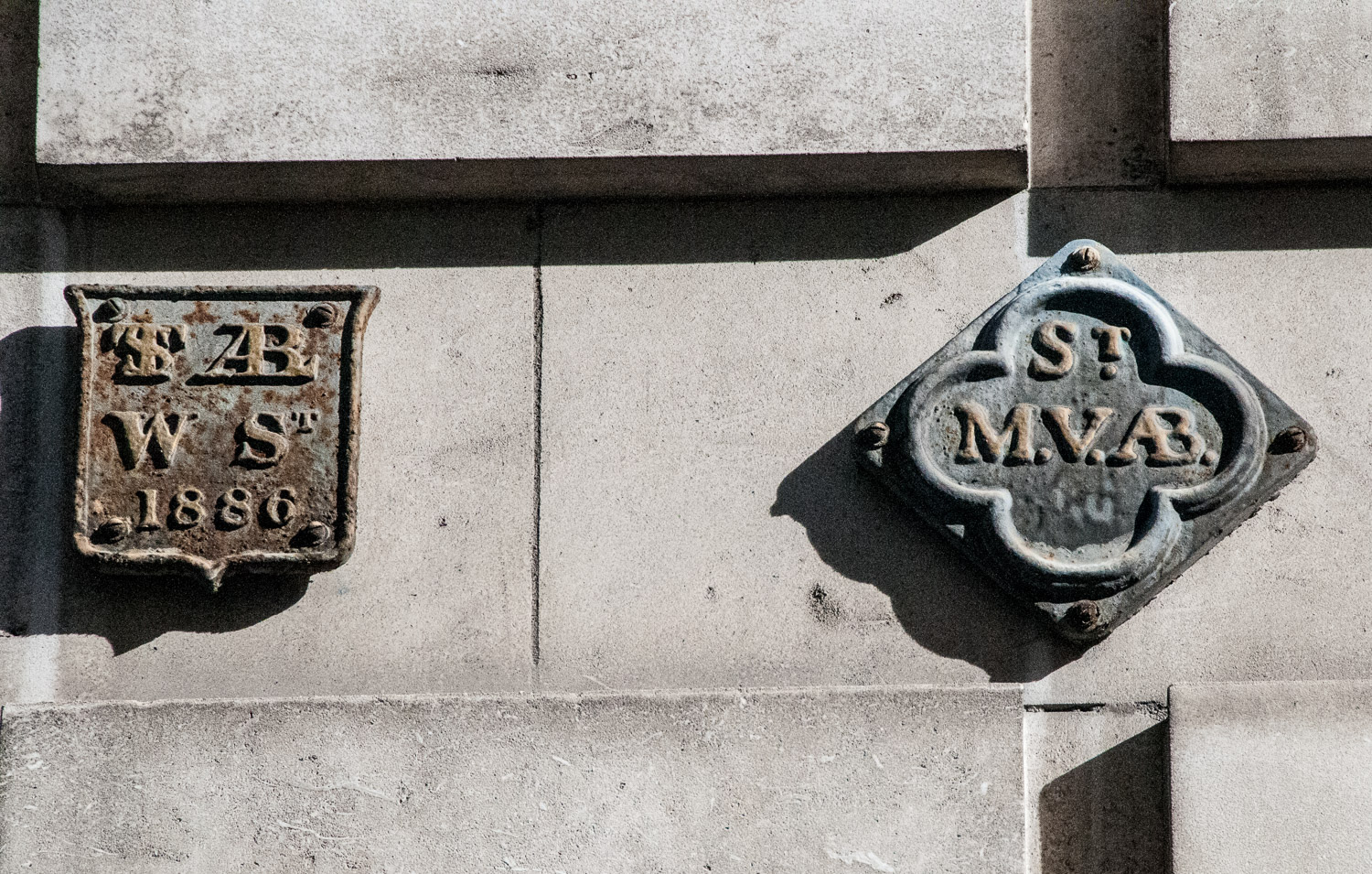 Love Lane EC2V : On the left, St Alban, Wood Street, on the right the marker for St Mary Aldermanbury.

A St Martin-in-the Fields parish marker, on a lamp post in Fleet Street 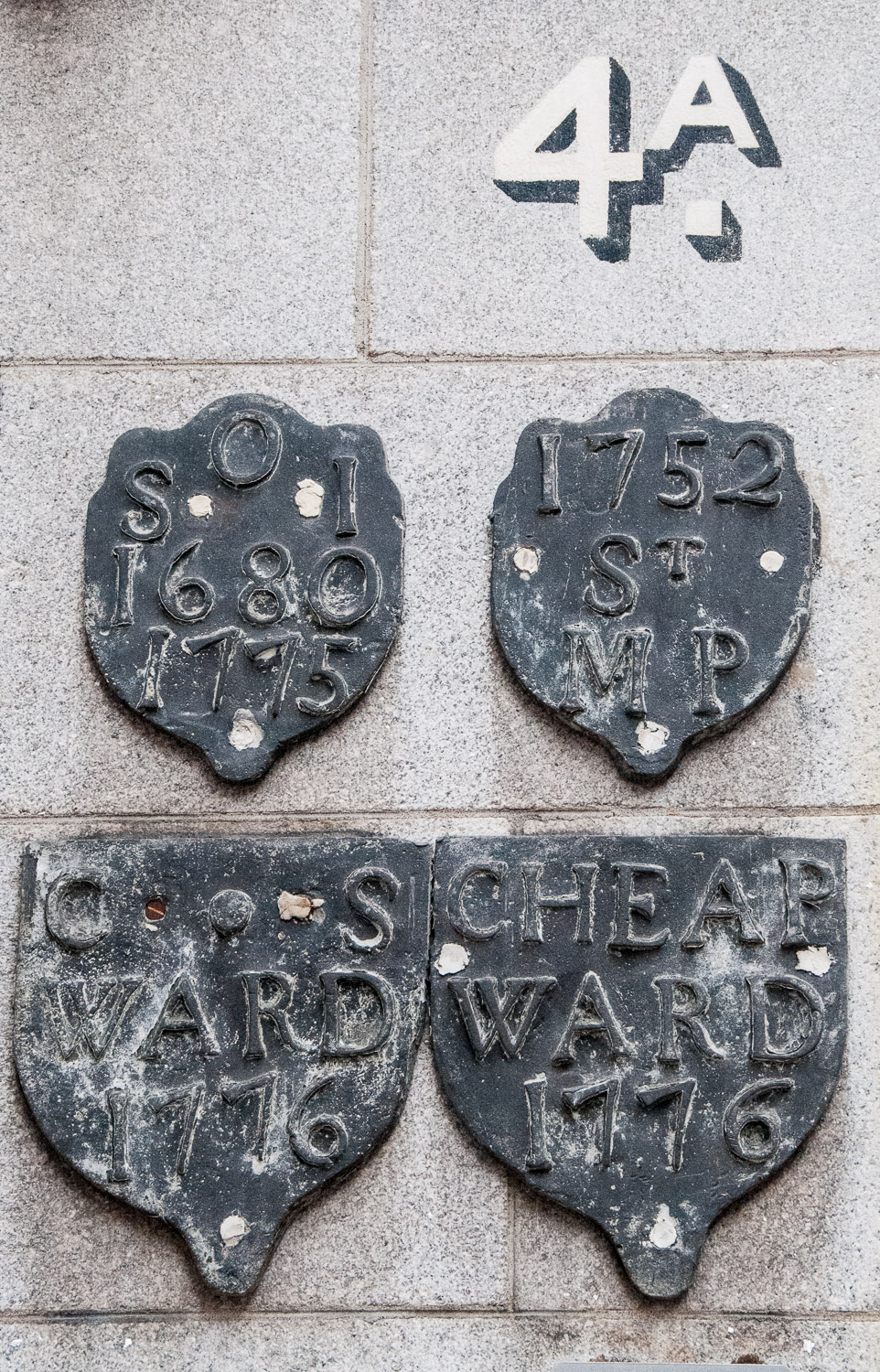 At Frederick’s Place EC2R, clockwise from top left are markers for: St Olave Old Jewry, St Martin Pomeroy and Cheap Ward. I am still researching the last one. 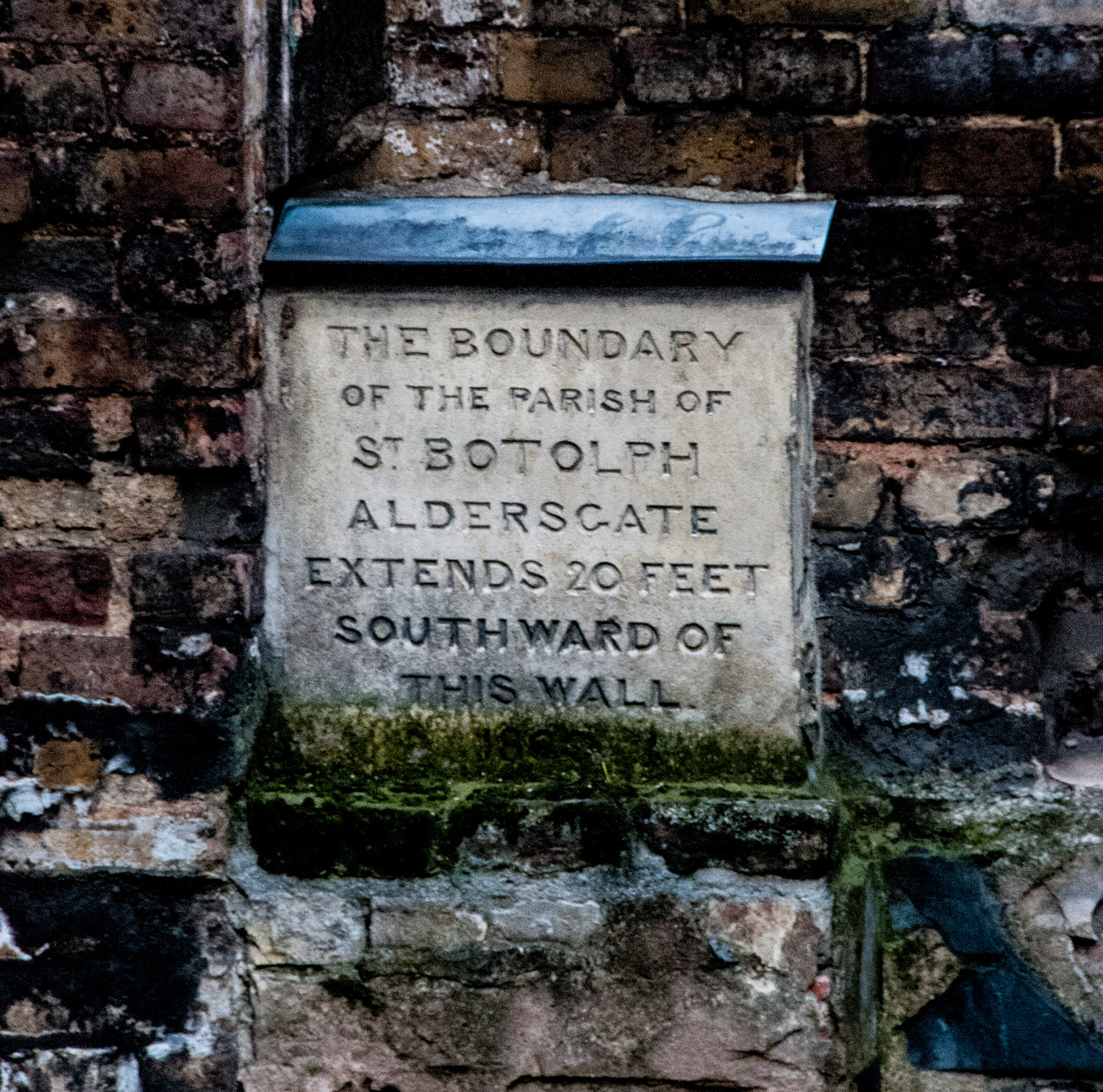 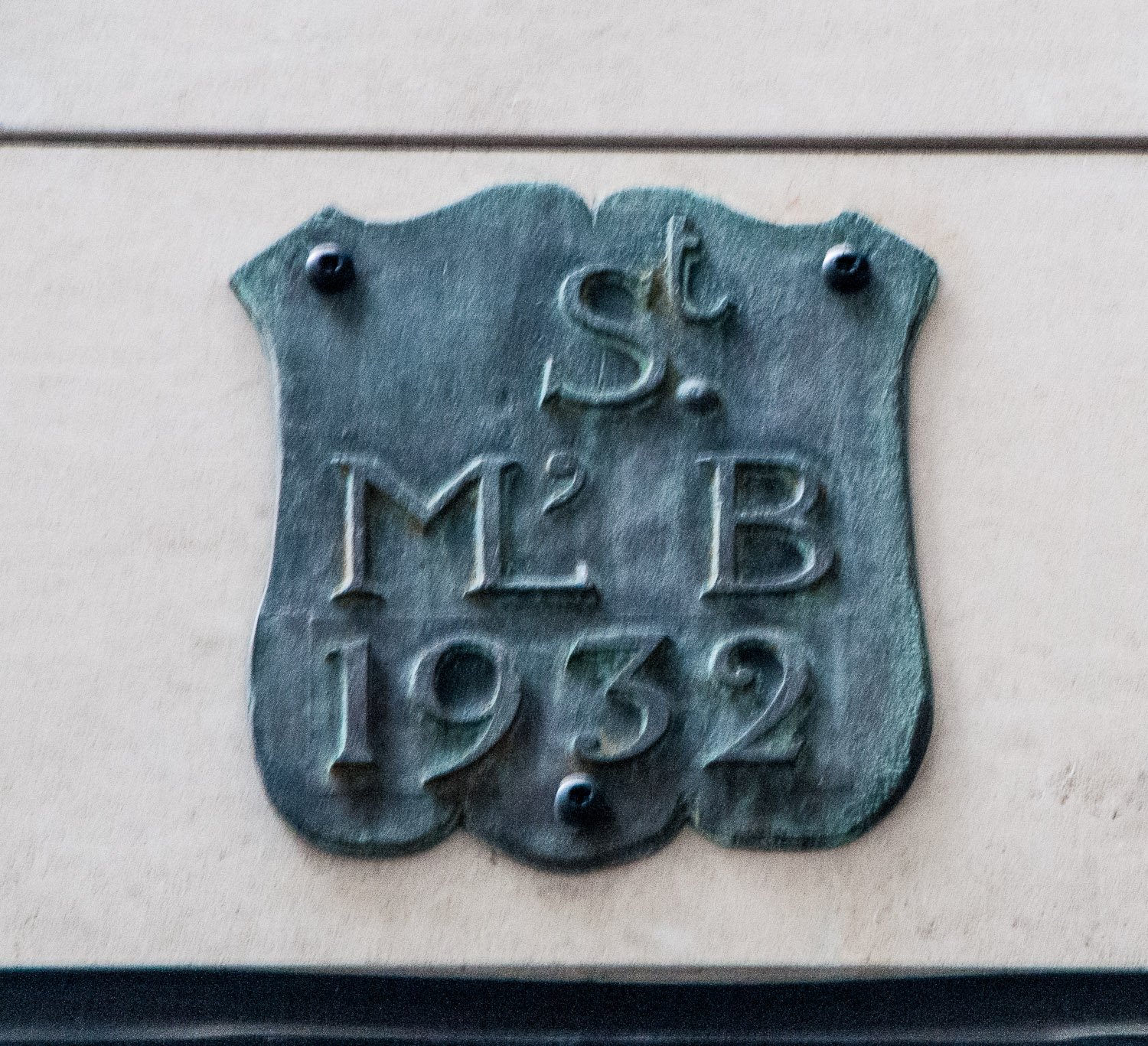 Honey Lane EC2V : a marker for the parish of St Mary-le-Bow 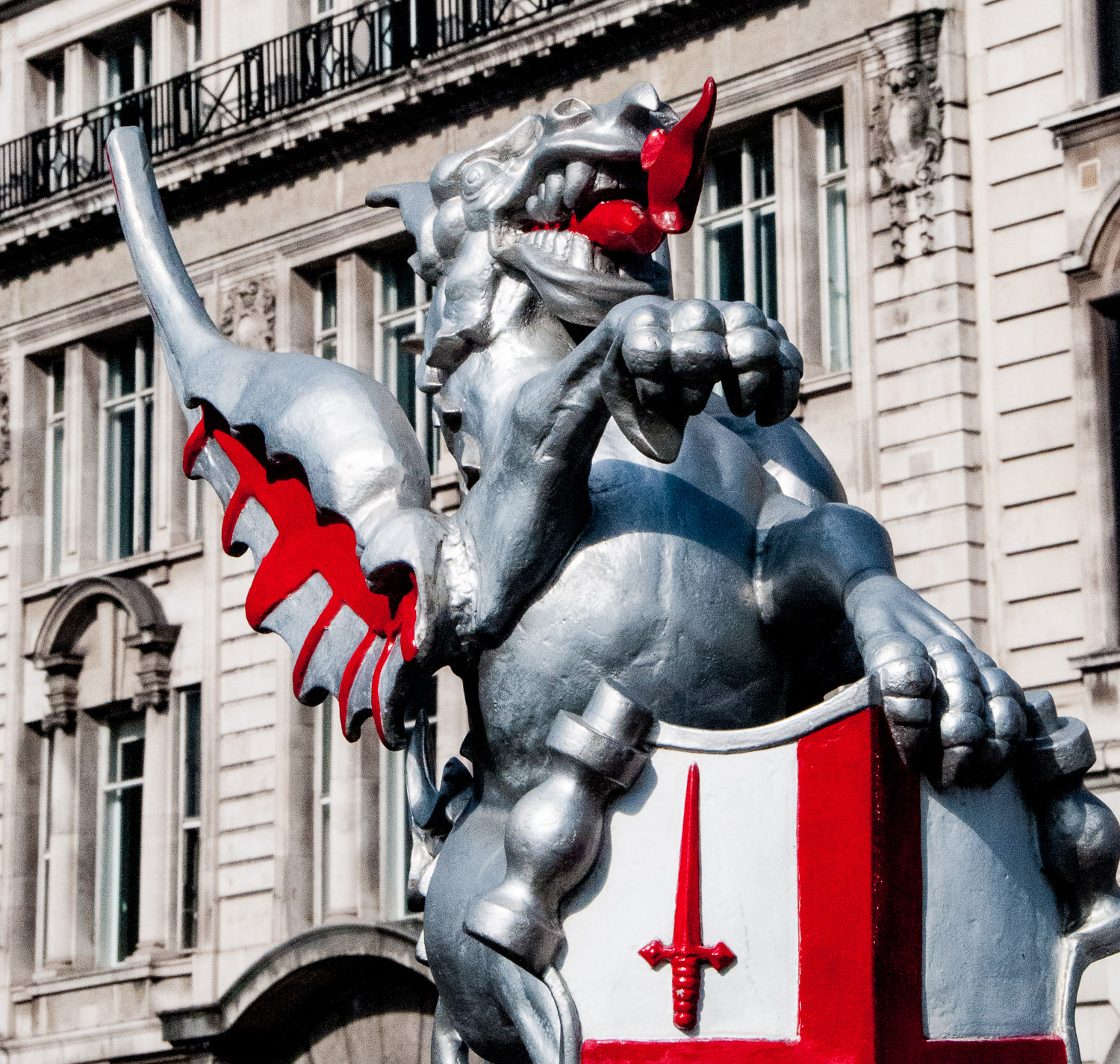 The most famous boundary marker of all – the City of London Dragon. See my earlier blog from October last year: ‘Dragons and Maidens’.

I will be returning to the subject of Parish Markers later in the year – lots more research still to do.

The City Parishes and their boundaries