Samuel Pepys is one of my heroes. Clever, witty, curious, hard-working and, some would say, licentious, we owe him a lot. His diary gives us a wonderful insight into his times, and his work on the Navy Board and with the Admiralty played a major role in rebuilding England’s naval strength at a critical time in history. Not only that, his personal intervention with King Charles II probably helped curb the spread of the catastrophic Great Fire of 1666.

There are many, many books written about Pepys and a short little blog like this can’t really do him justice. So instead, in this and in future blogs, I will write  briefly about some of the places and events Pepys wrote about in his diary and see what remains of them today. 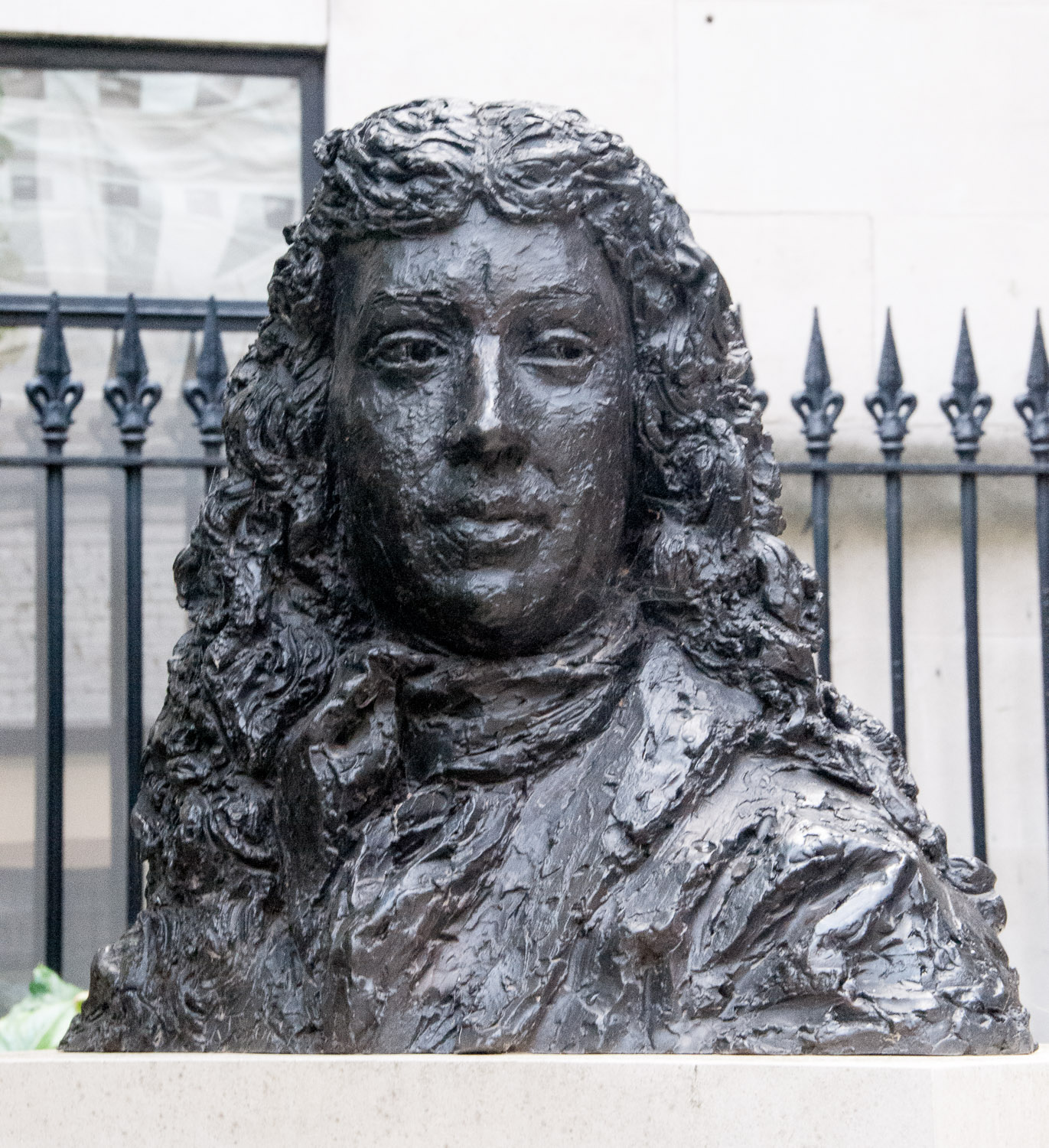 A bust of Samuel Pepys by Karin Jonzen, 1983, in the St Olave churchyard

In July 1660 the Pepys household moved to a house in the Navy Office building on Seething Lane and his famous diary dates from that year to 1669, when he stopped writing it because he feared losing his sight. This location meant that his local Church (‘our own church’ as he described it) became St Olave Hart Street, which is still there for us to explore today and is the subject of this blog. It has a really gruesome but stunning churchyard entrance incorporating impaled skulls and crossed bones dated 11th April 1658. The Latin inscription, roughly translated, reads ‘Christ is life, death is my reward‘ and the central skull wears a victory wreath. 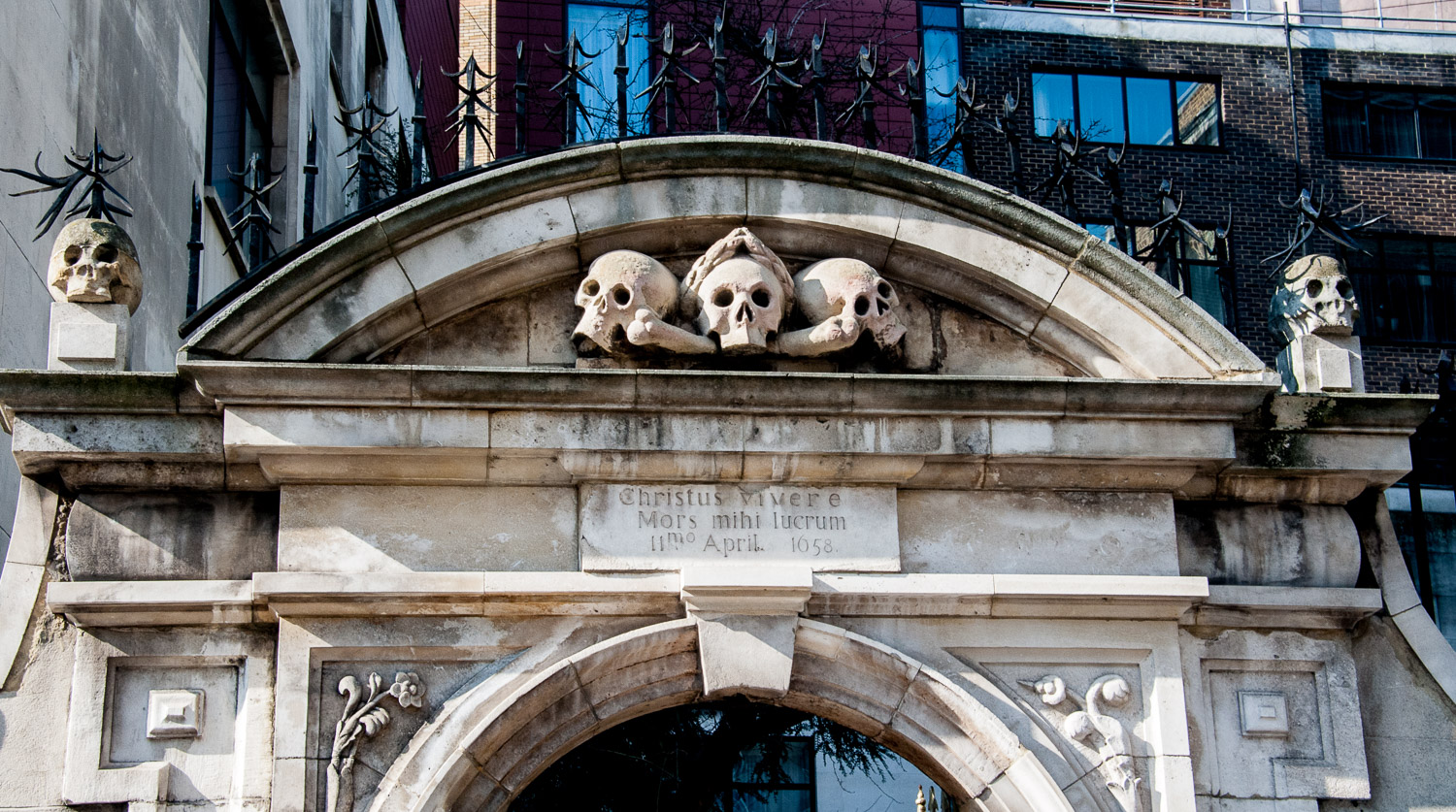 Fortunately for us, Pepys was around to give us an intimate personal account of two of the most awful events that struck London in the seventeenth century – the ‘Black Death’ plague of 1665 and the Great Fire of 1666.

When in 1665 it became apparent that a major pestilence was striking London, Charles II and the entire Court moved to Oxford. The Privy Council was endowed with wide-reaching powers to try to control its spread, appointing ‘Searchers’ to seize dying victims and to quarantine both them and their households.

Pepys wrote on 7th June 1665 about a terrible sign he encountered on his way to Covent Garden:

‘I did in Drury Lane see two or three houses marked with a red cross upon the doors, ’Lord have mercy upon us’ writ there – which was a sad sight to me’.

Despite such efforts, the plague spread slowly and remorselessly. According to the official records, the ‘Bills of Mortality’, 68,596 people died of it in London in 1665 but the true figure was probably more like 100,000. Even the lower figure represents a very high percentage of the population at the time, which was about 460,000.

It had eventually subsided by January the following year and on January 30th 1666 he visited St Olave, but found the experience deeply shocking:

‘It frighted me indeed to go through the church… To see so many graves lie so high upon the churchyard, where many people have been buried of the plague.’

And five days later, on February 4th he wrote:

‘It was a frost and had snowed last night, which had covered the graves in the churchyard, so I was less afraid of going through’.

The churchyard survives, its banked-up top surface a reminder that it is still bloated with the bodies of plague victims, and gardeners still turn up bone fragments. Three hundred and sixty five were buried there including Mary Ramsay, who was widely blamed for bringing the disease to London. We know the number because their names were marked with a ‘p’ in the parish register. 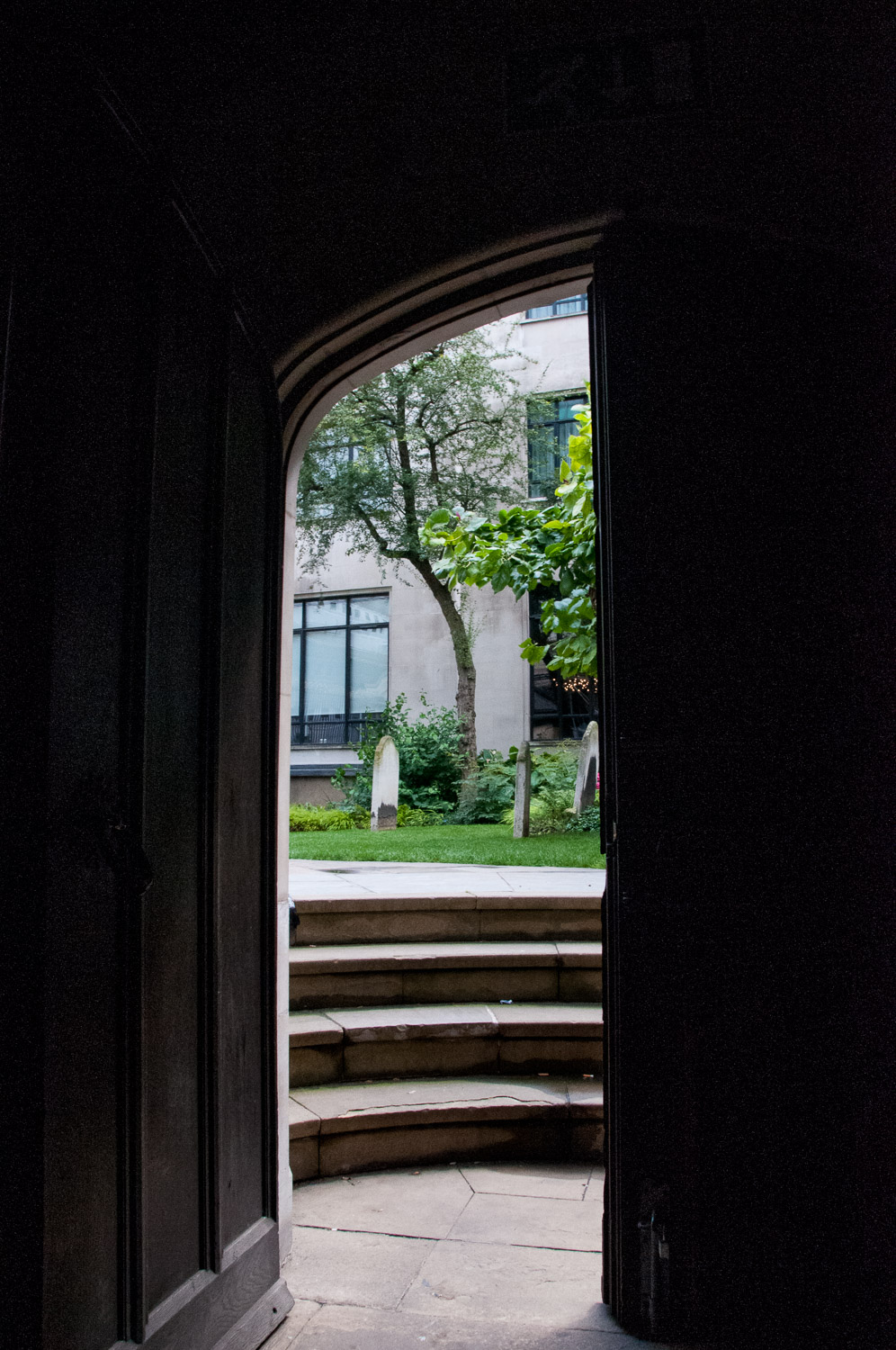 In 1655 when he was 22 he had married Elizabeth Michel shortly before her fifteenth birthday. Although he had many affairs (scrupulously recorded in his coded diary) he was left distraught by her death from typhoid fever at the age of 29 in November 1669.

Do go into the church and find the lovely marble monument Pepys commissioned in her memory. High up on the North wall, she gazes  directly at Pepys’ memorial portrait bust, their eyes meeting eternally across the nave where they are both buried. When he died in 1703, despite other long-term relationships, his express wish was to be buried next to her. 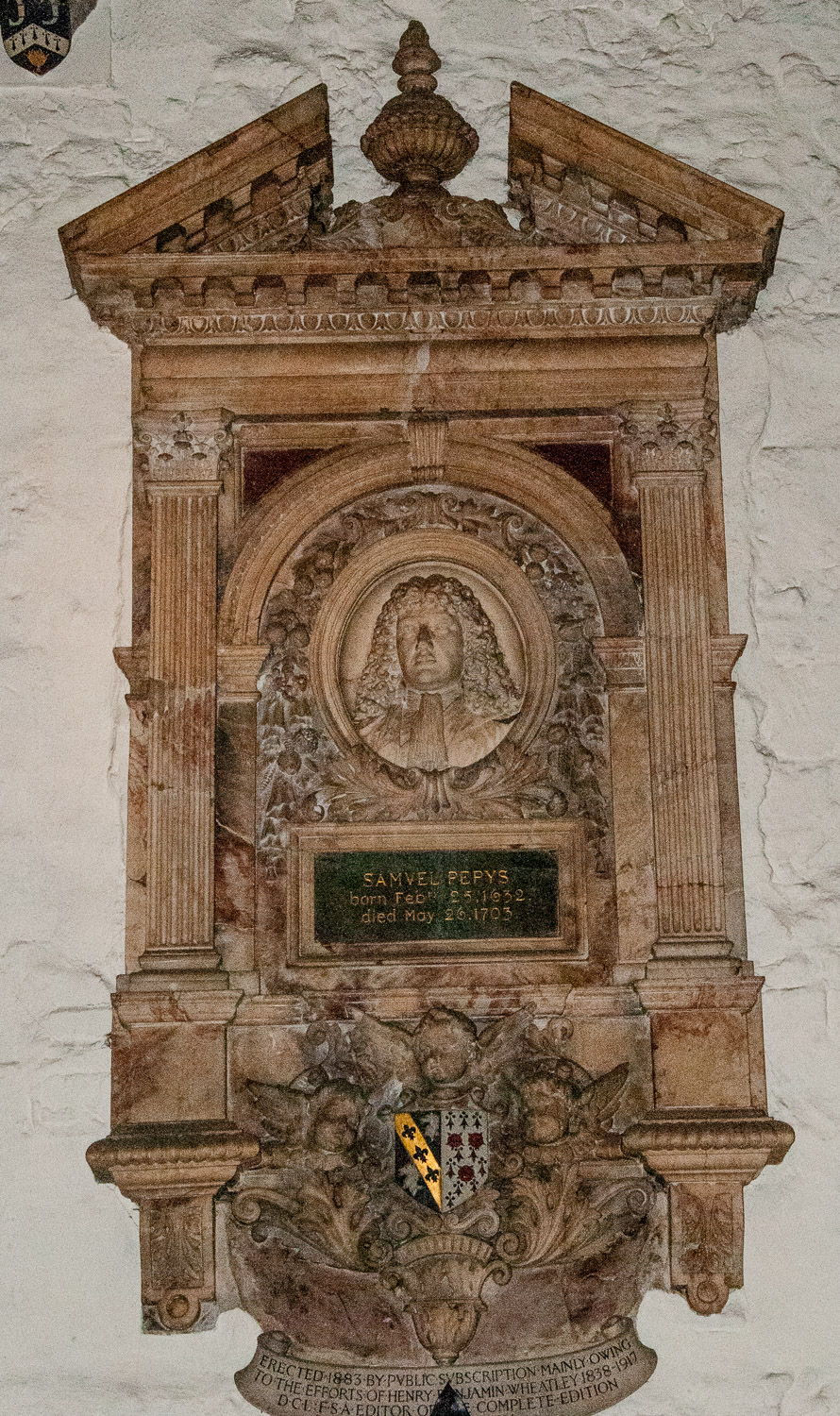 And the sculpture of Elizabeth – I think she looks beautifully animated, like she is in the middle of a conversation.