They are everywhere in the City, watching over us from their lofty perches for literally hundreds of years. I always associated them with church buildings but they have now taken on many secular duties.

They are, of course, Cherubs. Called putti in Italian, they were originally little winged infants deployed in Christian art and architecture but over the centuries came to be used in a wider decorative fashion. Recently I have been walking around the City admiring their antics.

These two are enjoying chatting to one another on early 20th Century telephones. Now known as 2 Temple Place, the house was built in 1892 for William Waldorf Astor and was one of the first London residences to have a telephone installed. Astor’s incredibly generous philanthropy earned him a peerage and later, in 1917, he was elevated (somewhat controversially) to the rank of Viscount. 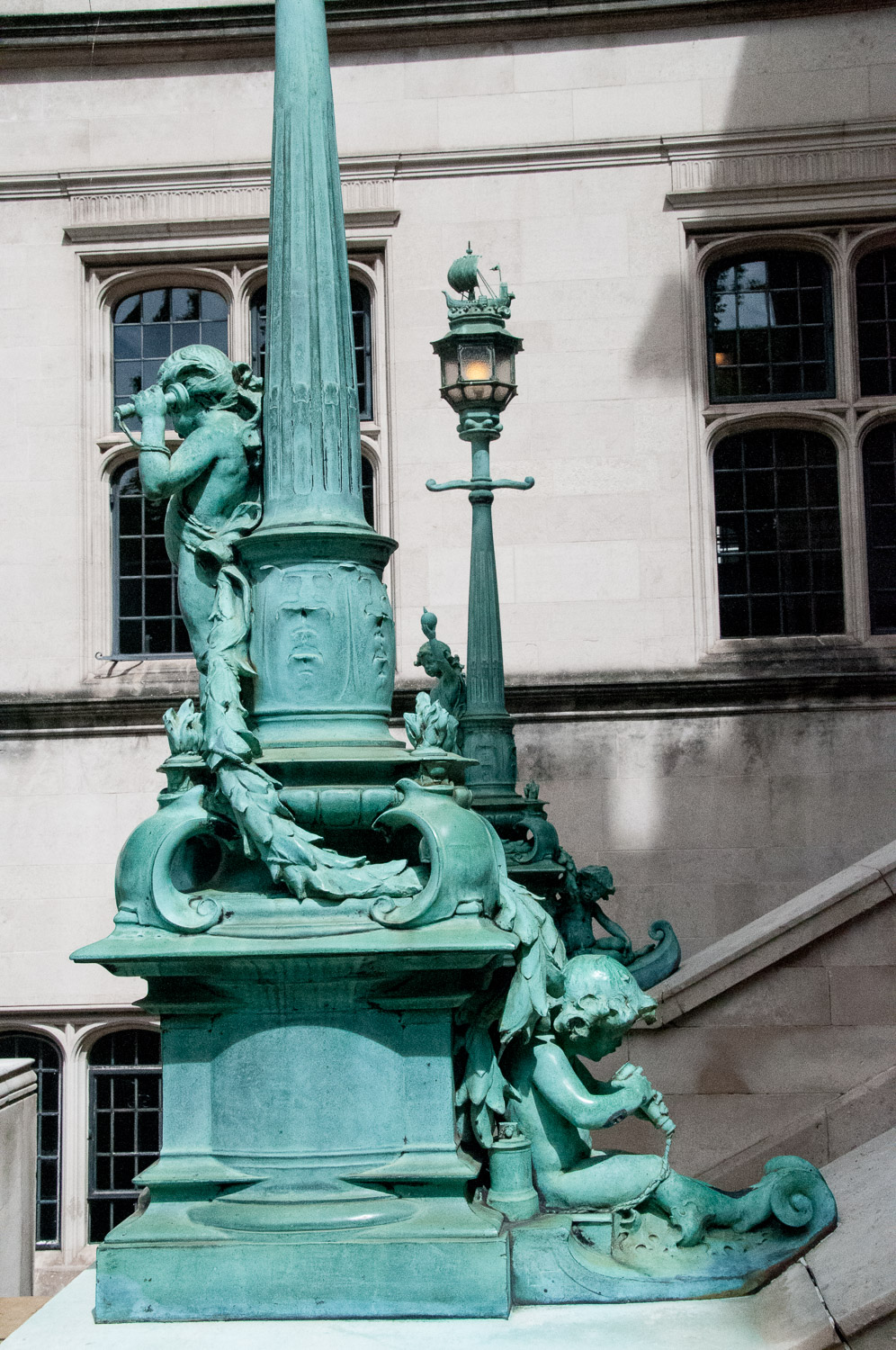 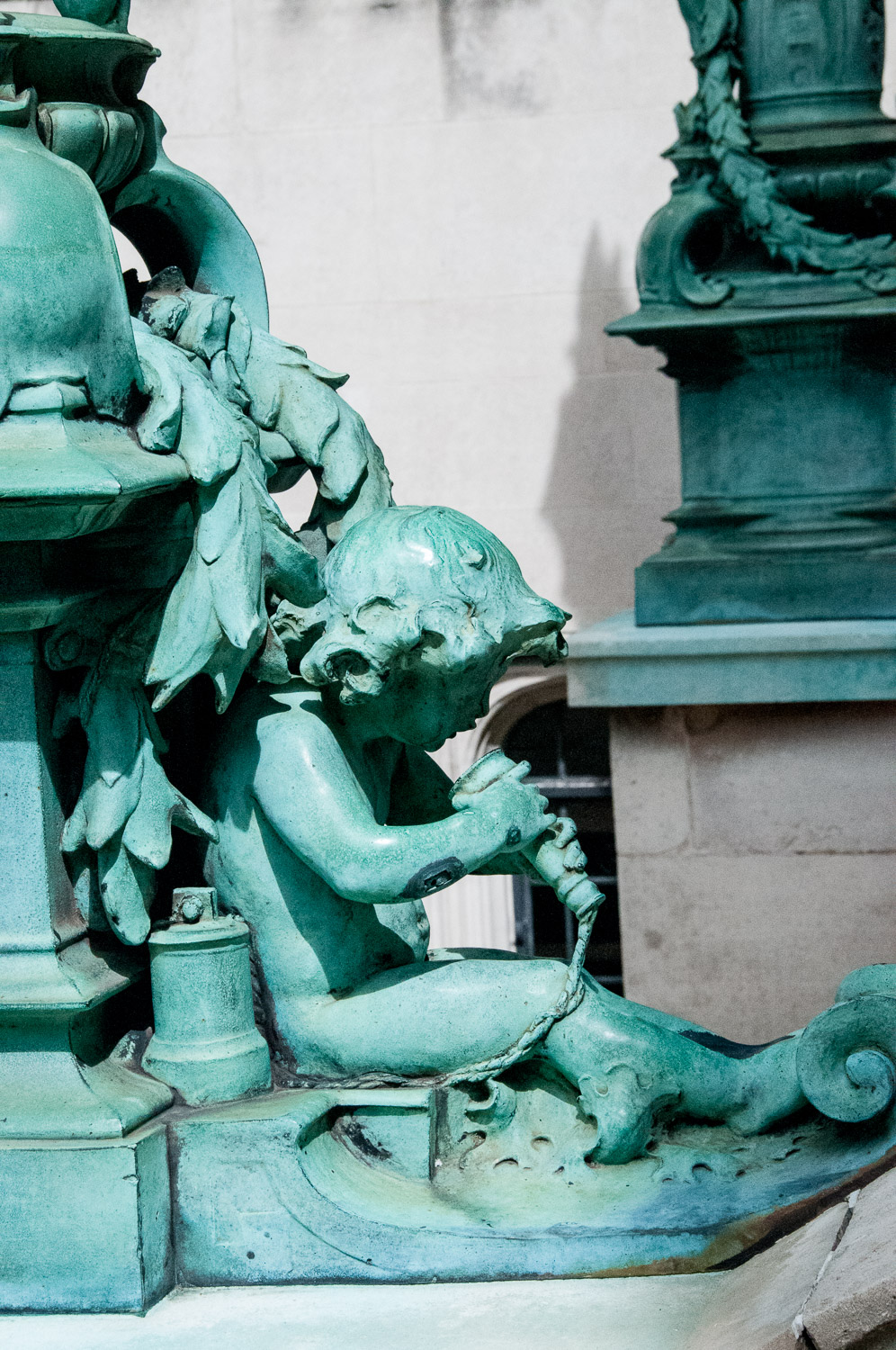 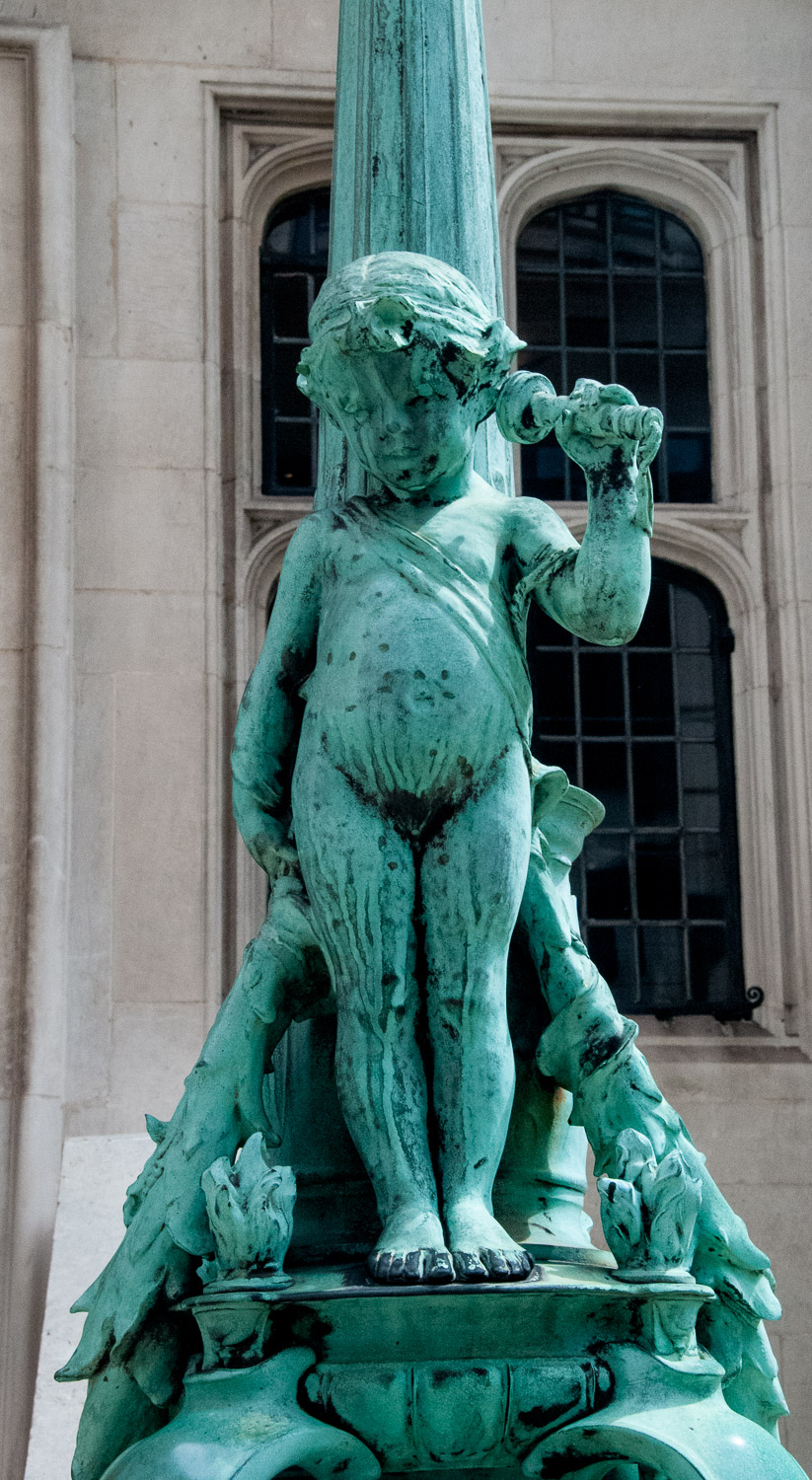 There are some nice recently spruced-up cherubs at 110-111 Fleet Street. They are supporting a globe since this building was originally the London headquarters of the Thomas Cook travel agency. Built in 1865, the first floor was a temperance hotel in accordance with Cook’s beliefs. 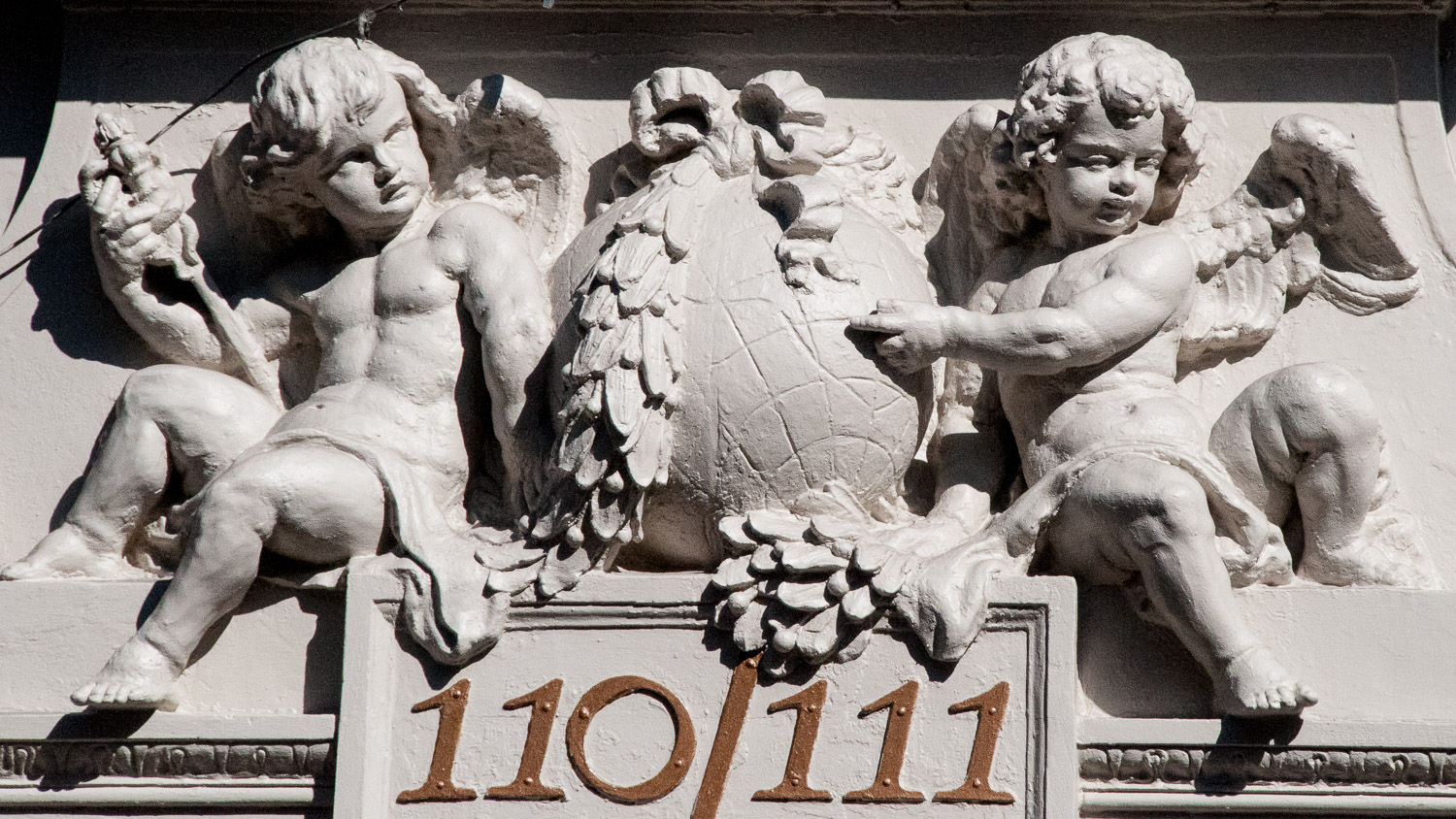 ‘This is where we are going for our holidays’

If you find yourself walking down Cheapside, do stop and admire the more traditional eight cherubs over the portico at Christopher Wren’s St Mary-le-Bow. There is a line of little winged cherub heads which, if you look closely, you will see are not identical. The two full-figured cherubs are extremely plump – one is playing a musical instrument and the other reading a book, presumably the bible. 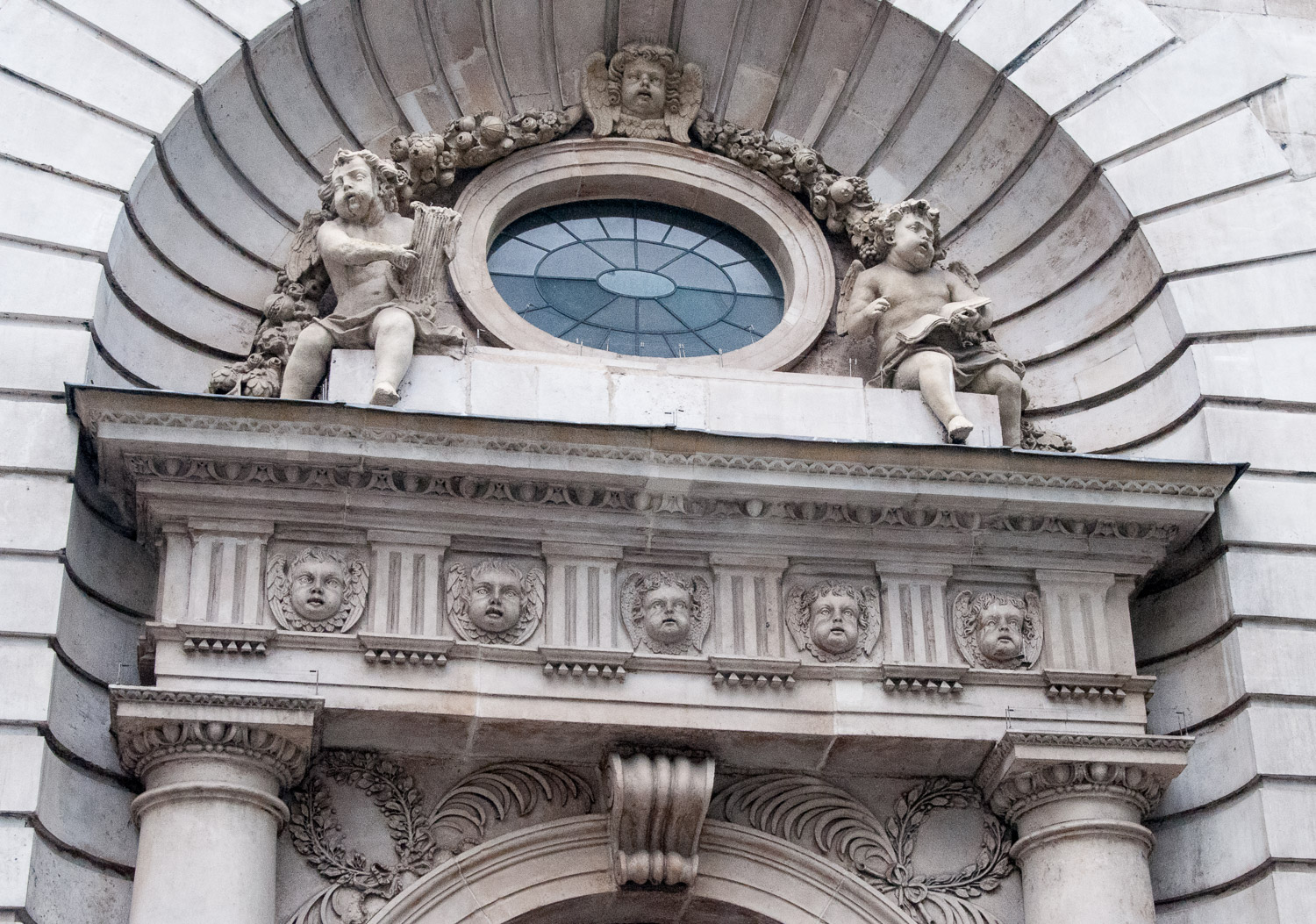 In Cannon Street look up towards the roof of number 123 . Here are numerous terracotta cherubs who look like they are running an import/export business

Resting against a lamppost outside 10 Trinity Square. When this was the headquarters of the Port of London Authority, hundreds of people would have walked past him every day to pay their dues on goods landed in the port. It’s now a hotel. 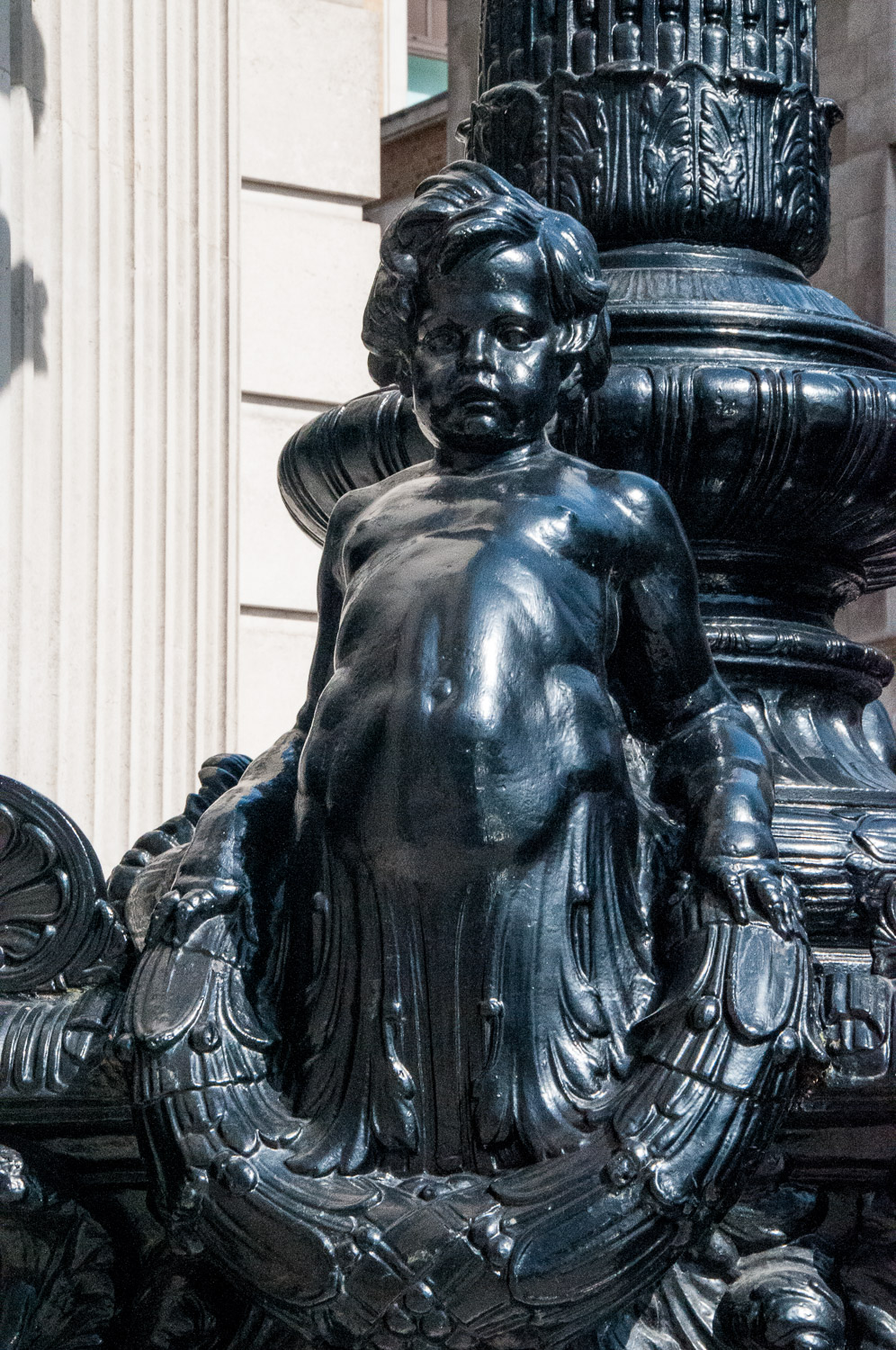 Supporting a cartouche is hard work, especially if there is a ship on top of it. 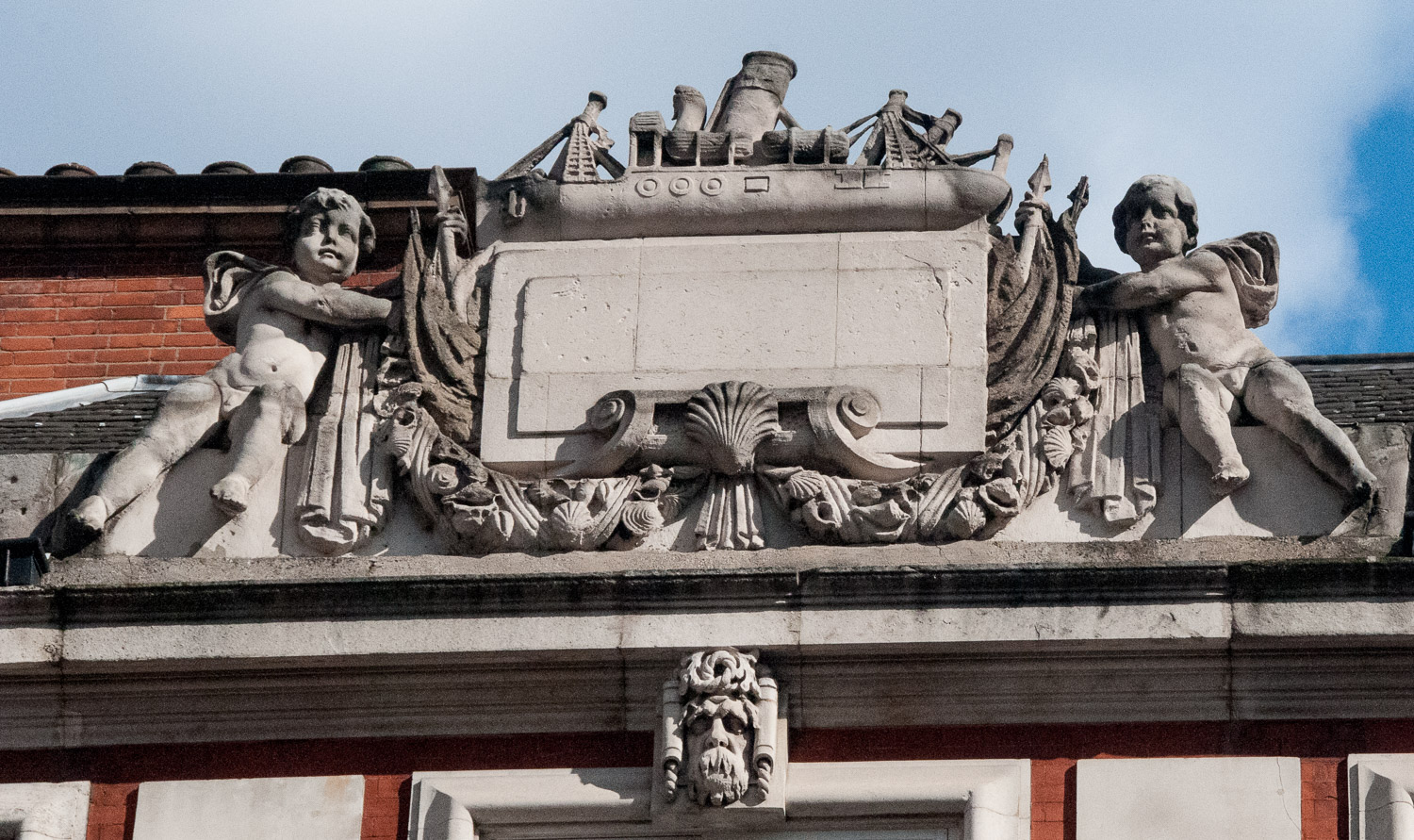 And finally these two painted on a wall in Whitecross Street – is that a bazooka they are assembling? Best not to upset these little chaps. 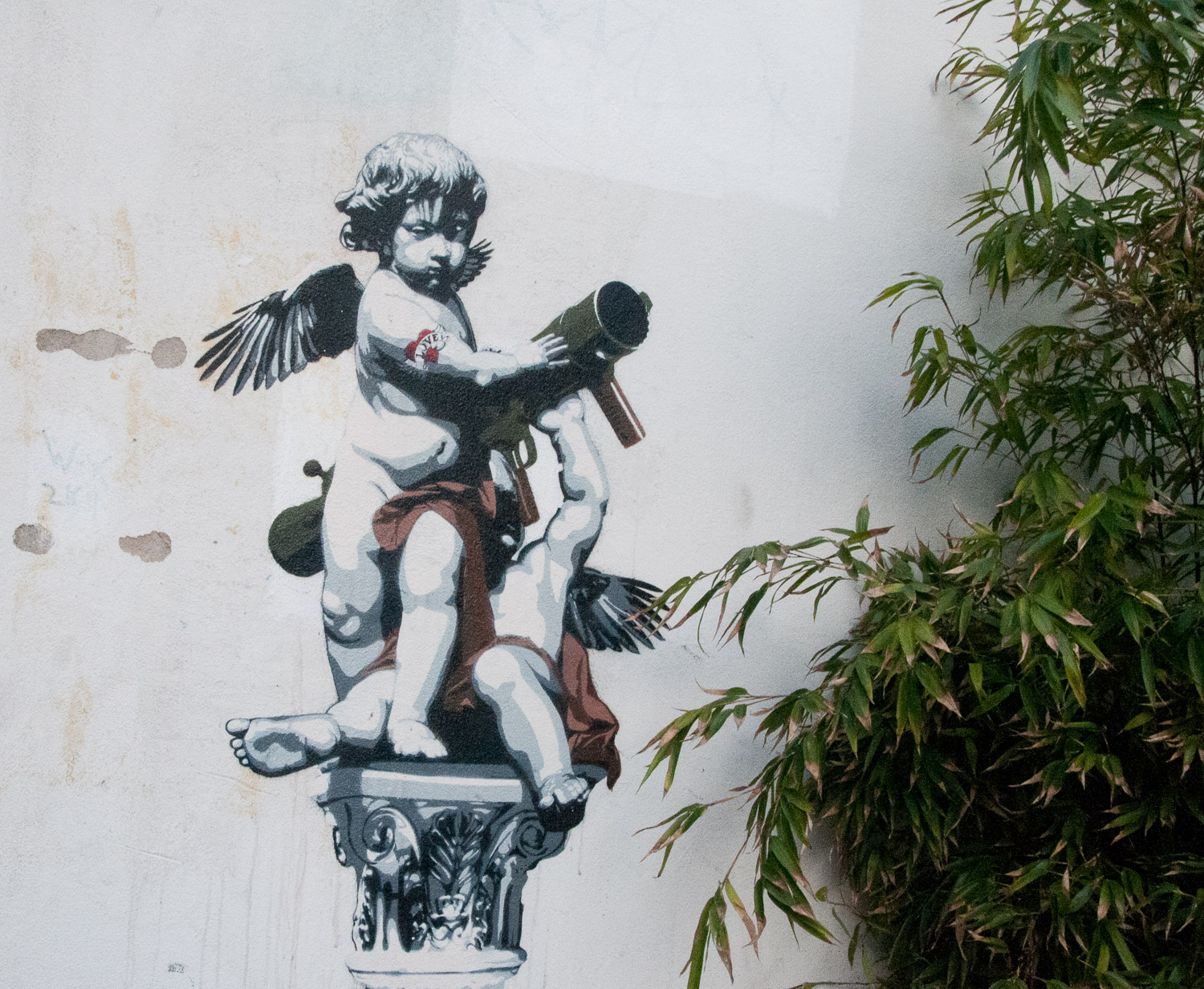