That rings a bell …

Just off Whitecross Street is this doorway which makes me smile every time I see it. The story I have conjured up in my mind is that, some time in the early 1970s, the people living there found that visitors knocked on the door rather than ringing the bell. When asked why, callers usually said that they didn’t know there was a bell. As a consequence, the residents (who obviously had artistic talents) got out their paint brushes and added this helpful sign to indicate where the push button bell was. Brilliant! 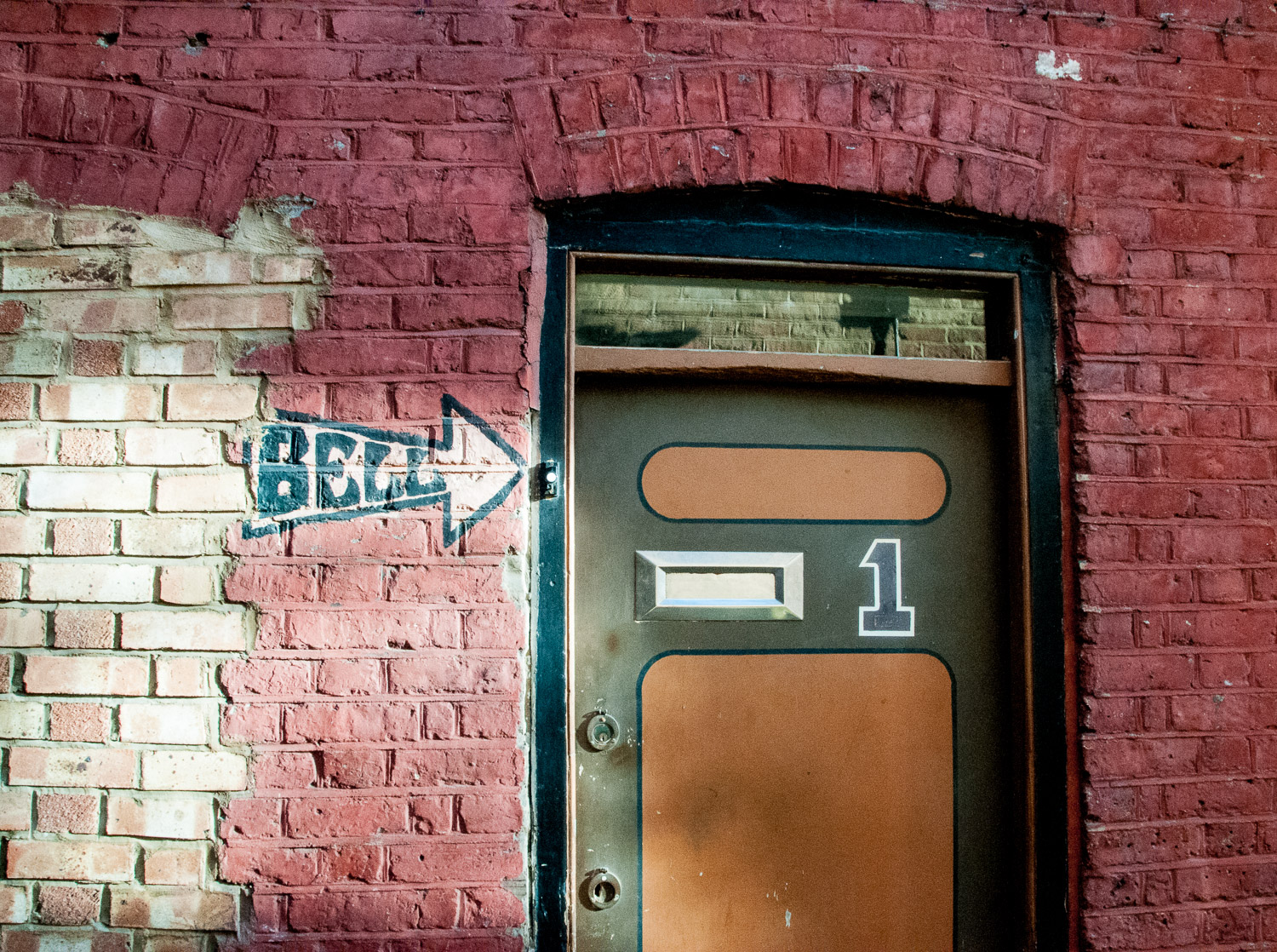 This got me thinking about doorbells generally and their vanishing use in the City, where people are now ‘buzzed in’ or channeled via security guards or reception desks. So as I walked around looking for other blog subjects I kept an eye out for doorbells that have survived from a previous era – here are those that I have found so far.

Number 103 Cannon Street is a listed building dating from 1866 and is described as being of  ‘Byzantine style with some carved decoration and mouldings with shafts of polished pink granite to ground storey arcade’. It isn’t a house any more but beside its rather formidable doors are two very nice examples of bells from a time when home and office accommodation were in some way combined. 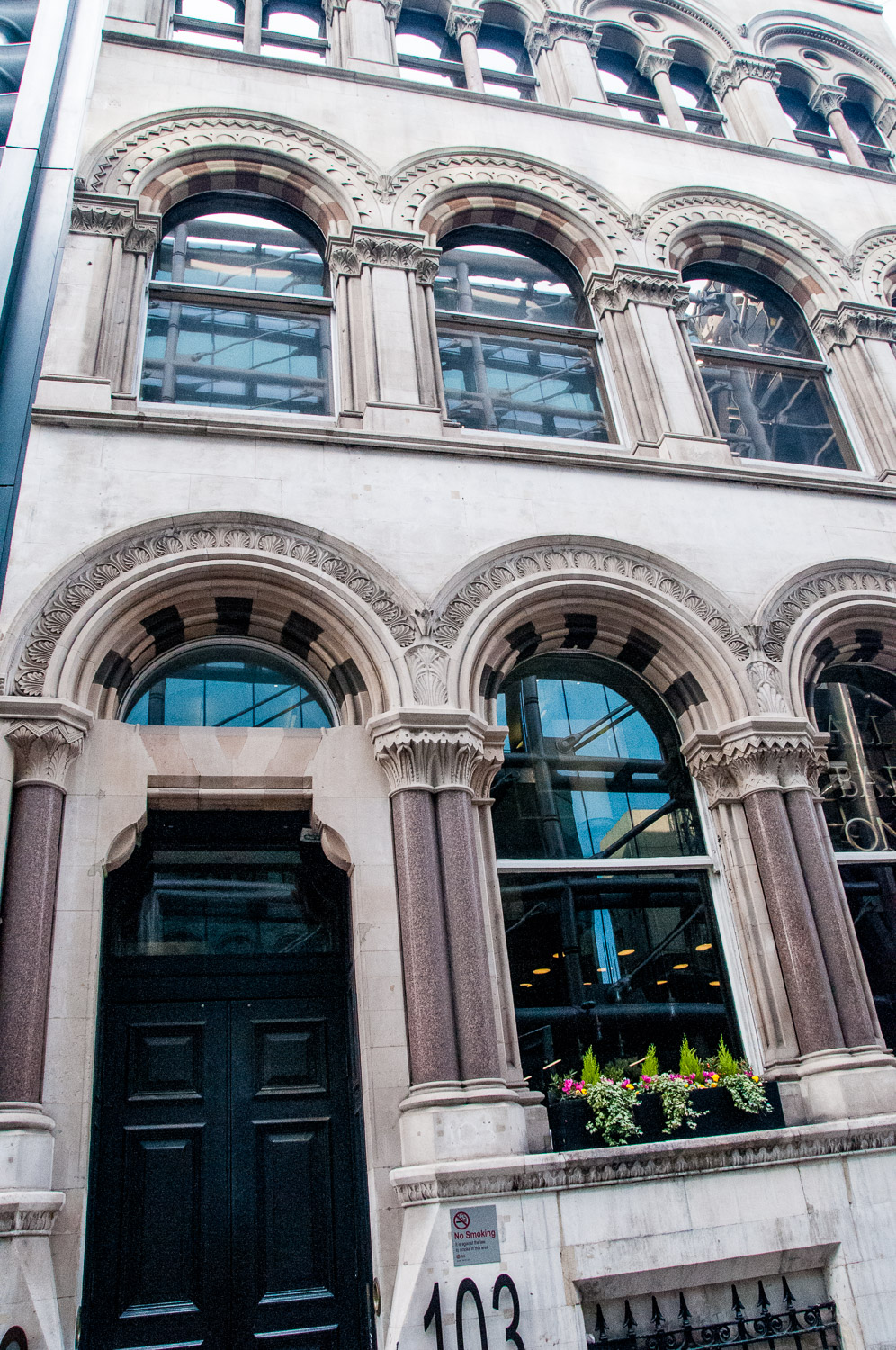 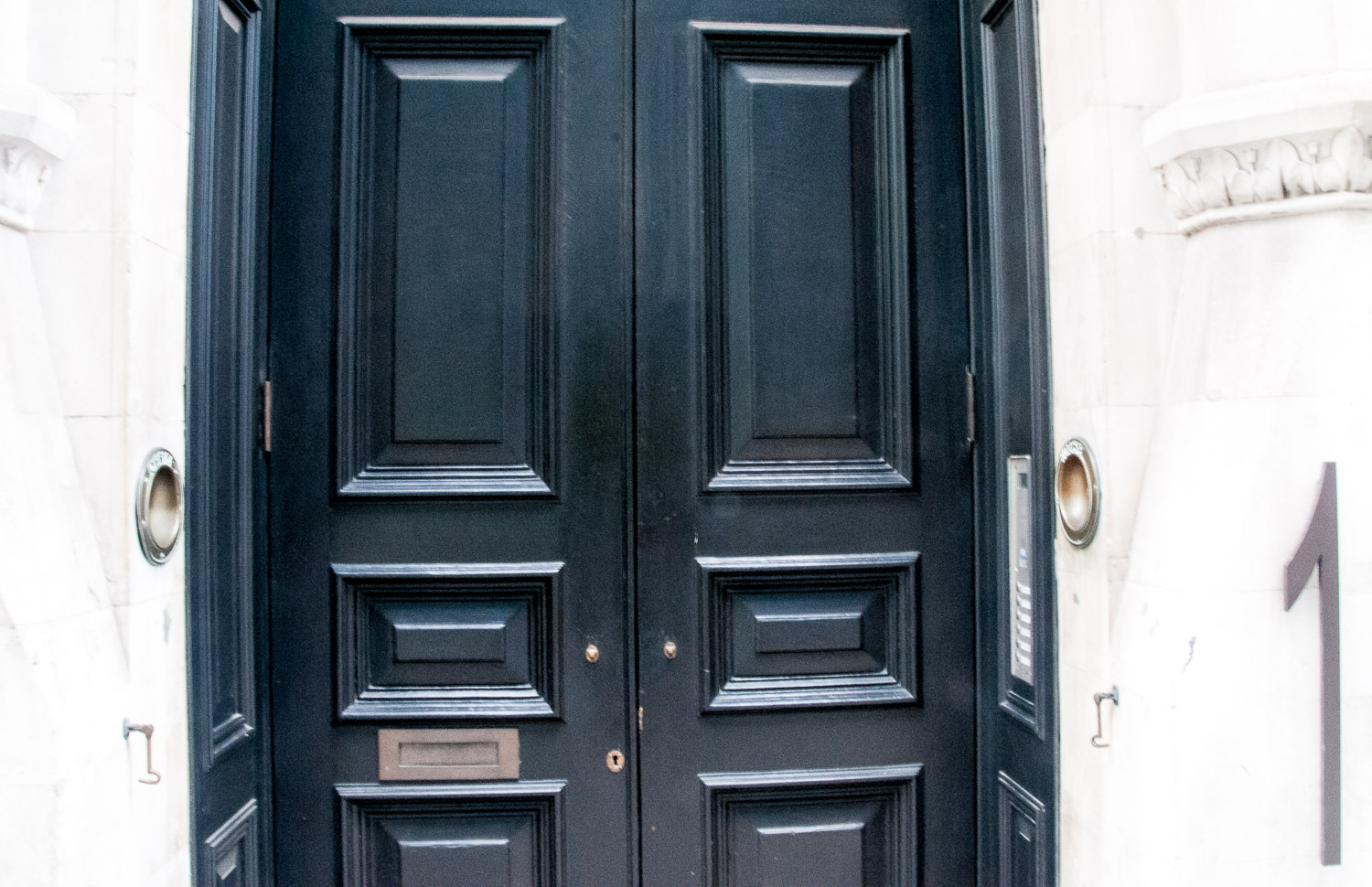 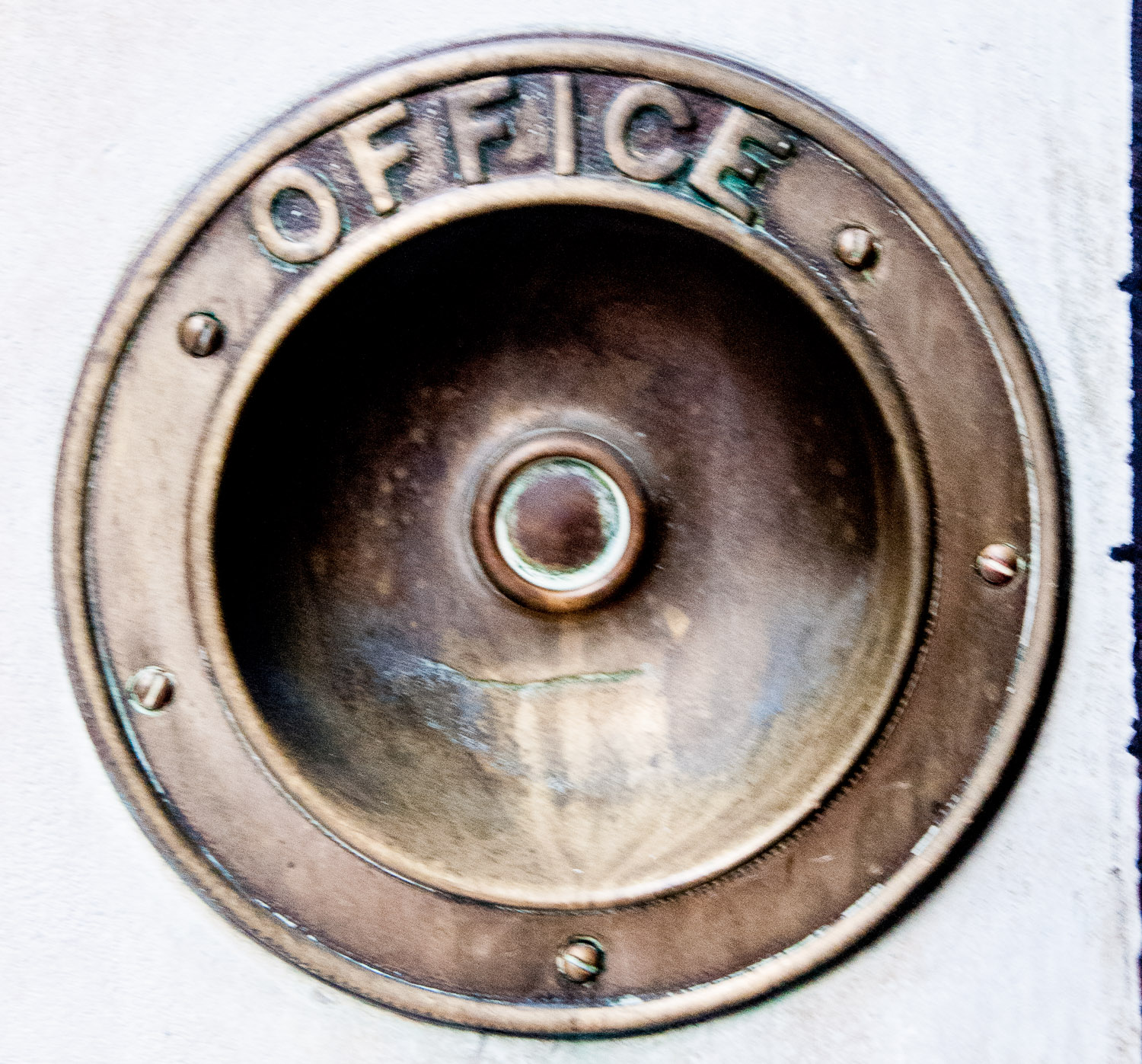 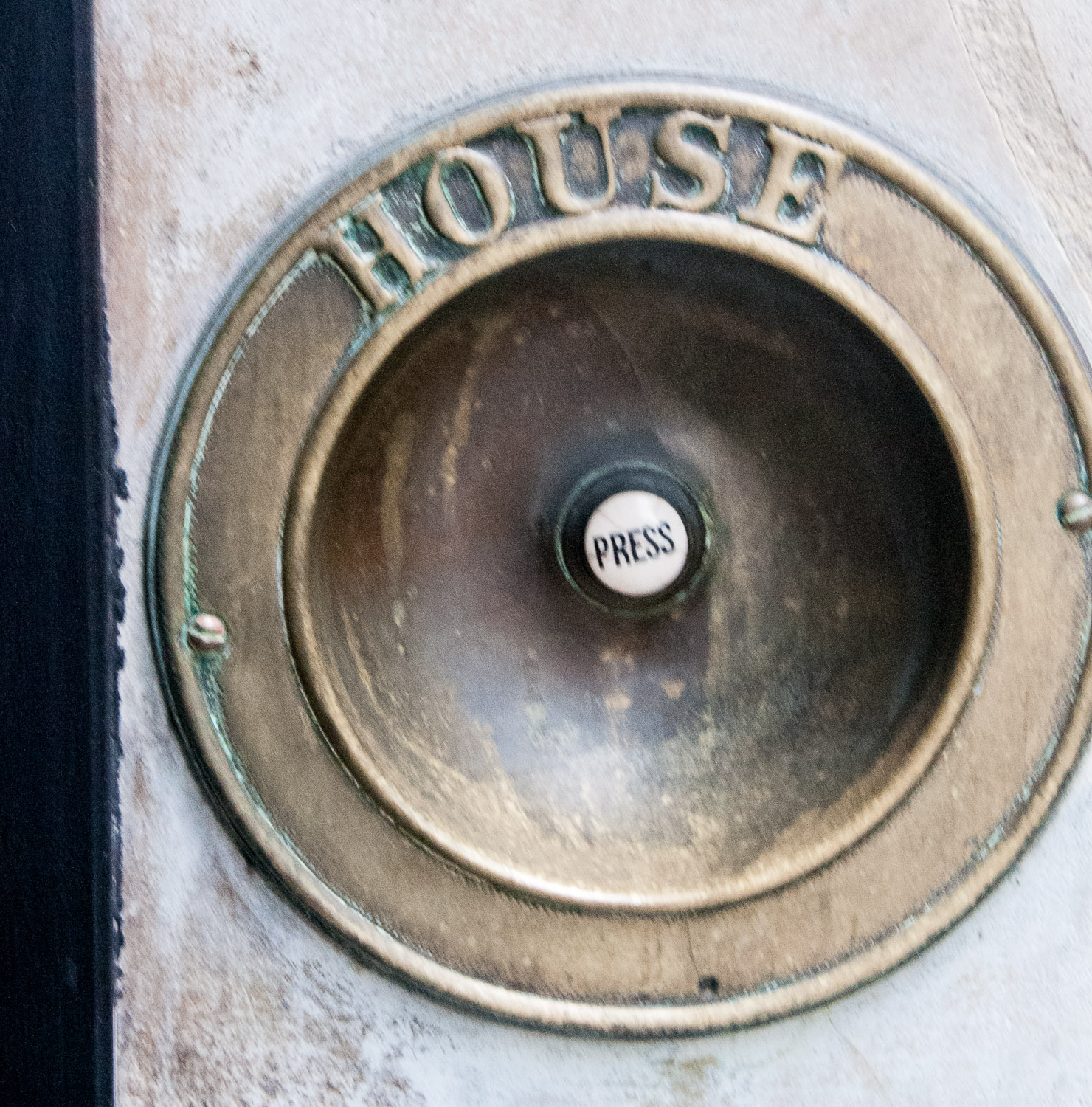 When living space and workplace were closely located

I knew the Livery Companies wouldn’t let me down when it came to buildings that had been preserved right down to the smallest detail. The splendid blue door of the Wax Chandlers Hall has a complementary bell beautifully mounted. 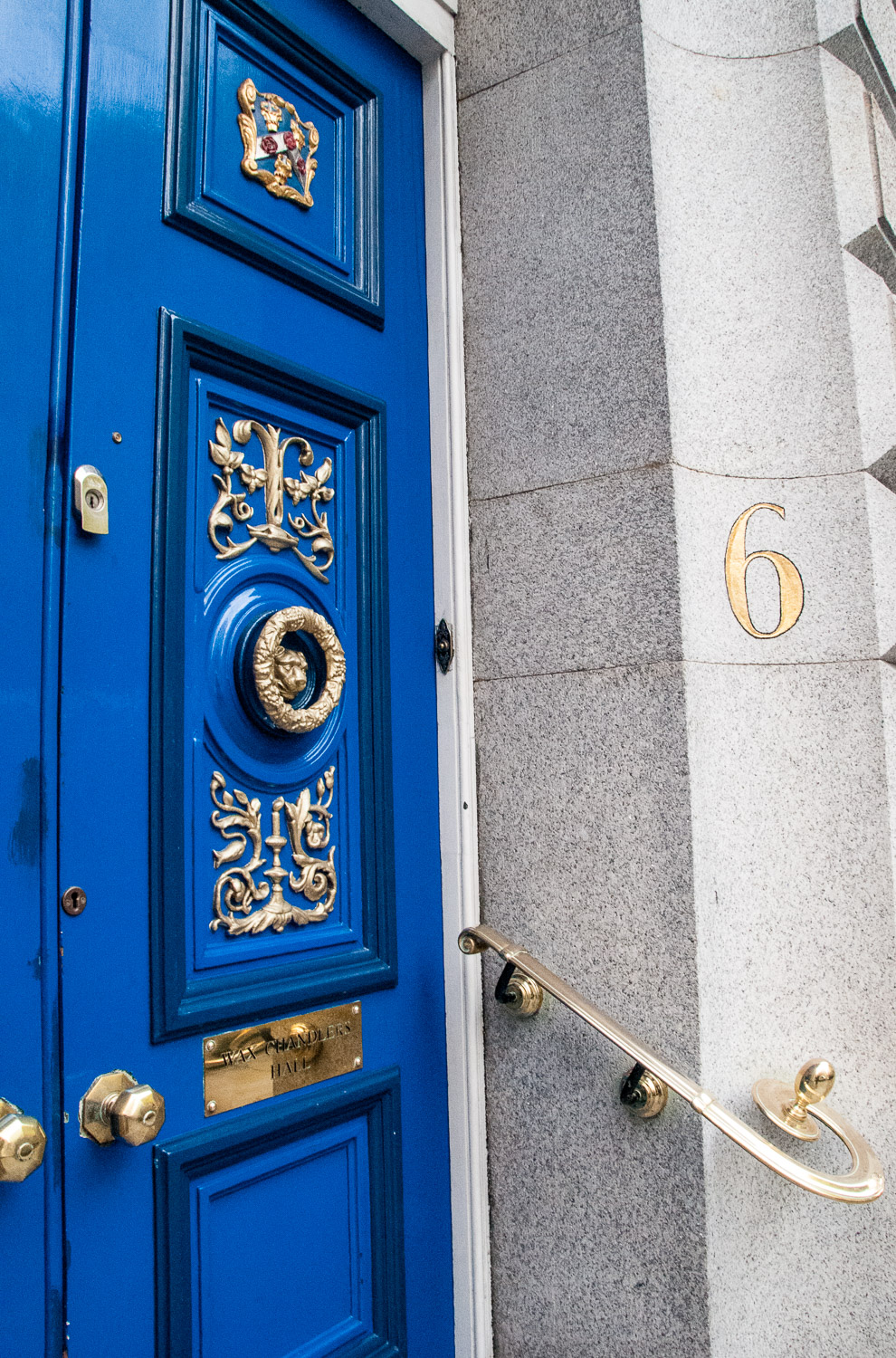 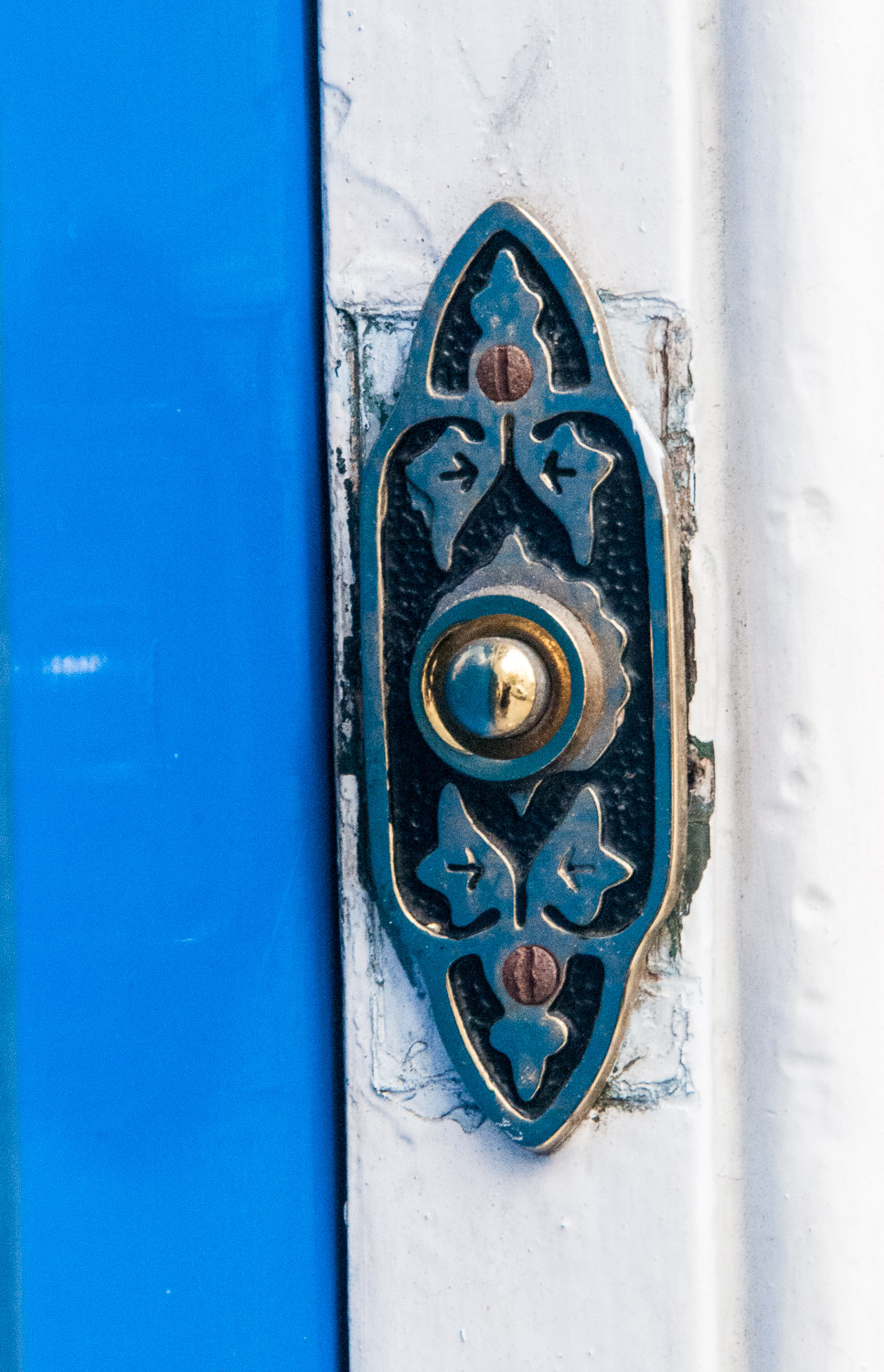 Bell for the Wax Chandlers Hall

The bell at Stationer’s Hall, below, is rather austere … 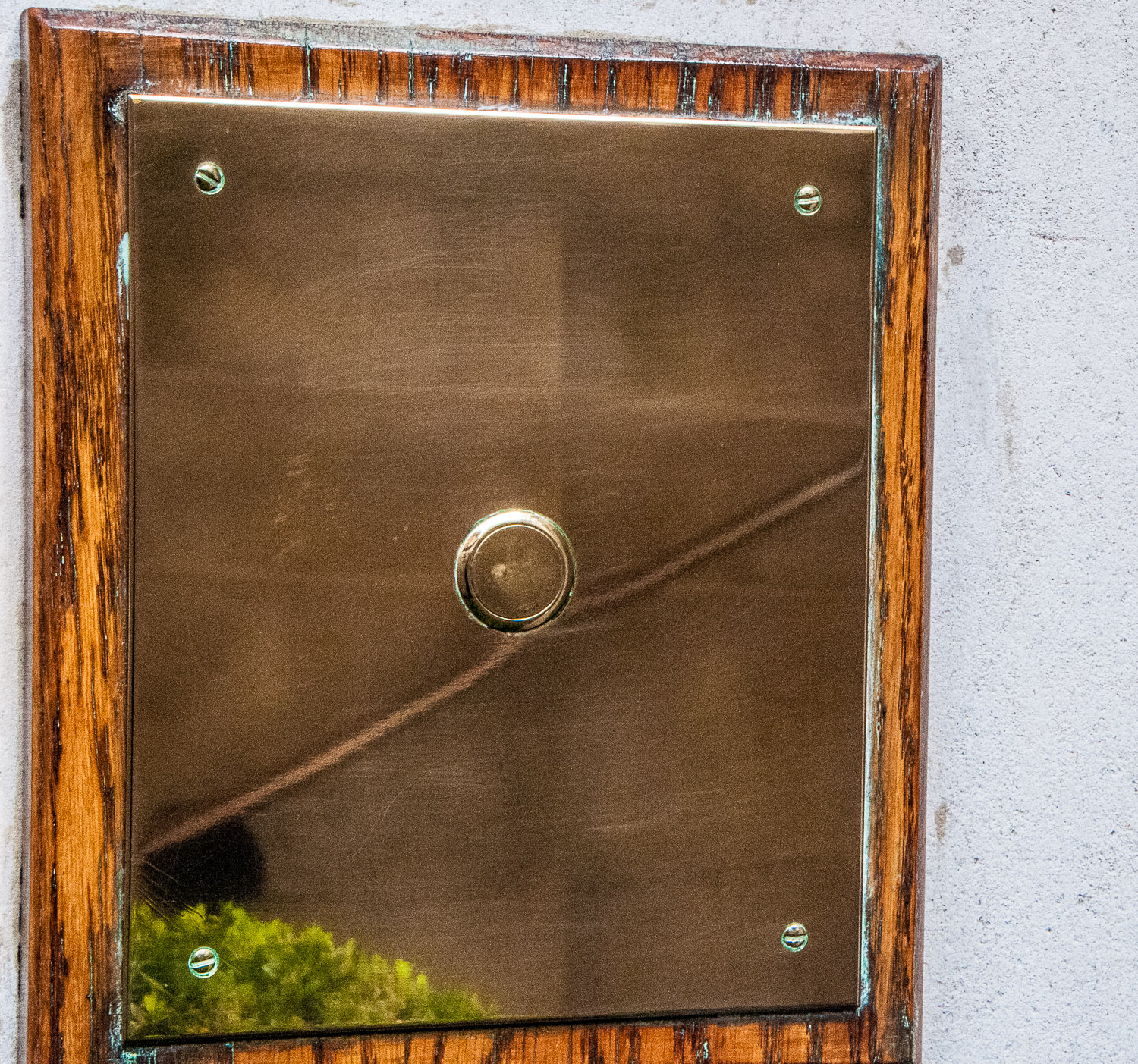 Not surprisingly, the Goldsmiths are well guarded … 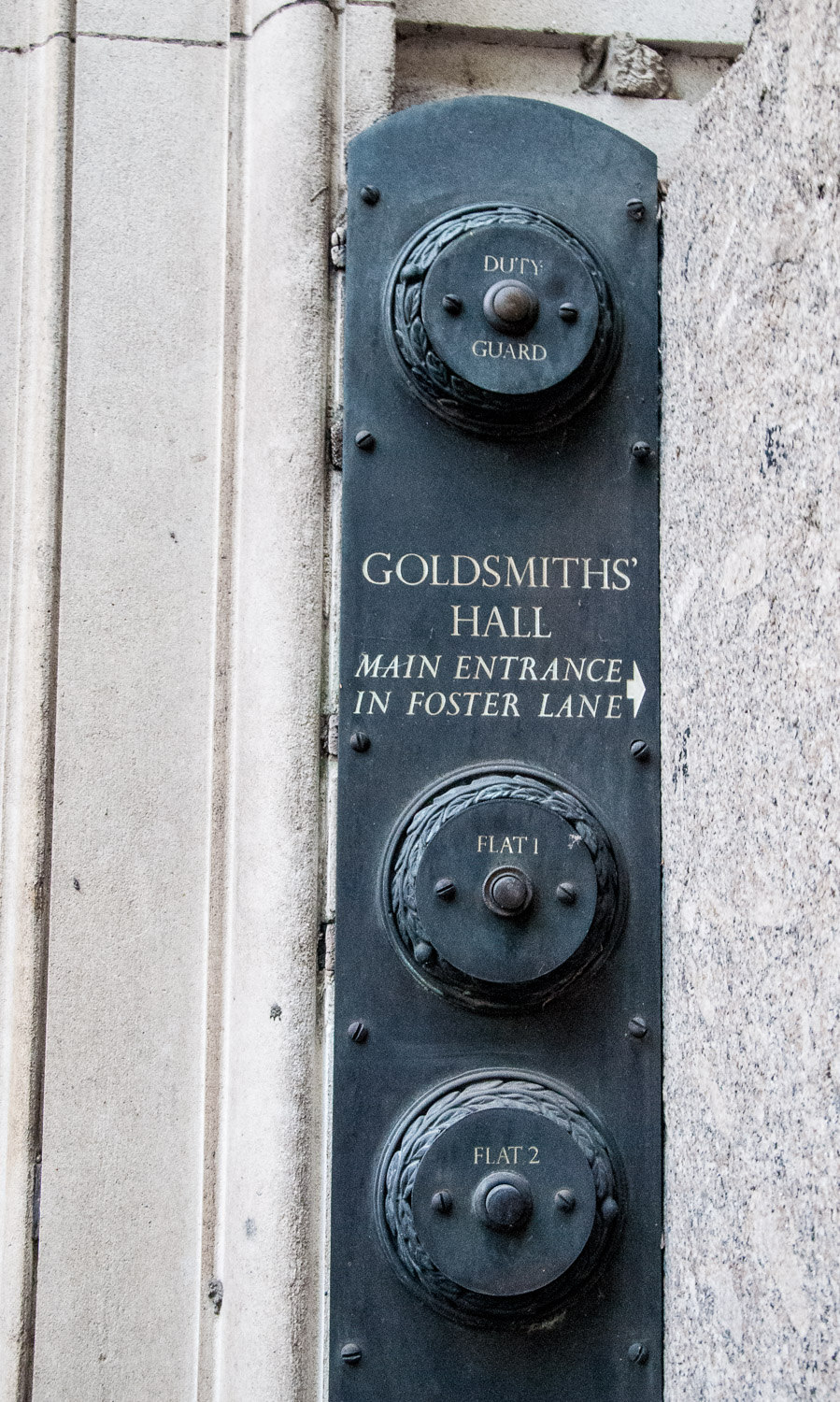 The doorbells in Gresham Street

I’m sure it’s pleasure keeping this one looking smart … 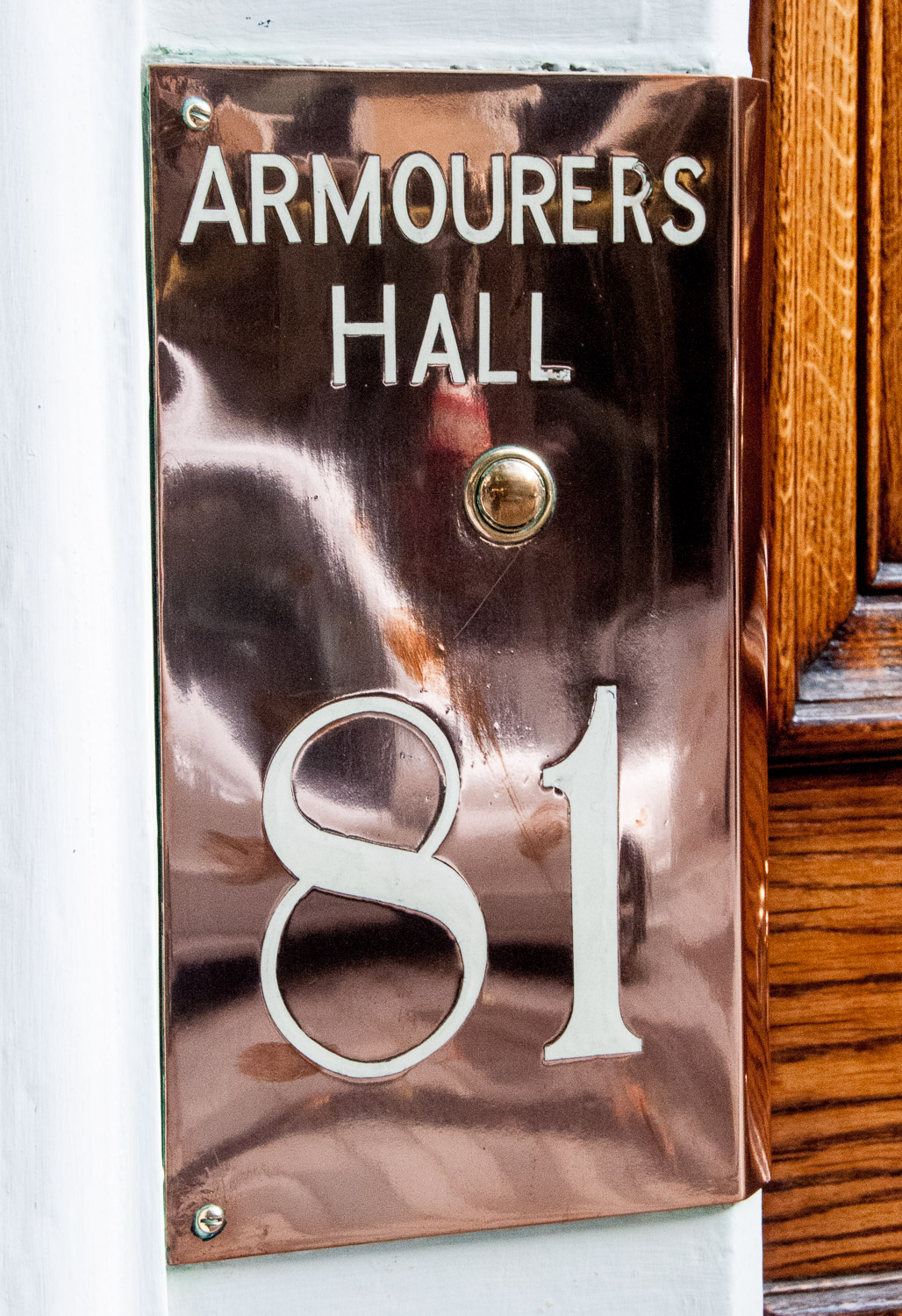 Number 5 Frederick’s Place was constructed in 1776 by the Adams brothers, John and Robert, of Adelphi fame. No wonder the old bell pull looks a bit wobbly now given the usage it must have had over the years. Lawyers, accountants and medical men were its primary residents over the years but at one time it housed a very different business. The London & Oxford Group, who are the current tenants, have researched the building’s previous occupants and in their notes on this subject they comment as follows

One of the more interesting enterprises carried on from here during the Edwardian era was a servants’ registry run by Owen Limms. At this date the supply of domestics still exceeded demand. Consequently, employers could afford to be very selective. It would have fallen to Owen Limms to weed out the fly-by-nights, drunkards and pilferers who represented a significant portion of those who beat a path to his door, and to instill in the remainder the habits of industry and piety.

I can’t help imagining these young folk reaching out and pulling this bell, nervously anticipating their interview with the no doubt formidable, and rather scary, Mr Limms. 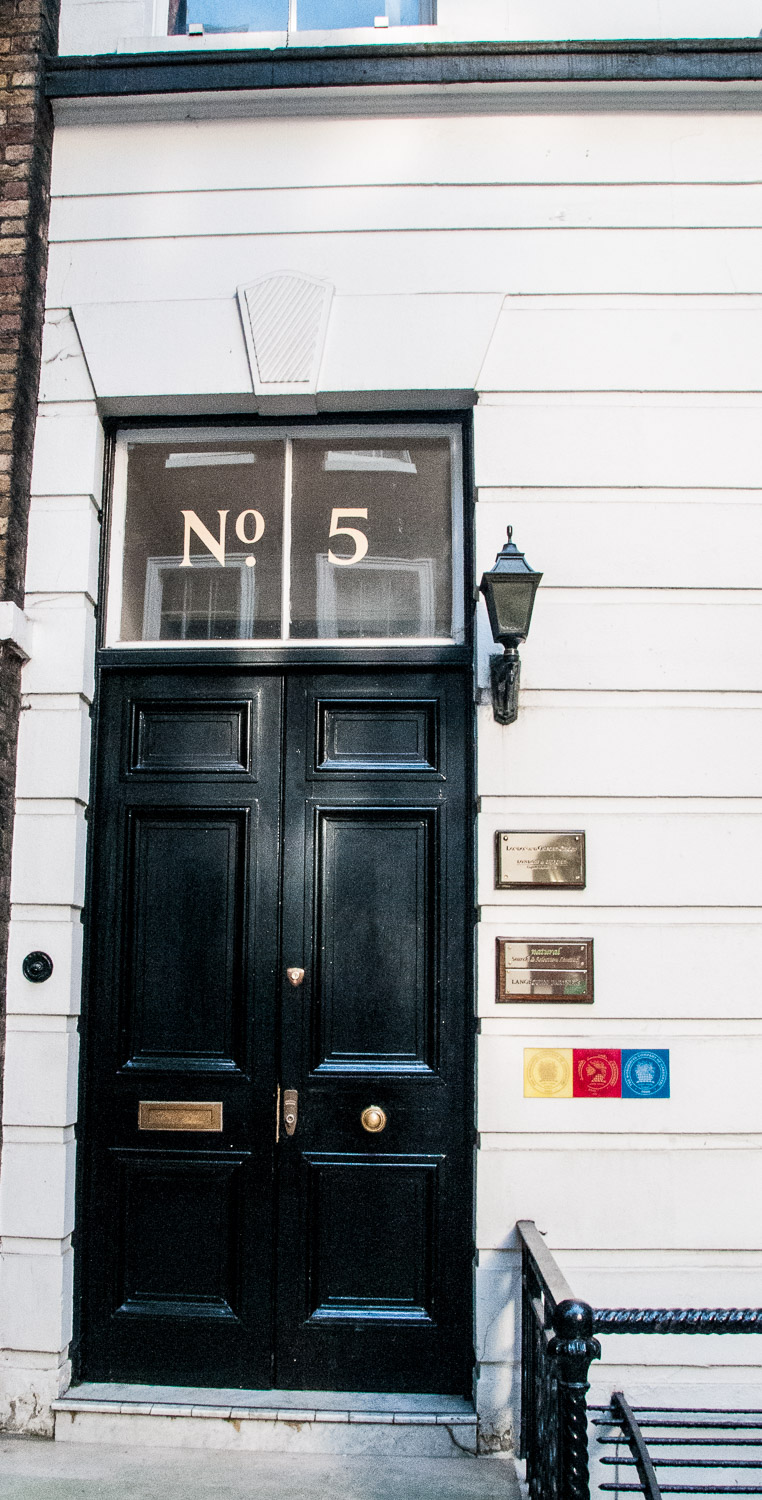 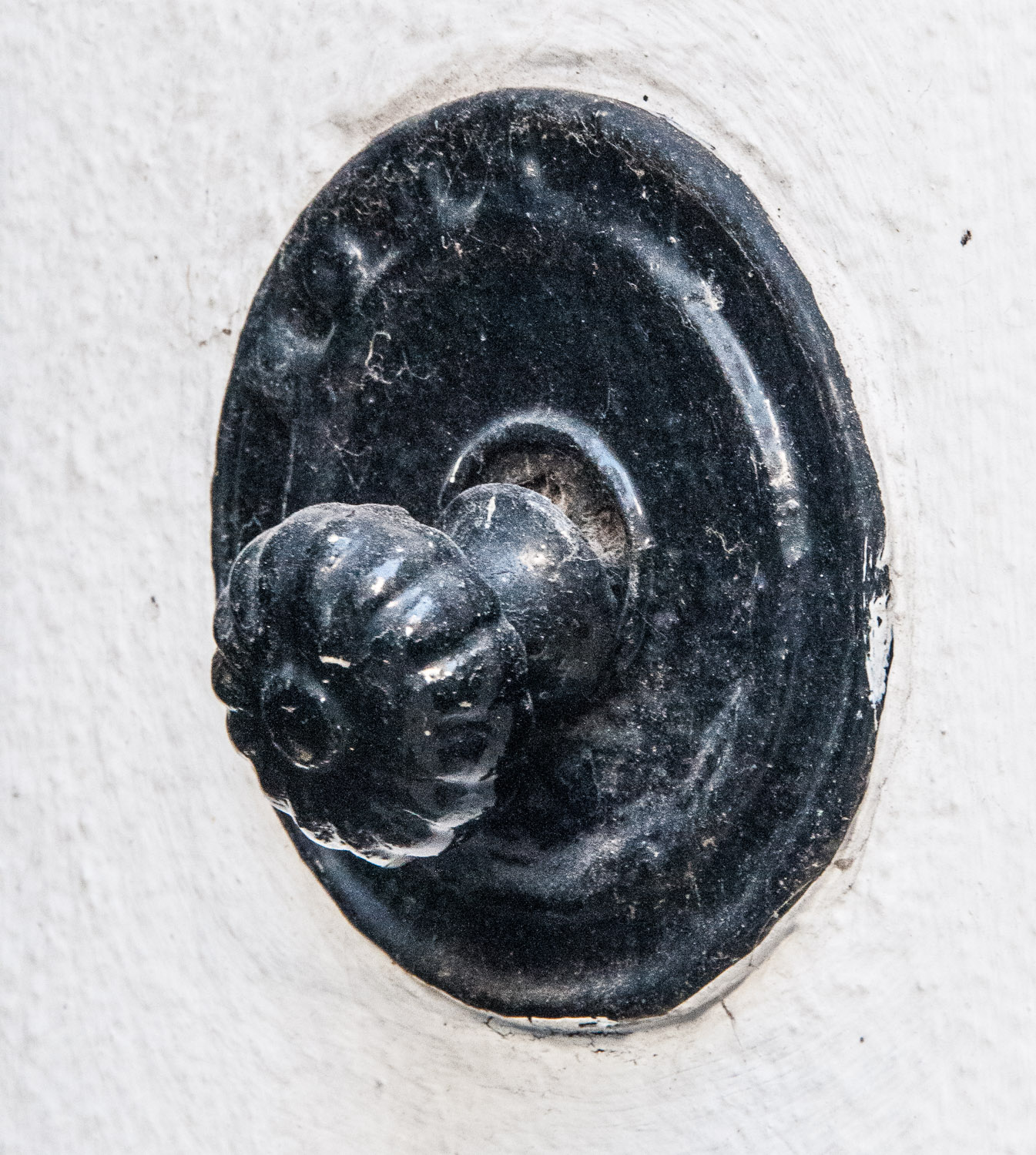 ‘Mr Limms is expecting you’ 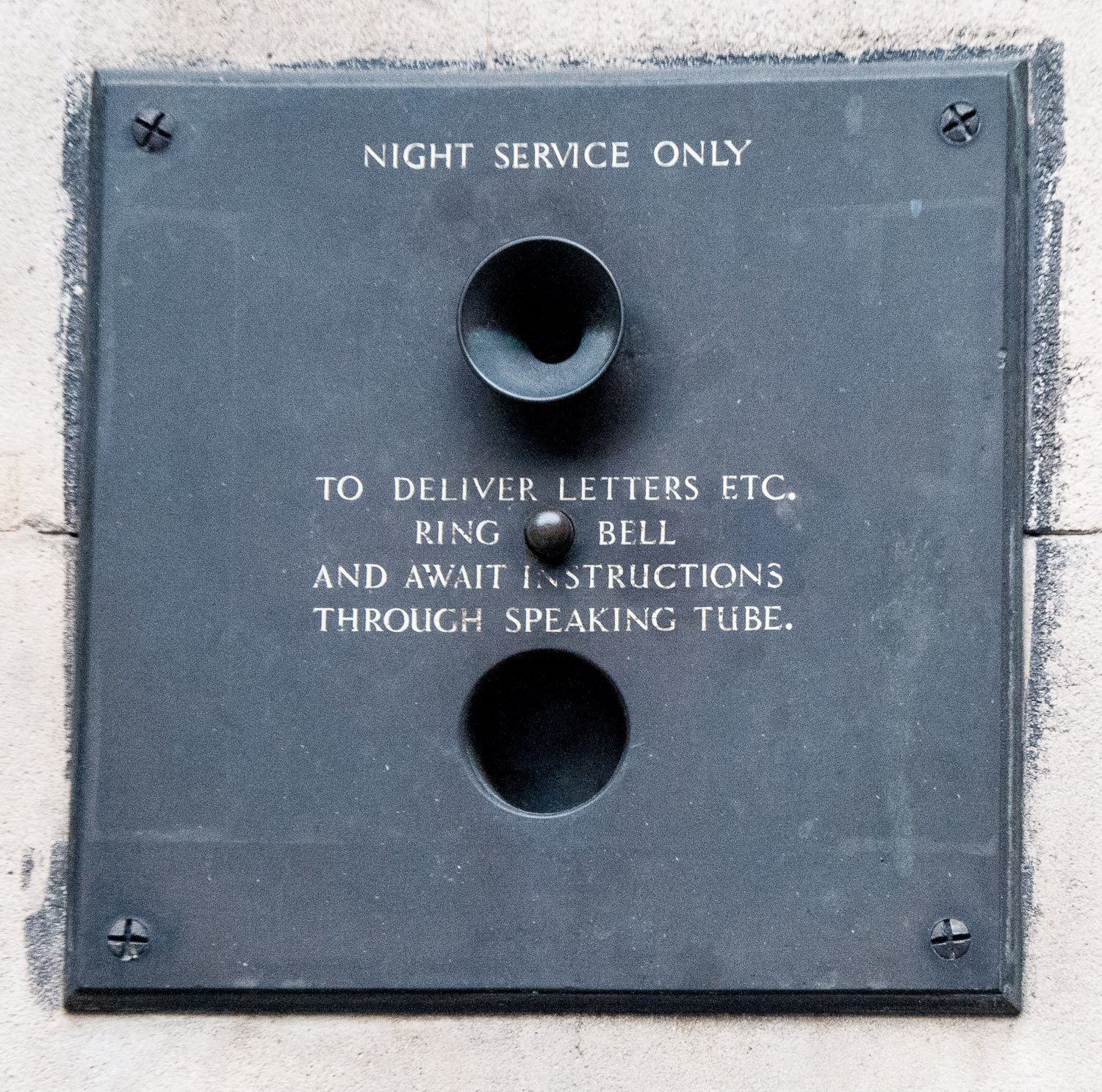 On the wall of the Bank of England in Threadneedle Street

This bell in Great Tower Street obviously gets a regular polish … 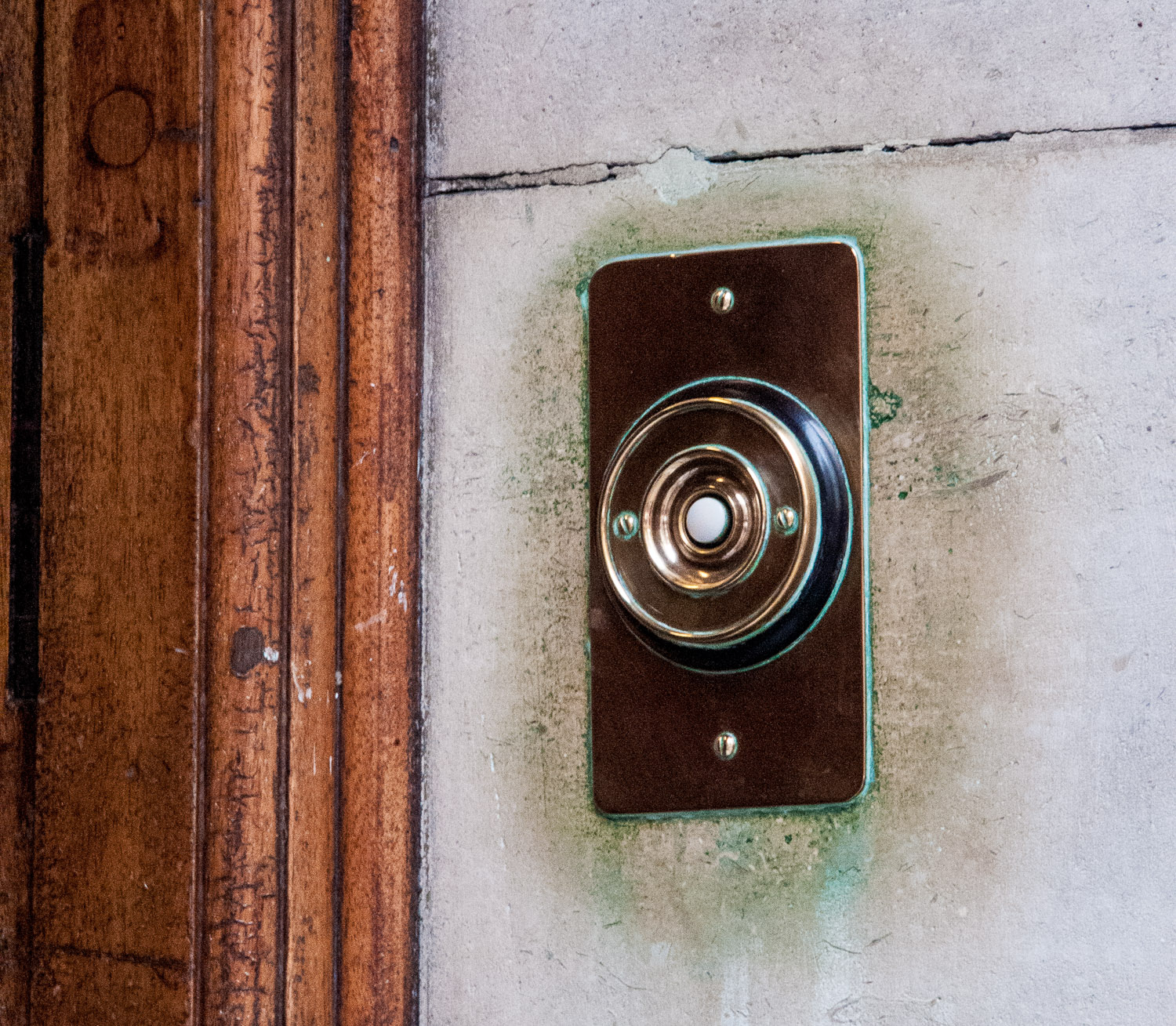 And finally, a visit to the secluded Wardrobe Place off Carter Lane. Number 2 has two bells … 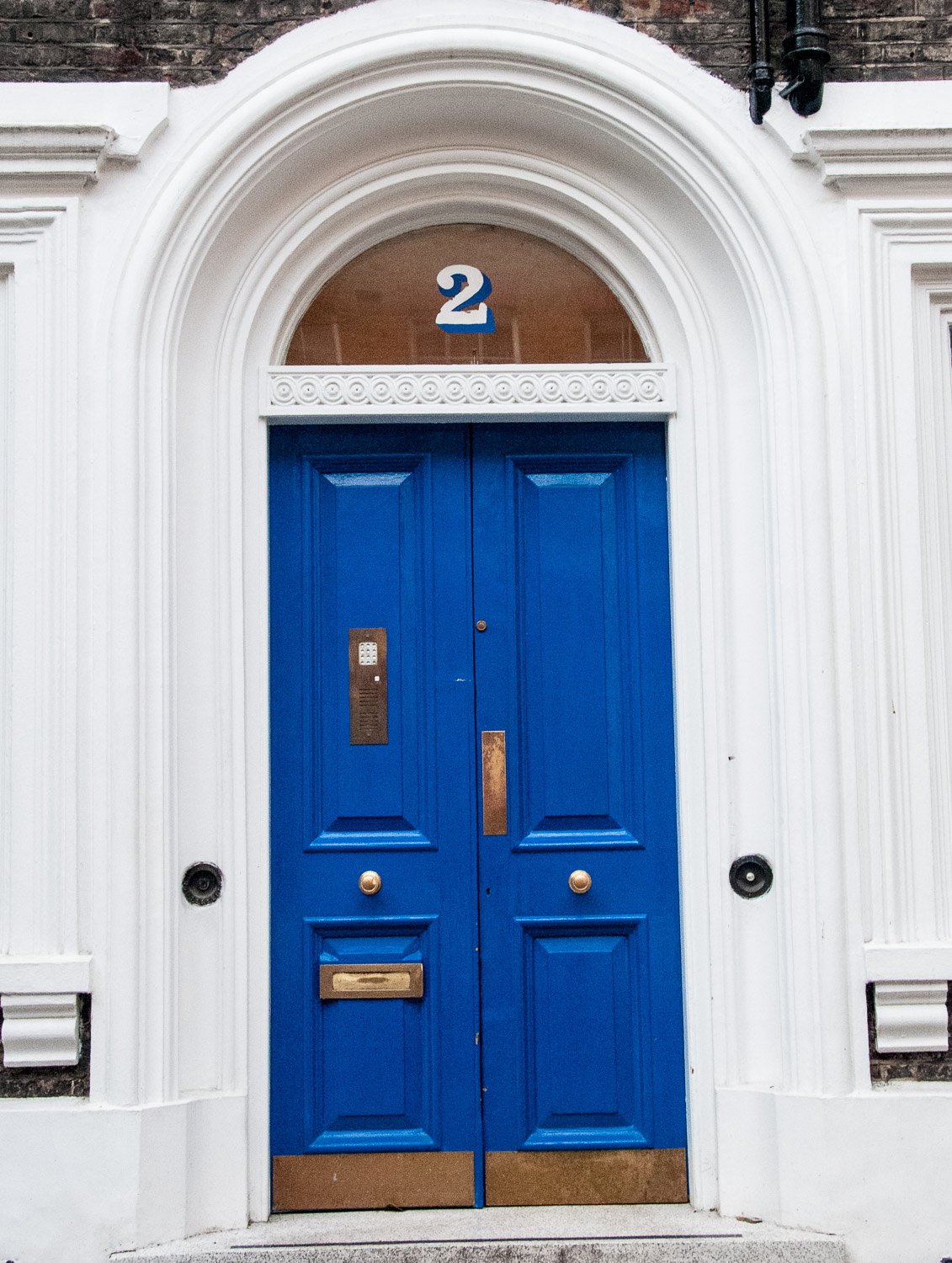 Many old City doors seem to be blue 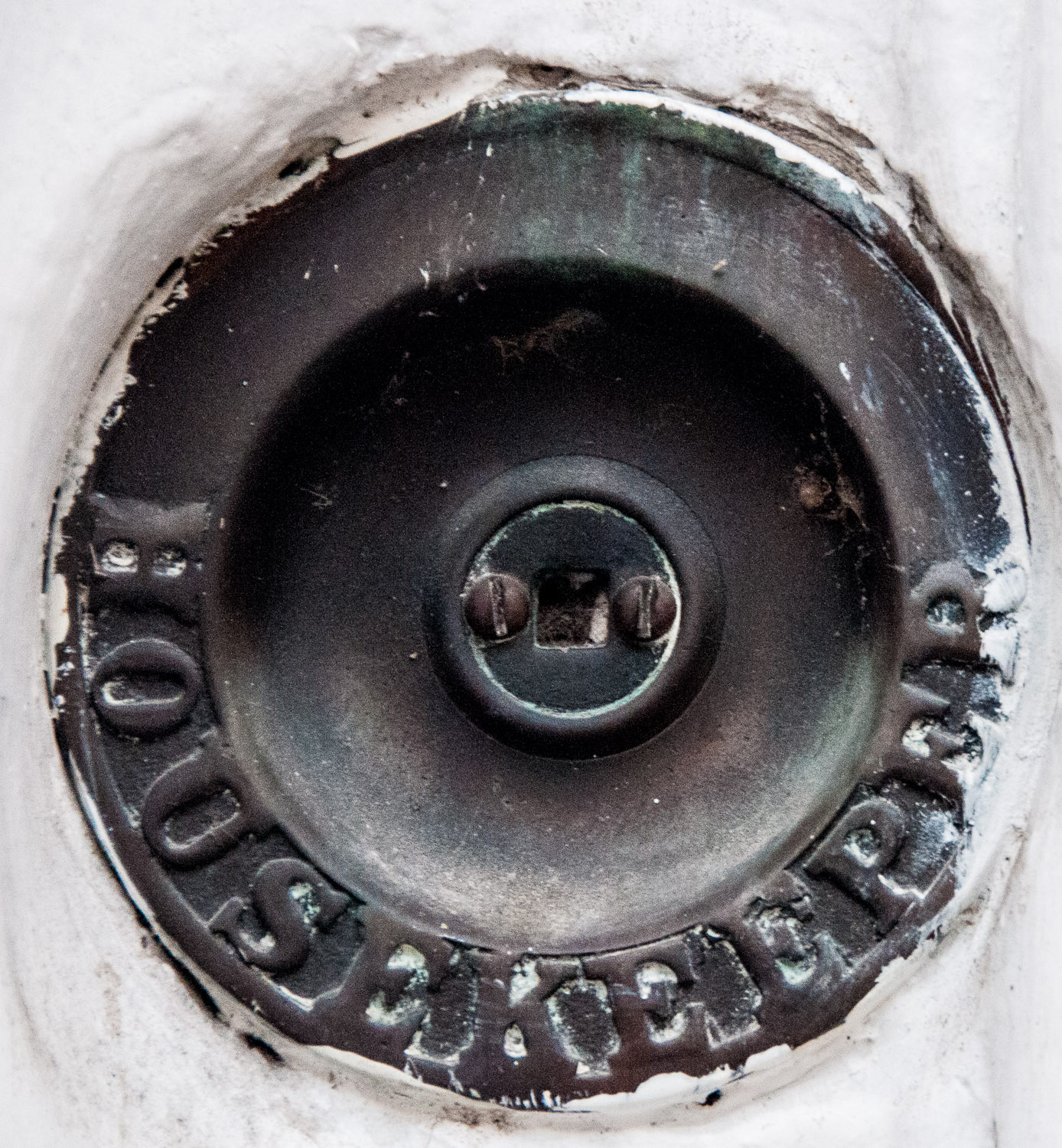 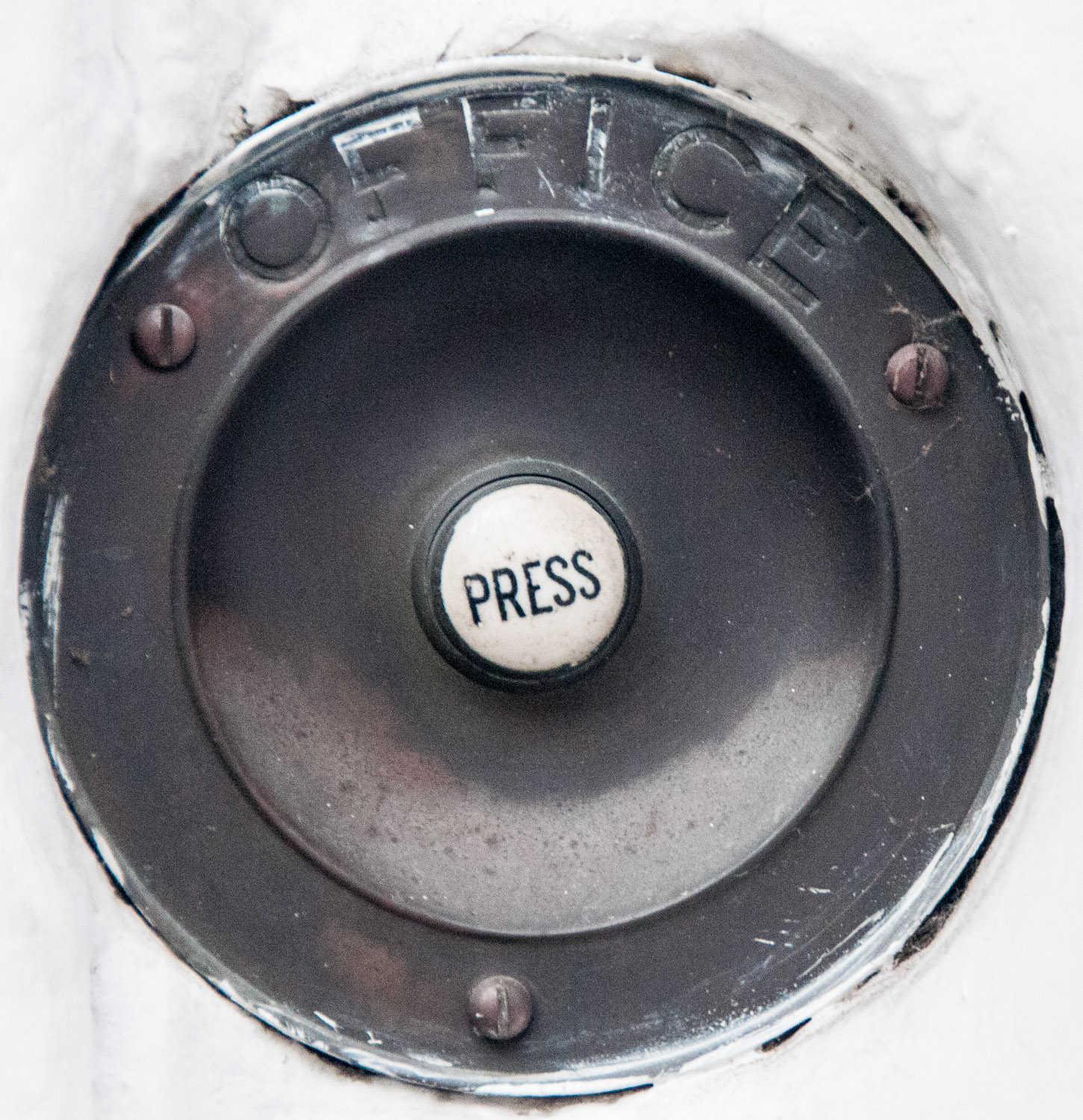 You can read more about the curiously named Wardrobe Place in my last blog City Living.

This site uses Akismet to reduce spam. Learn how your comment data is processed.