I hope you enjoyed my earlier blog on Art Deco – here is the promised post concentrating on Art Nouveau.

Art Nouveau is pretty rare in the City so it’s worth seeking out this masterpiece tucked away in Cullum Street just off Lime Street. I haven’t been able to find out a lot more about it apart from the architect (A. Selby) and that it’s reportedly named after Prior Bolton. He was a builder of some eminence employed by Henry VII and Henry VIII which included supervising work on Westminster Abbey. 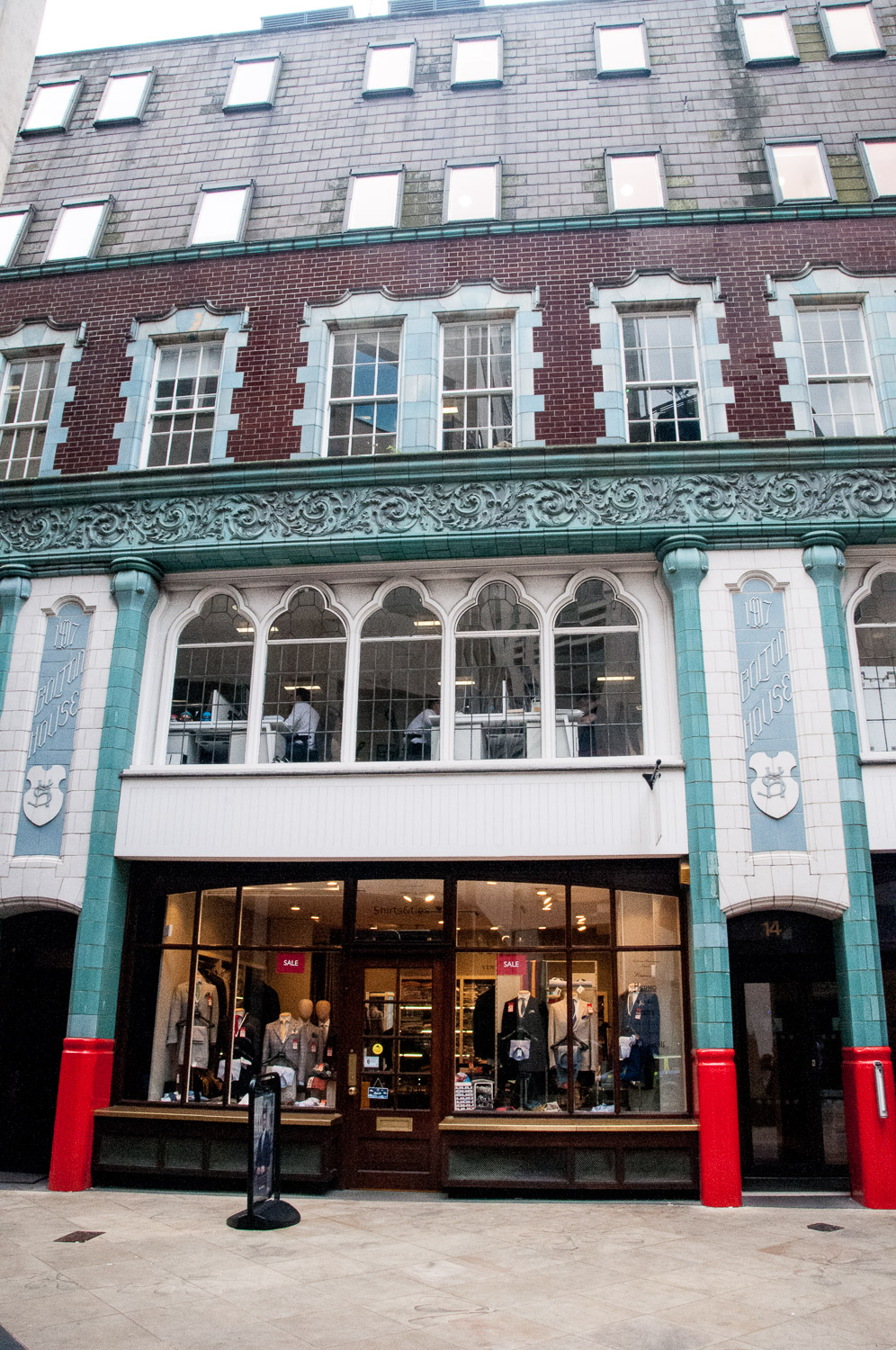 The frieze is typical Art Nouveau

The building was completed in 1907, a few years before Art Nouveau went out of fashion. 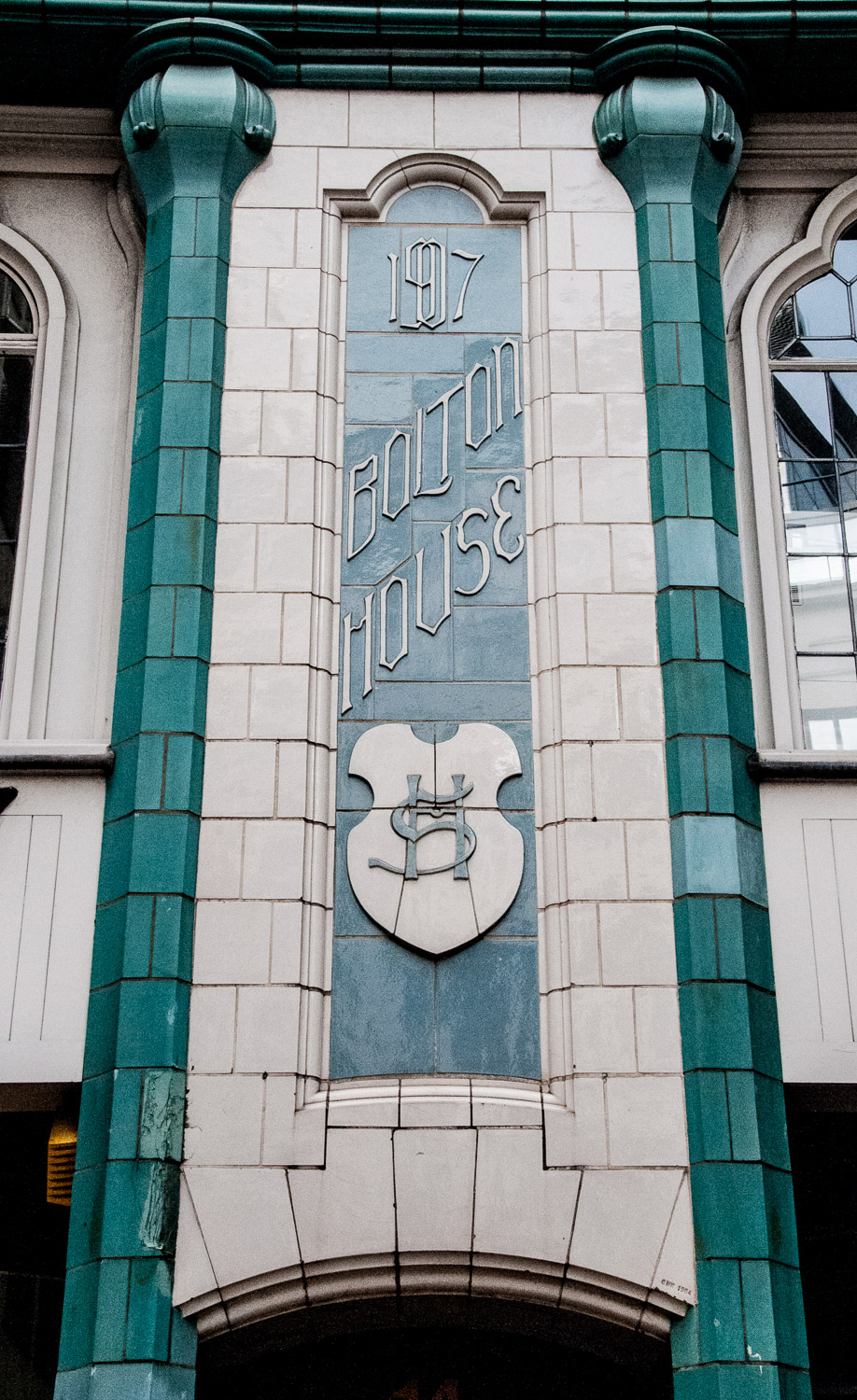 The Bishopsgate Institute is a wonderful cultural centre in the City of London.

The website tells us that the architect for the building was decided by a design competition and Charles Harrison Townsend (1851-1928), whose previous work had mainly consisted of church restoration, was chosen as the winner. Townsend was an inspiring and original architect whose work was individual rather than adhering to any particular style or movement. The Grade II* listed building combines elements of the Arts and Crafts and Art Nouveau styles, but the influences of Townsend’s interest in Romanesque and Byzantine architecture can be seen in the broad semi-circular arched entrance, twin roof turrets and mosaic interior floors. Do go inside and visit the beautifully restored library.

Townsend’s reputation today is based not only on Bishopsgate Institute but also his other major London public buildings such as the Whitechapel Art Gallery (1901) which I write about later in this blog. 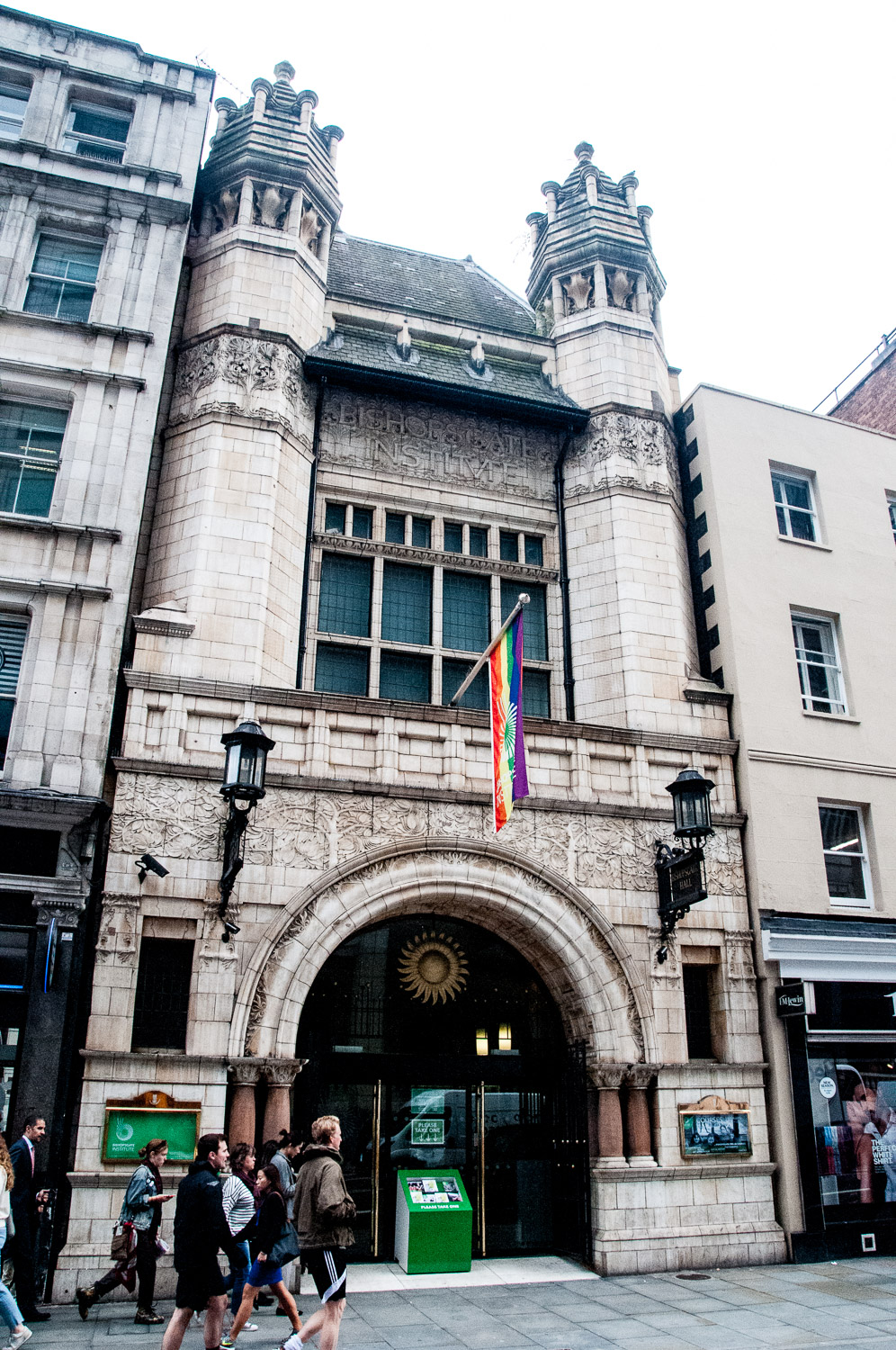 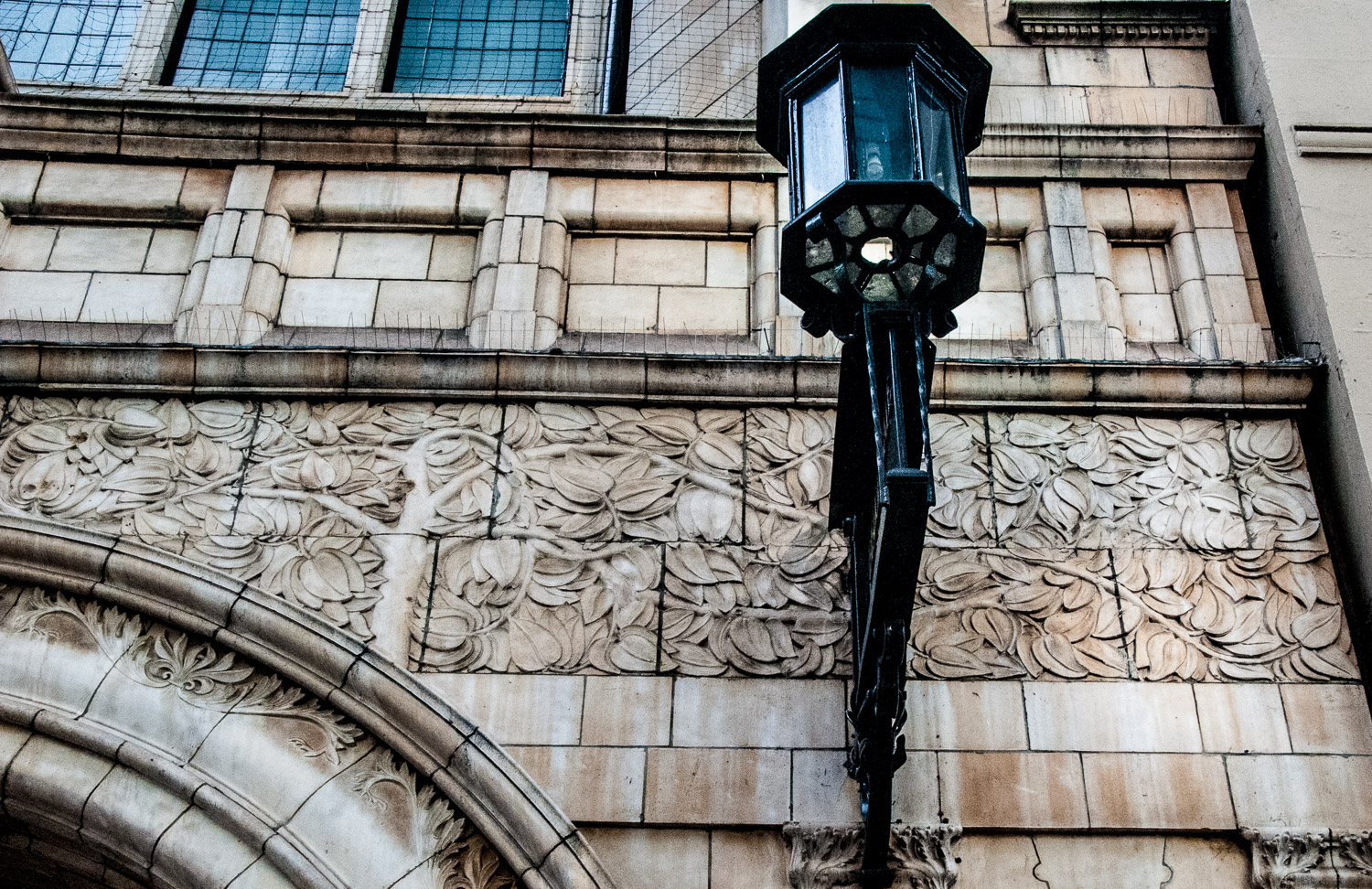 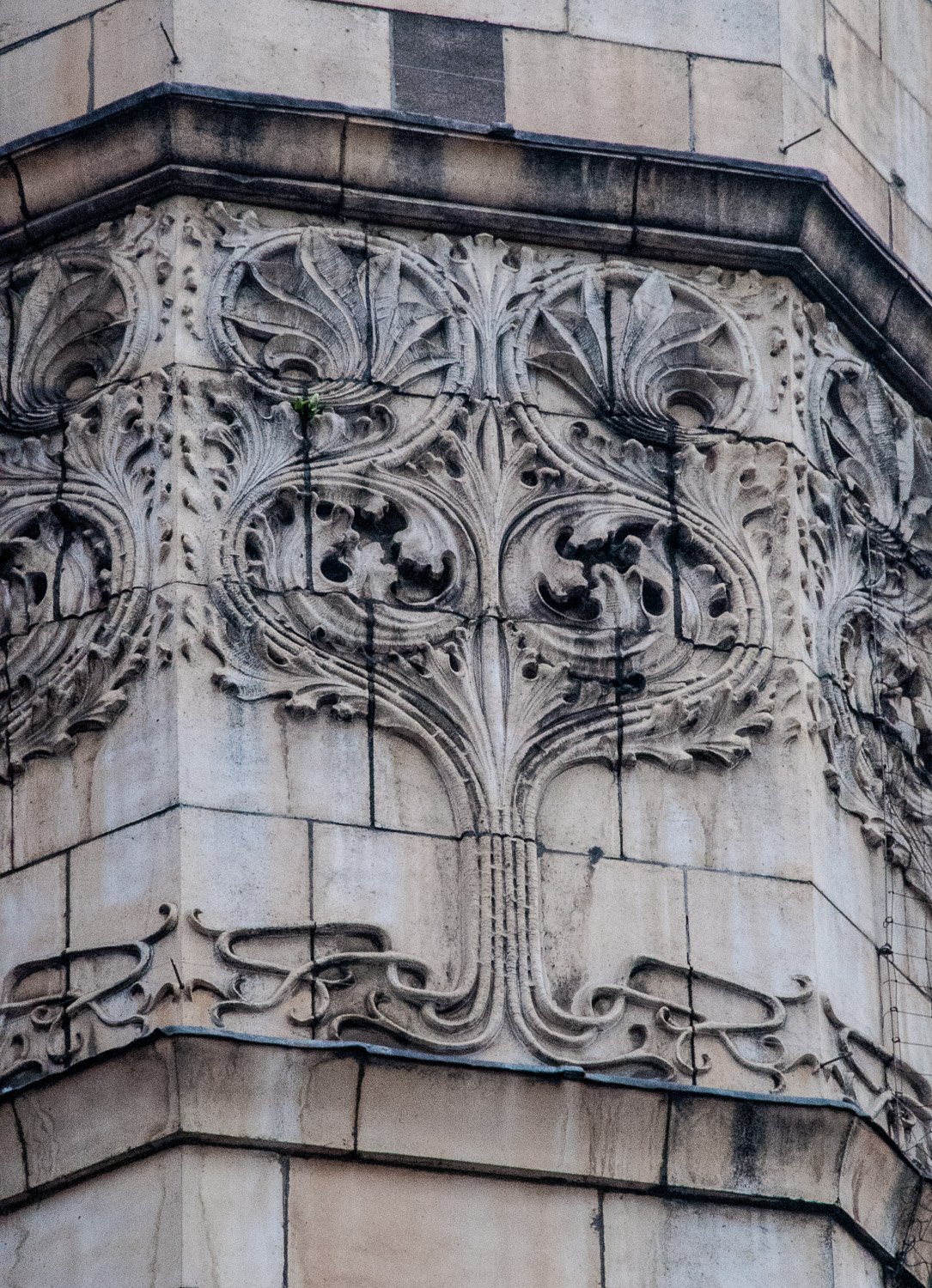 Intricate carving reflects Townsend’s fondness for the ‘Tree of Life’, an Arts and Crafts motif symbolizing social renewal through the arts.

The Whitechapel Gallery was founded in 1901 to bring great art to the people of east London. The Gallery’s history is a history of firsts: in 1939 Picasso’s masterpiece, Guernica was displayed at the Whitechapel Gallery on its first and only visit to Britain; in 1958 the Gallery presented the first major show in Britain of seminal American abstract expressionist Jackson Pollock; and in 1970 and 1971 the first shows of David Hockney, Gilbert & George and Richard Long were staged to great acclaim.

Turning now to the building itself, the rectangular space between the turrets was originally intended to be covered with a mosaic frieze, but this proved too expensive. In 2012, however, the acclaimed artist Rachel Whiteread created a beautiful substitute. The work was Whiteread’s first ever permanent public commission in the UK. 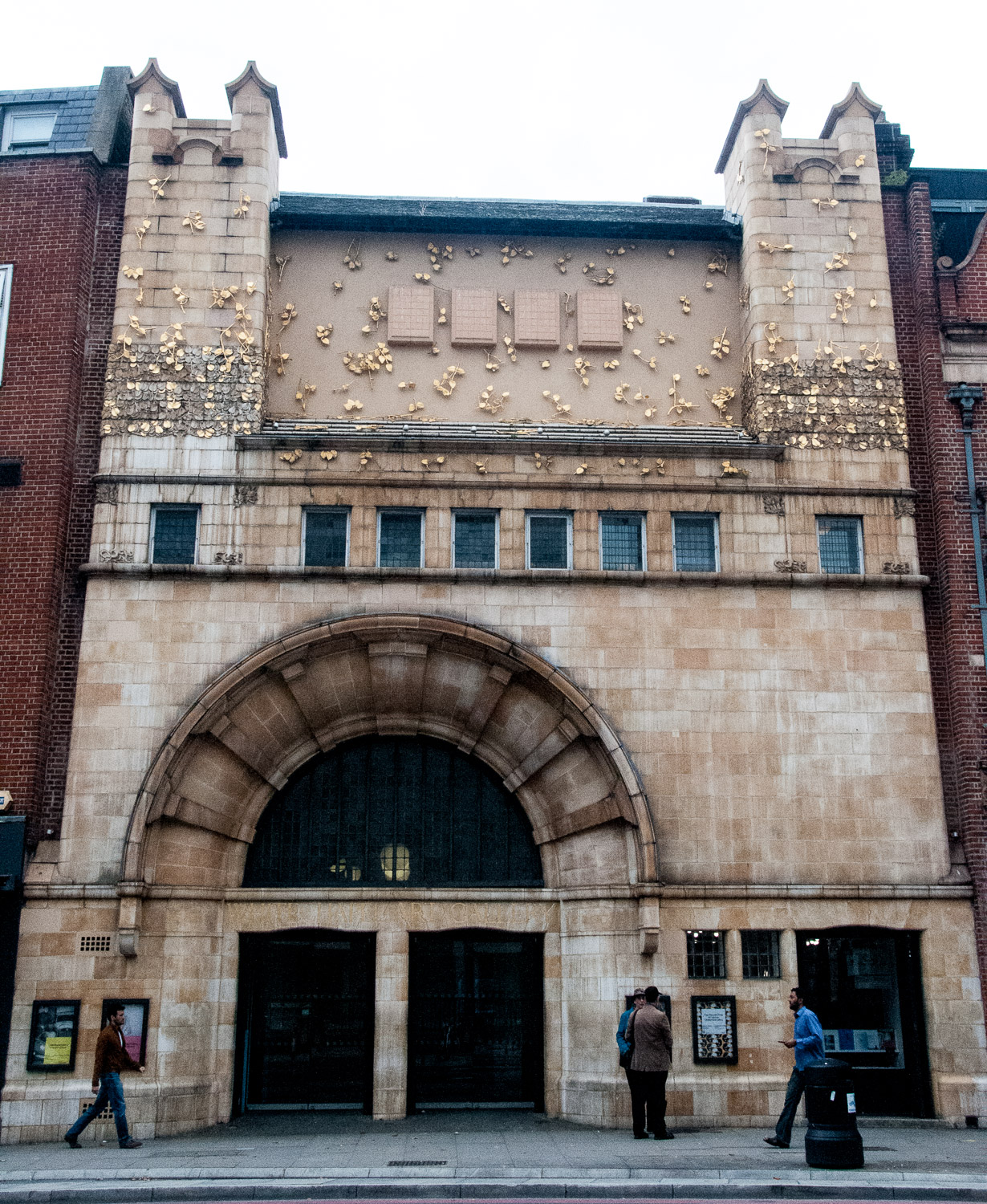 You can see the similarity to the Bishopsgate Institute

Like the Bishopsgate Institute, the Gallery’s towers each feature a Tree of Life. The Gallery brochure explains that, for this new work of art, Whiteread has cast their leaves in bronze to create an exhilarating flurry across the frieze. Four reliefs, casts of windows, stand as reminders of previous architectural interventions. Inspired by the tenacious presence of urban plants like buddlea, which the artist calls ‘Hackney weed’, Whiteread has covered the leaves and branches in gold leaf, making them part of London’s rooftop repertoire of gilded angels, heraldic animals and crests. 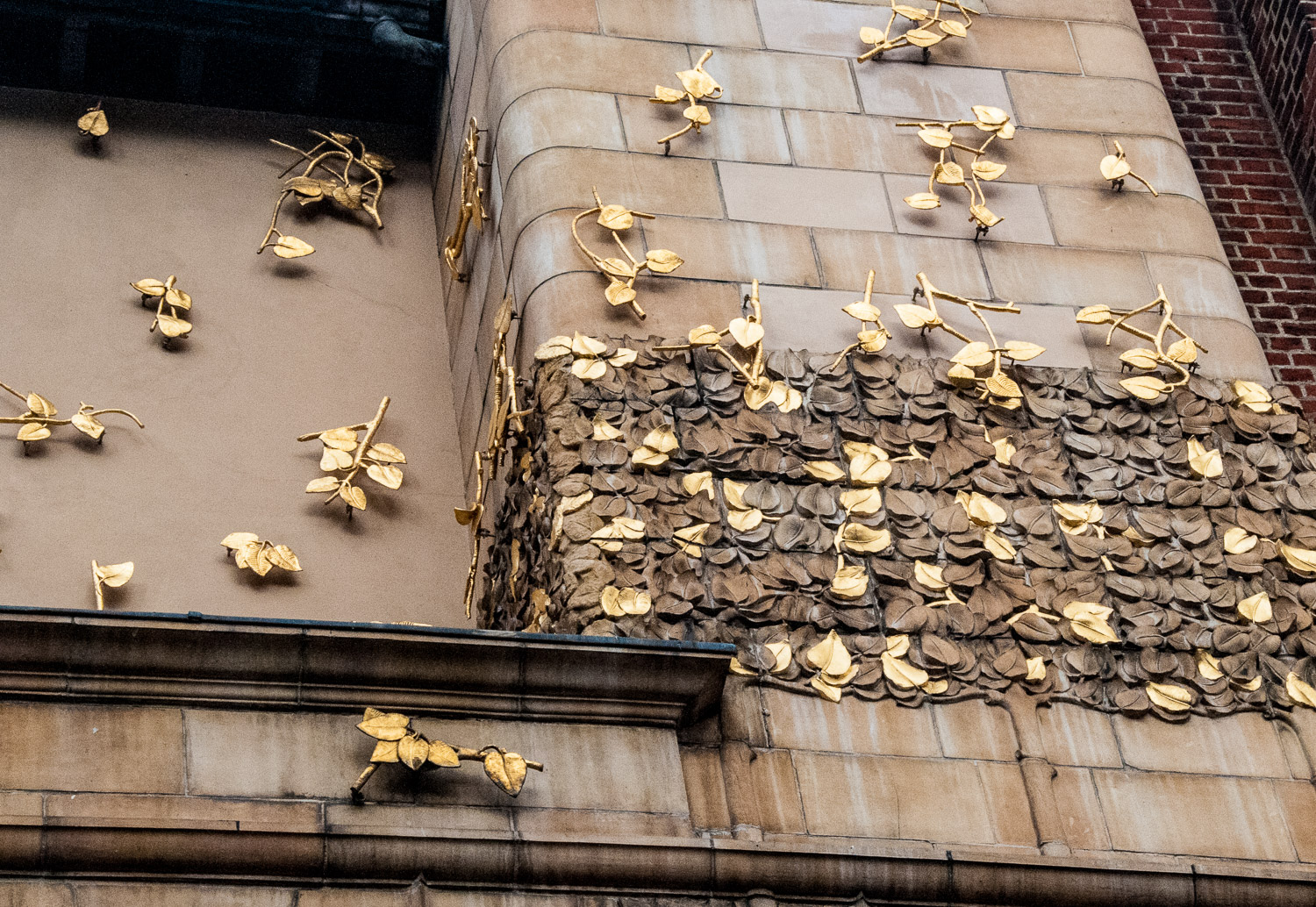 Connoisseurs of both architecture and beer will know of the splendid Black Friar pub on Queen Victoria Street. An Art Nouveau delight which was saved from demolition in the 1960s by a campaign led by Sir John Betjeman and Lady Dartmouth. It’s packed with fascinating details so I will be heading off there with my camera and devote more space to it in a future blog than I have available now. 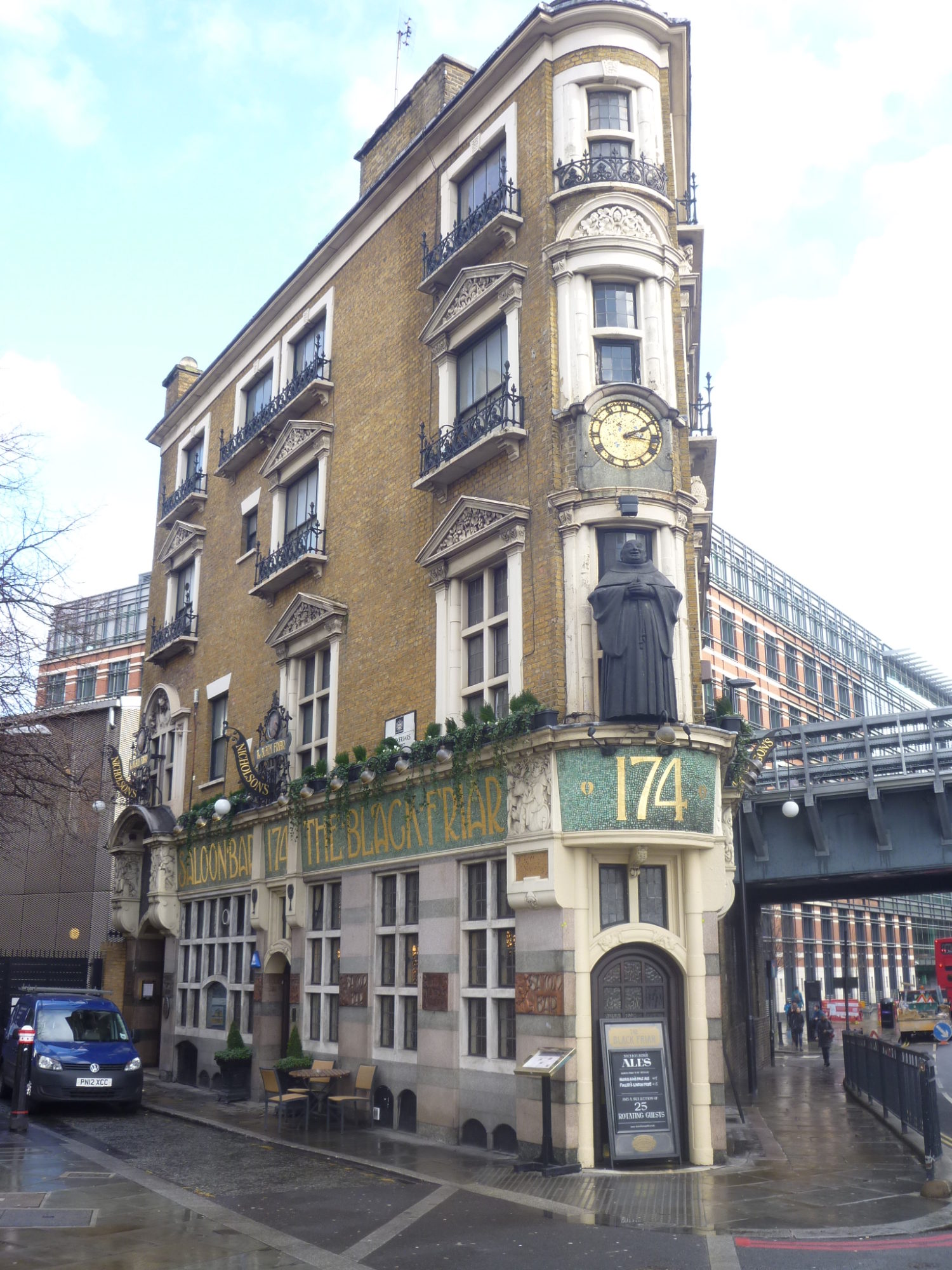