Over the years much of the City has been built with, and embellished by, many different types of stone. One of the wonderful features of some of these varieties is their tendency to contain evidence of creatures that lived literally eons ago.

Around 250 million years ago, England was submerged beneath a shallow tropical sea. Punctuated with islands and coral reefs, the scene would have looked something like the Caribbean today – which is not so surprising, given that the land mass was located at a much more southerly point on the globe. As the tiny creatures swimming in the sea died, their shells drifted down to the ocean floor. Over hundreds of thousands of years, this layer of shells built up to many feet deep. In time, about 175million years ago, the land was pushed above sea level, leaving a landscape of river deltas. South-west England was covered in a vast, calm lagoon, super-saturated with the mineral calcium carbonate. Tiny circular deposits of it formed around grains of sand, each of which is termed an oolith. After millions of years, these dots fused together into the limestone we see on our buildings today.

Look closely at the elegant limestone facade of the Guildhall Museum and Art Gallery and you will see a great collection of bivalves – oyster shells from the Jurassic period when dinosaurs really did walk the earth. 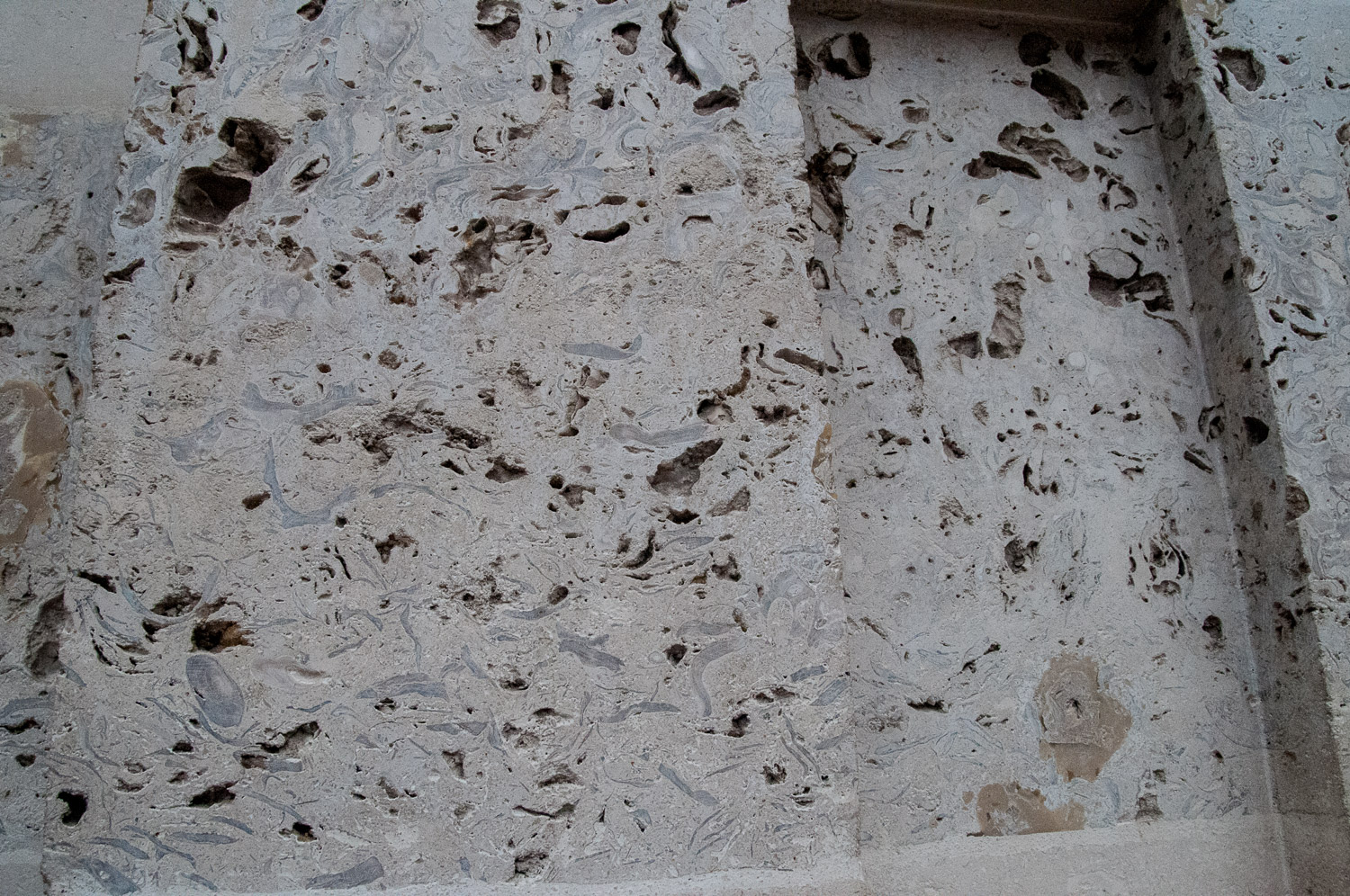 There are more bivalves in this contemporary seating at the west end of Cheapside: 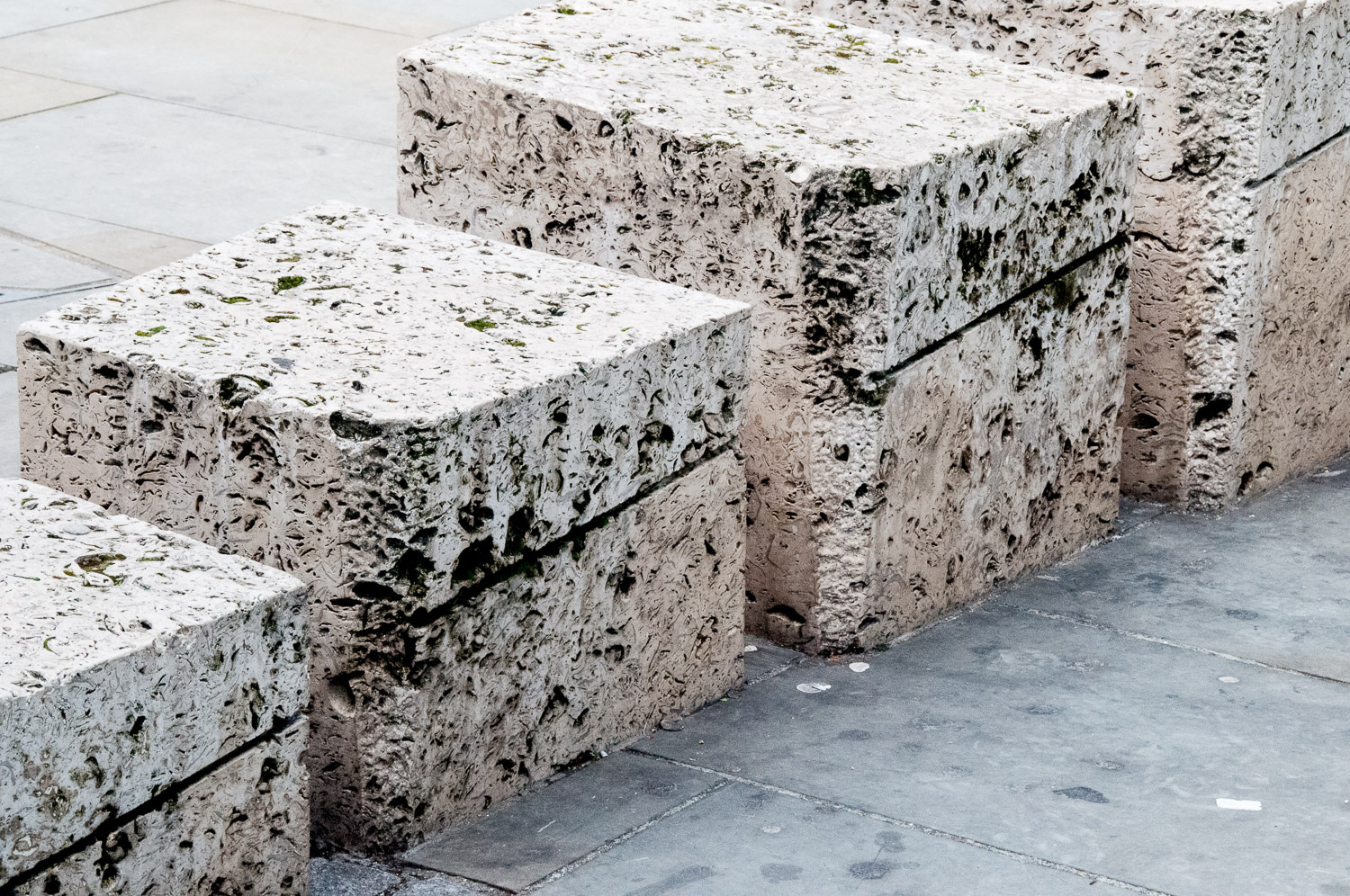 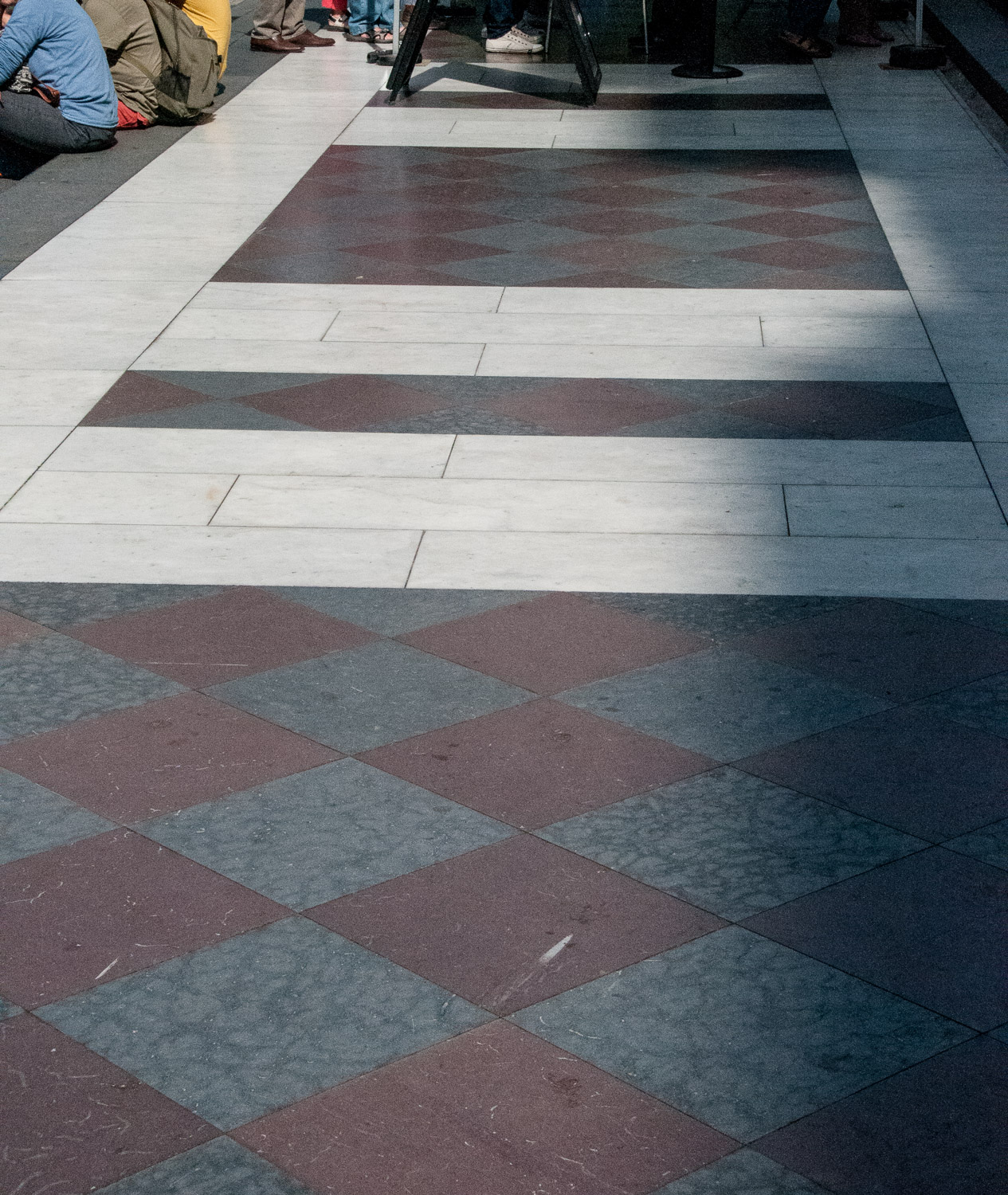 Steps leading up to the West door of St Paul’s 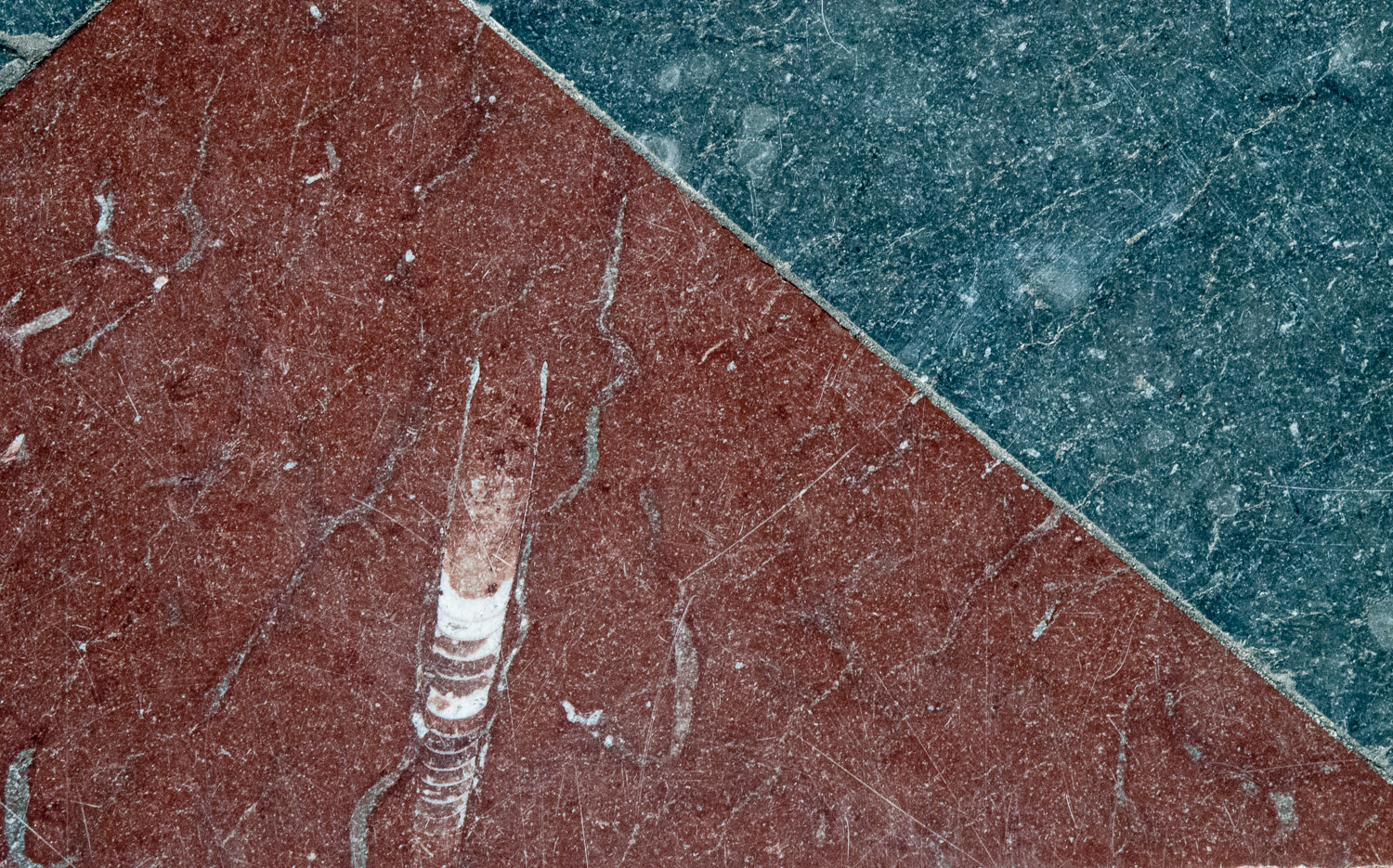 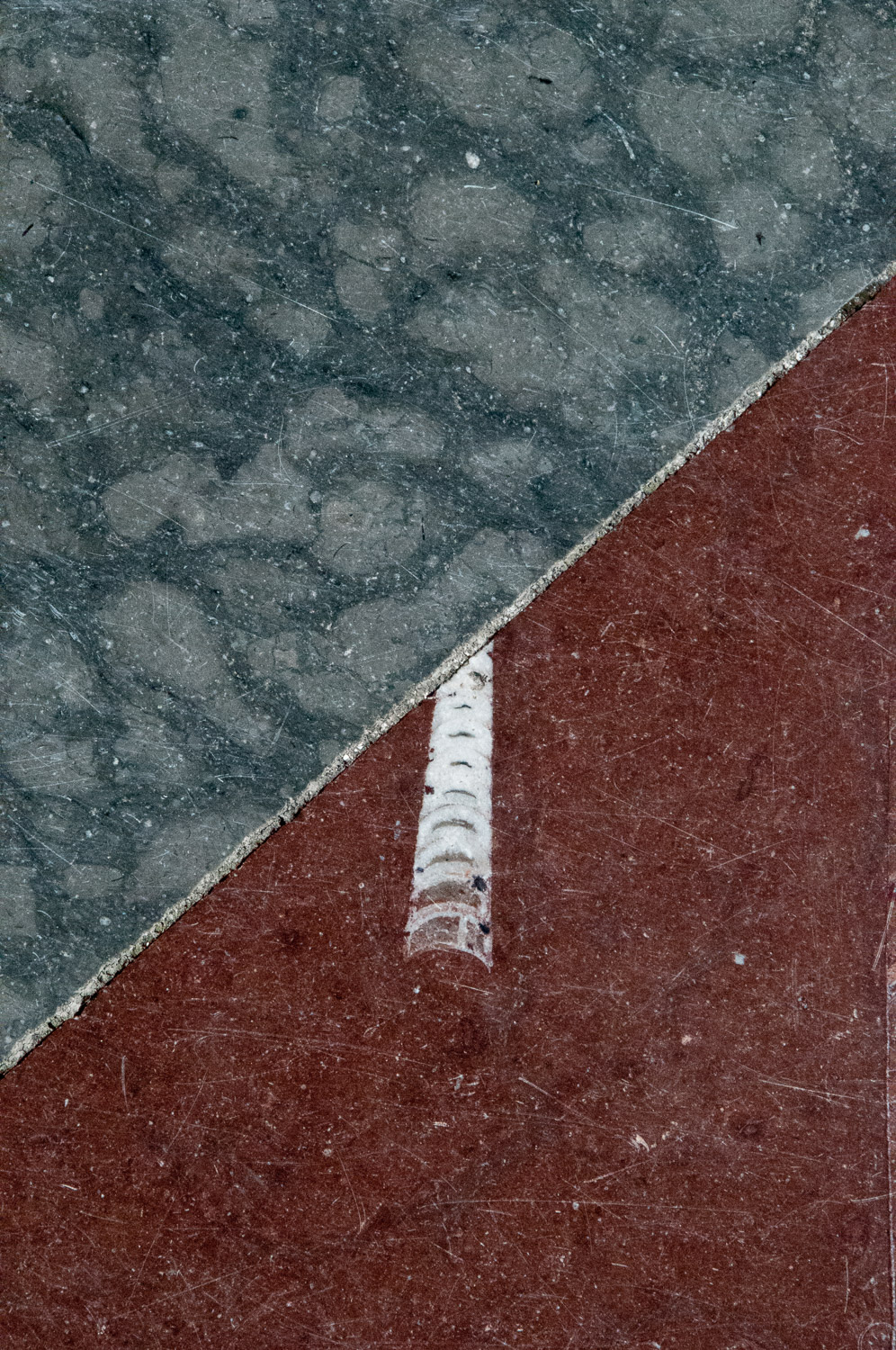 The rings show its stages of growth

And finally, if you are walking past Pizza Express on the corner of Russia Row and Milk Street, pause for a moment to examine the round dura marble pillars that surround it and you will see a very elegant ammonite cross section. 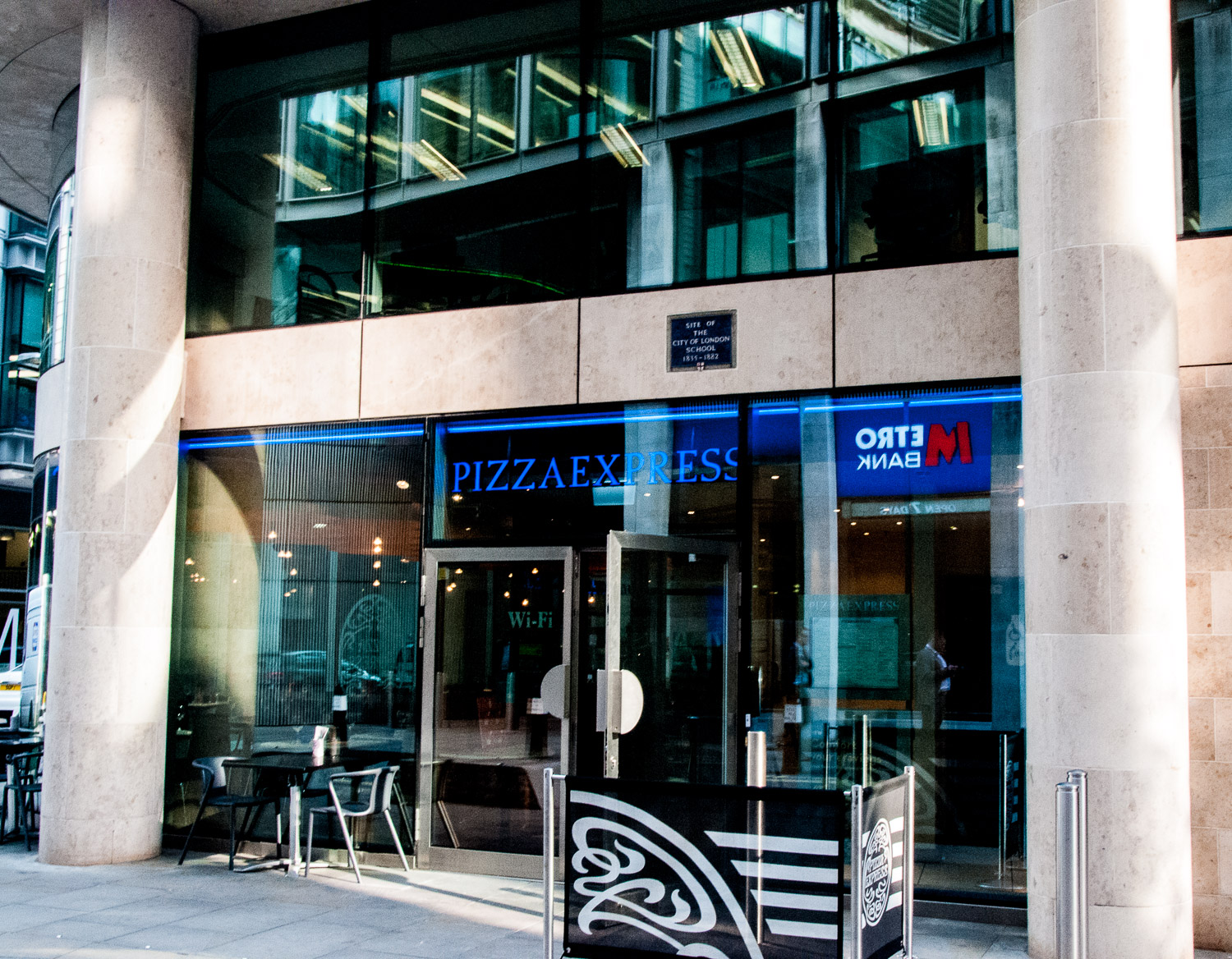 Ammonites are probably the most widely known fossil and are another cephalopod. They have an attractive spiral form shell and lived in the sea between 240 and 65 million years ago – becoming extinct along with the dinosaurs. 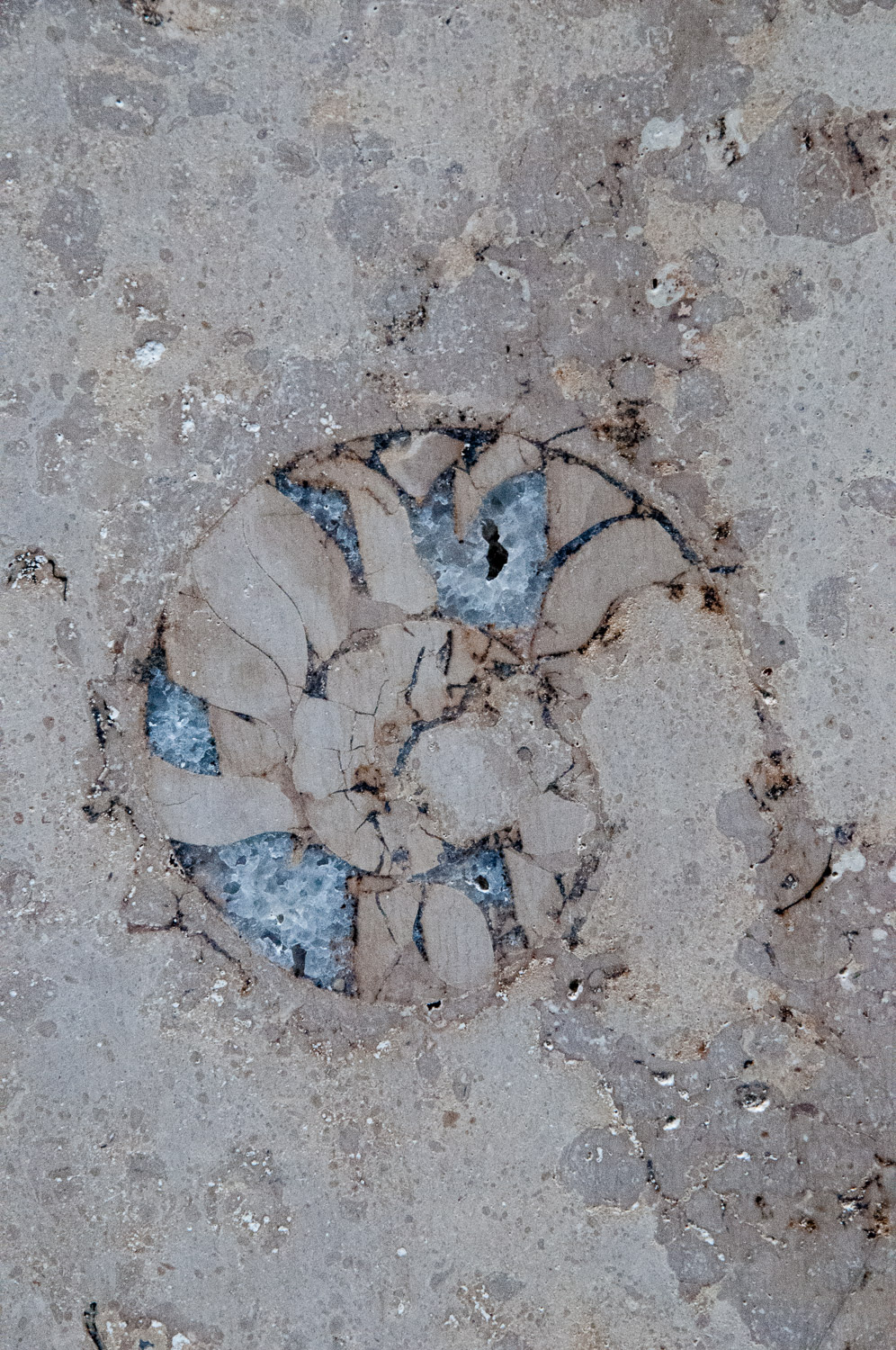 Ammonite in a pillar outside Pizza Express

If you’d like to read more about limestone, there is a great article by Clive Aslet in the Daily Telegraph online archive from which I have drawn much of the above entitled ‘The Stone that built a country’, 20 March 2007.